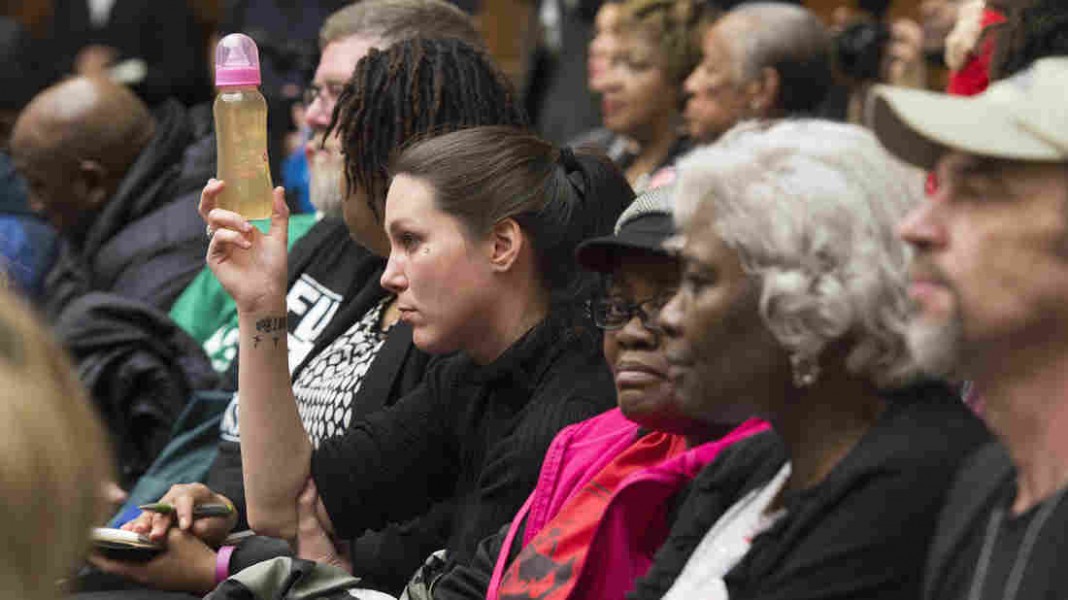 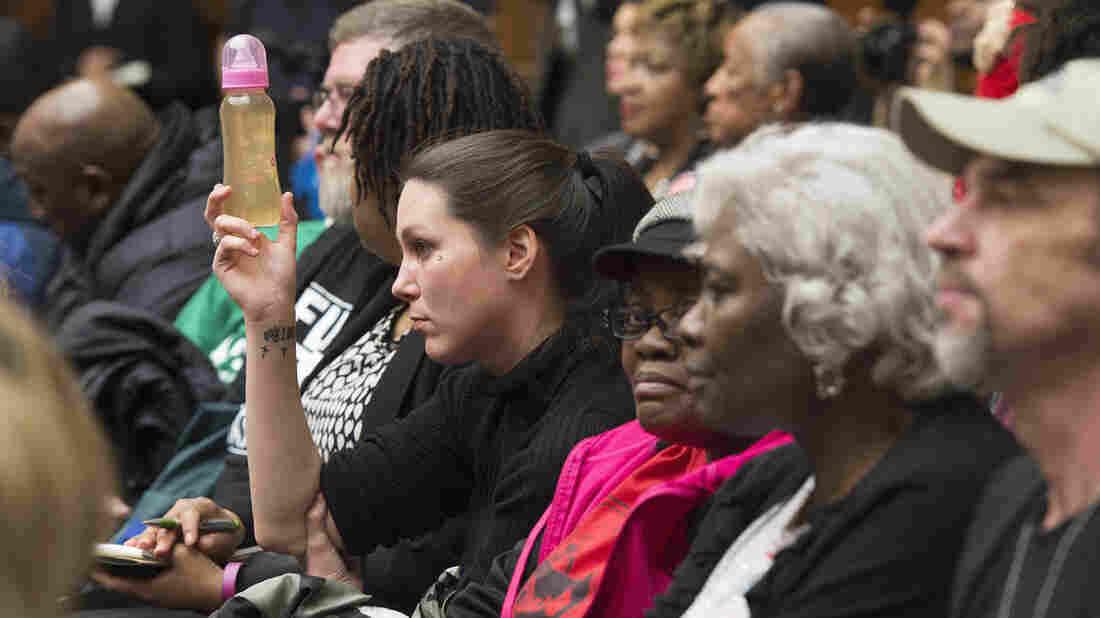 Flint, Mich. resident Jessica Owens holds up a baby bottle of water from her home in Flint while attending a hearing on Capitol Hill about the city’s water crisis. Molly Riley/AP hide caption

Flint, Mich. resident Jessica Owens holds up a baby bottle of water from her home in Flint while attending a hearing on Capitol Hill about the city’s water crisis.

Michigan’s director of its Department of Health and Human Services, Nick Lyon, has been charged with involuntary manslaughter and misconduct in office over the Flint water crisis.

Lyon and Wells are the highest-ranking state officials to be charged in the crisis. The charges stem from an investigation led by Michigan’s attorney general.

Flint’s water quality attracted national attention after lead seeped into the city’s pipes. The city had switched its water source to the Flint river and failed to immediately treat it. Officials dismissed residents’ concerns that the water was discolored and smelled.

Residents were forced to use either contaminated or bottled water.

Michigan’s Attorney General Bill Schuette launched a probe of the water crisis in January 2016. The investigation is looking into “what, if any, Michigan laws were violated in the process that resulted in the contamination crisis currently forcing Flint residents to rely on bottled water for drinking, cooking and bathing as they fear for their health.”

More than a dozen former state and city officials have been criminally charged in connection with the Flint water crisis so far.