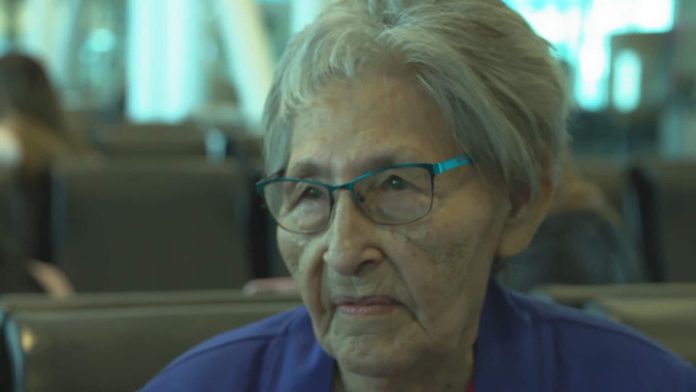 Childhood memories flooded back for Angie Crerar, an elder from the  Métis Nation of Alberta, as she embarked on her journey to Rome for a historic meeting with Pope Francis.

The Métis delegation is the first of three Indigenous delegations, along with First Nations people and Inuit, scheduled for audiences with the Pope this week to discuss the impact of the Roman Catholic Church’s role in operating the majority of residential schools in Canada, and how the church can try to make amends.

On the way to Rome, Crerar wore a deep blue blazer and red Métis sash that represents the blood Métis shed fighting for their rights.

While she waited to depart the Montréal-Pierre Elliott Trudeau International Airport, Crerar was reminded of what helped her survive nearly a decade of residential school.

“Although they tried to change us, to say that our family was no good … my mom and dad taught us kindness, to love, respect,” Crerar said. 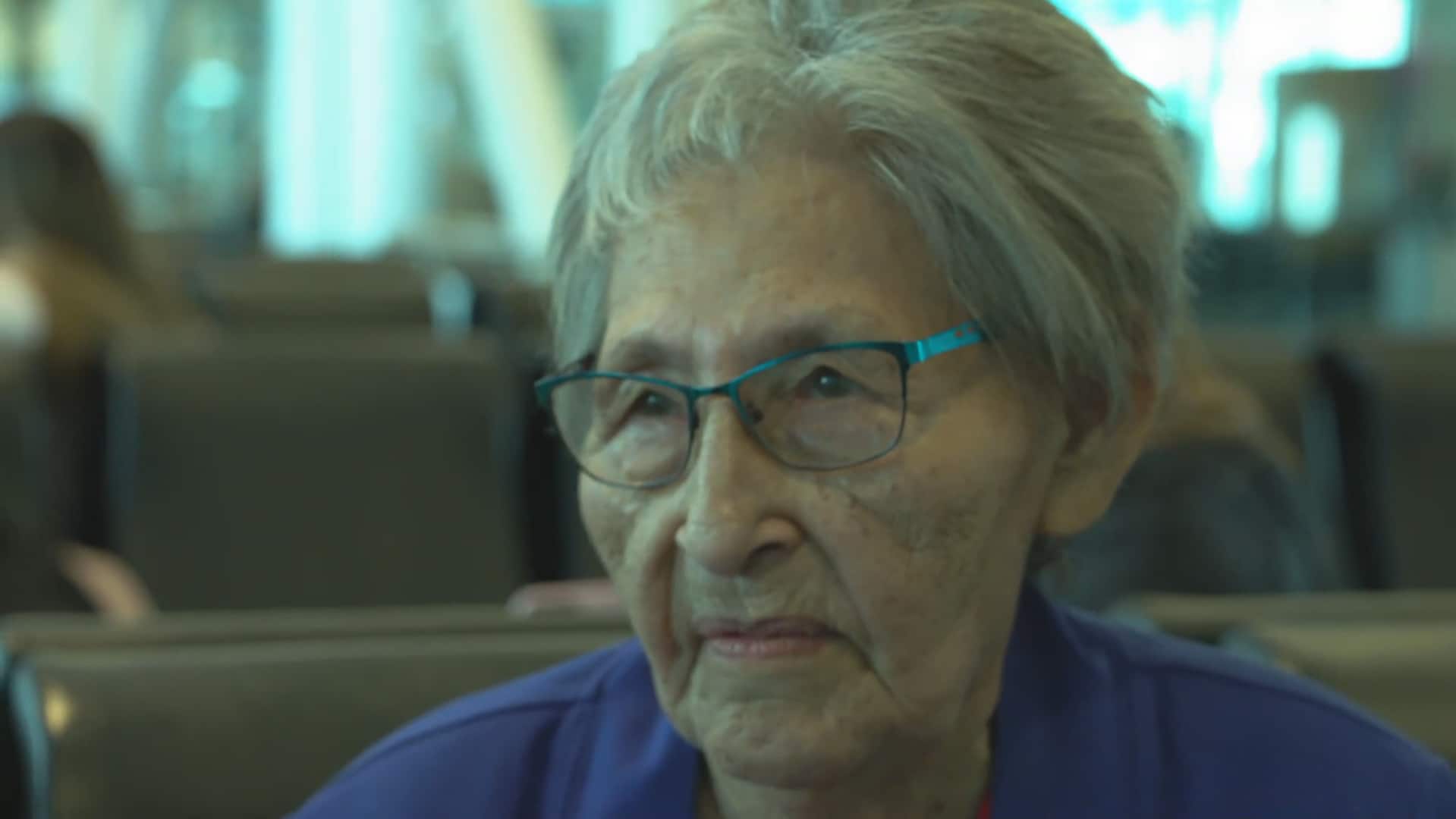 It’s with that sentiment that Crerar is focusing her message to Pope Francis not only for an apology, but to also help identify the lost children from residential schools.

“These children have the right to have a name and identity,” Crerar said.

Demand to access all church and residential school records

Métis National Council President Cassidy Caron will help Crerar push for unfettered access to church and residential school records with the Pope and other church officials the delegation plans to meet this week, including Roman Catholic cardinals.

“Putting names to the children is incredibly important in the healing journey of our people,” Caron said.

“We will be advocating for that to Pope Francis as well as many other church officials, who we will be meeting with throughout this week.”

WATCH | The significance of the pope’s meeting with Indigenous delegates: 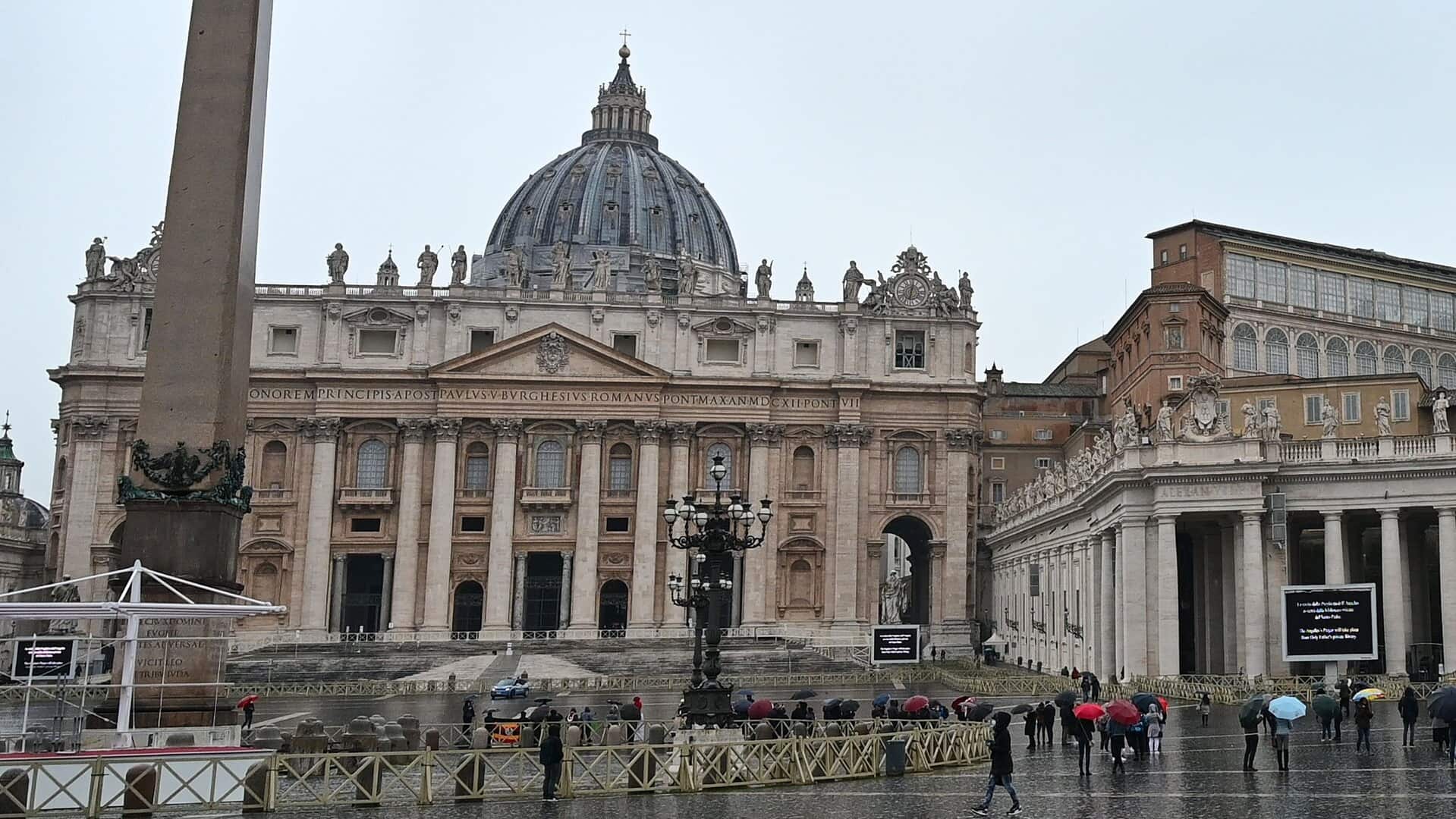 Indigenous delegates are meeting with Pope Francis in hopes he’ll commit to a formal apology for the Catholic Church’s role in running residential schools in Canada. Here’s why it matters and how it could change things. 1:17

Crerar said she will never forget the day in 1946 when she not only became a residential school student, but a mother to her two younger sisters aged five and three.

The RCMP took her and her siblings on a plane away from Yellowknife after her mother died of tuberculosis.

Crerar spent nine years at the Roman Catholic-run St. Joseph School in Fort Resolution, N.W.T., from the age of eight to 17.

Audrey Poitras, a longtime friend of Crerar’s and president of the Alberta Métis Nation, sat with her arm around her at Gate 60 on Sunday.

Poitras called Crerar last October to tell her she was selected by the Métis Nation to be part of its primary delegation for the Vatican meetings.

Poitras won’t be in the room for Monday’s private meeting between the Métis delegation and Pope Francis, but will be watching from a screen in a nearby room.

She will also attend the pontiff’s last audience on Friday, which will be public, and include members of all the Métis, First Nations and Inuit delegations, along with their family members and support members.

Back in 2004, Poitras said Crerar pushed her to collect stories about Métis residential school survivors because she felt it was time for them to be told.

“I’m really pleased that I’m able to go with her and share with her another leg of her journey,” Poitras said.