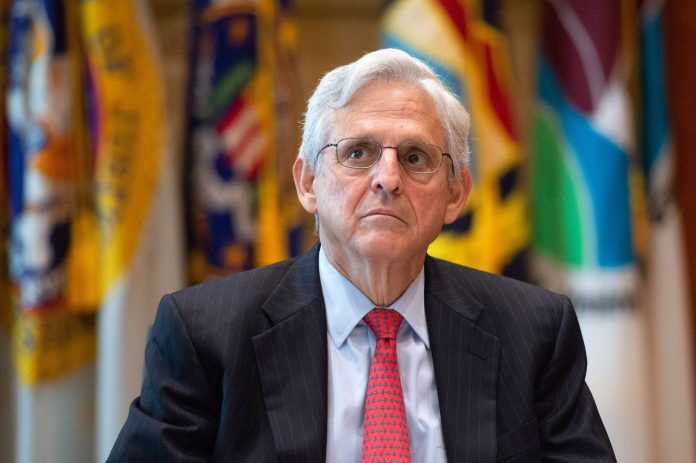 Attorney General Merrick Garland said the Justice Department’s criminal probe into the Jan. 6, 2021, insurrection is being pursued “without fear or favor” as federal prosecutors reportedly are zeroing in on former President Donald Trump’s conduct related to the insurrection.

Asked by NBC News’ Lester Holt if the unprecedented stakes of potentially indicting a former president is a concern, Garland repeated his assertion that no one is above the law.

“Look, we pursue justice without fear or favor,” Garland said. “We intend to hold everyone, anyone who was criminally responsible for events surrounding Jan. 6, for any attempt to interfere with the lawful transfer of power from one administration to another, accountable. That’s what we do. We don’t pay any attention to other issues with respect to that.”

Garland pledges to hold accountable anyone “criminally responsible for the events surrounding Jan 6, for any attempt to interfere with the lawful transfer of power from one administration to another” pic.twitter.com/1J041nB5eH

Garland’s interview aired Tuesday, the same day The Washington Post reported the DOJ’s Jan. 6 investigation has expanded to include Trump himself and his efforts to cling to power, even after he lost the 2020 presidential election to Joe Biden. Investigators are asking witnesses questions about Trump’s actions and meetings with lawyers and others to overturn the election, including a scheme to install fake electors, the Post said.

Marc Short, former Vice President Mike Pence’s chief of staff, on Monday confirmed to CNN he appeared before a federal grand jury related to Jan. 6, but would not elaborate. Short is the highest-ranking aide from the Trump administration to testify so far, suggesting the probe is heating up.

The DOJ investigation is running concurrently with the House select committee’s Jan. 6 probe. The panel wrapped up its summer hearings last week, but signaled that its work is far from over.

The panel on Tuesday posted a video on social media of former acting Secretary of Defense Chris Miller’s testimony he was “surprised” to see statements suggesting Trump had ordered 10,000 troops to protect the Capitol during the riot.

“There was no official message traffic or anything of that nature,” Miller said. “That was not part of my plan or the Department of Defense’s plan.”

Garland told NBC News his department has learned from the committee’s findings.

“The Justice Department has been doing the most wide-ranging investigation in its history,” he said. “And the committee is doing an enormously wide-ranging investigation as well. It is inevitable that there will be things that they find before we have found them. And there is, it’s inevitable that there will be things we find that they haven’t found.”

The committee can’t bring criminal charges, but can refer its findings to the Justice Department for prosecution. Garland said that step is up to the committee members.