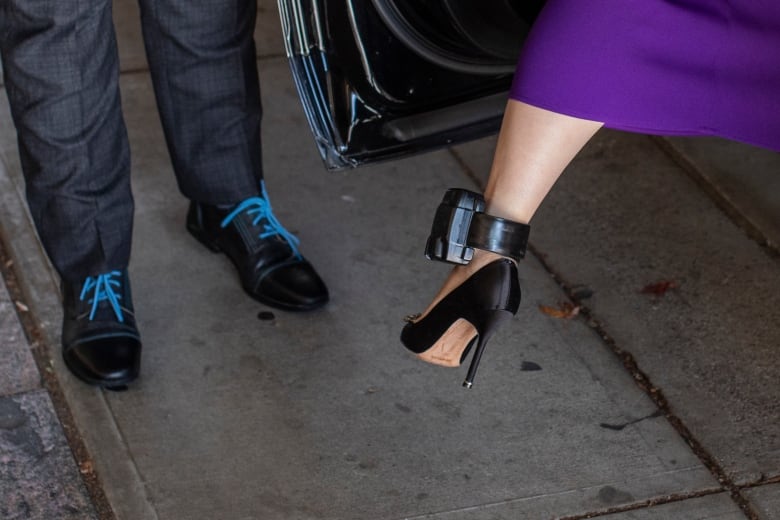 A lawyer for Meng Wanzhou accused the United States Wednesday of abusing the privileges of its extradition treaty with Canada to try to deliver the Huawei executive to New York on a faulty set of facts.

In a final bid to B.C. Supreme Court Associate Chief Justice Heather Holmes, Frank Addario told the judge she should hold a detailed hearing on allegations the U.S. misled the court by omitting key components of the case that undermine allegations of fraud against Meng.

The Crown had argued that by entertaining the defence’s arguments, the judge risked turning the extradition hearing into a trial and upending a process deliberately designed to be speedy.

But Addario said that wasn’t the case.

“I recognize that the extradition process is heavily tilted in favour of committal,” Addario told the judge.

“You were told that there is this long, eye-watering strain of cases that dismiss these kinds of motions — but this is not a garden-variety extradition case. Our record is different.”

Holmes reserved her judgment Wednesday after two-and-a-half days of hearings related to the underlying record of the case against the 48-year-old chief financial officer.

Meng is accused of lying to an HSBC executive in an August 2013 PowerPoint given to reassure the bank about Huawei’s relationship with a company reported to have violated U.S. economic sanctions against Iran.

According to the record of the case filed with the courts by the United States, Meng used the PowerPoint to reassure the banker that the company, SkyCom, was just a local business partner, when in fact it was a subsidiary.

This week’s hearing was held as a kind of a screening mechanism for the judge to see whether to look deeper into the defence’s contention that the U.S. deliberately omitted two slides from the PowerPoint which showed Meng didn’t mislead the bank.

The defence claims that HSBC was “put on notice” and had an alternative means to clear Huawei’s transactions through Hong Kong — outside of the United States.

Meng’s lawyers also sought to introduce affidavits from a series of experts on tax law, U.S. criminal proceedings and the international finance system.

‘An invitation to get down into the weeds’

In a withering attack, Crown lawyer Robert Frater accused the defence of trying to turn the proceeding into a trial.

He said that admitting the additional evidence would force the Crown to respond with its own set of experts on matters that are well outside Holmes’ roles and responsibility.

“This is an invitation to get down into the weeds of U.S. law,” Frater told the judge. “What are you going to do with the duelling experts?”

Frater said the impugned PowerPoint was intended as a “tool of persuasion” to convince HSBC to keep doing business with Huawei because “Huawei is not SkyCom.”

“The fact that it may not be full of lies is neither here nor there,” he told Holmes.

“The point of fraud, surely, is deception. Deception is something that’s practised as an art. Effective deception is not going to be obvious.”

A rubber stamp for extradition?

The extradition process generally acts like a pre-trial proceeding in which a judge determines whether a requesting state has a presumptive case to prosecute someone for an offence that would be considered a crime in both countries.

Defendants are not allowed to argue a defence or an alternate inference of the facts before the judge — something Frater claimed Meng’s lawyers were trying to do.

But Addario rejected that notion.

He said there is a “duty of candour” inherent in the terms of the treaty that allows Canada and the United States to ask each other to extradite citizens in a streamlined manner.

And he suggested that refusing to consider what the defence claims is the full version of events would risk returning the role of the judge to a “rubber stamp.”

“The privilege of being a treaty partner whose version of events is presumed to be reliable doesn’t include the privilege of writing the certified record of the case, knowing it’s going to court in a way that’s designed to trick the judge into thinking a sanctions violation was inevitable,” Addario told the judge.

Holmes did not say when she expects to deliver a decision on the defence’s applications.

Meng is next set to appear in court at the end of October, when a week of hearings has been set aside for her lawyers to question the police officers and border agents who detained her at Vancouver airport on Dec. 1, 2018.

She plans to argue that her rights were violated at that time because Canada Border Services Agency officers questioned her for three hours without a lawyer before she was officially arrested, seizing her electronic devices and gathering the passwords, which they later gave to RCMP.

Meng’s lawyers claim Canadian authorities then gave information about her laptop, phones and tablet to U.S. authorities in what amounted to a covert criminal investigation.

A hearing is set for February on those allegations, along with allegations that Meng is being used as a bargaining chip by U.S. President Donald Trump in a trade war with China.

Meng has denied the allegations against her.