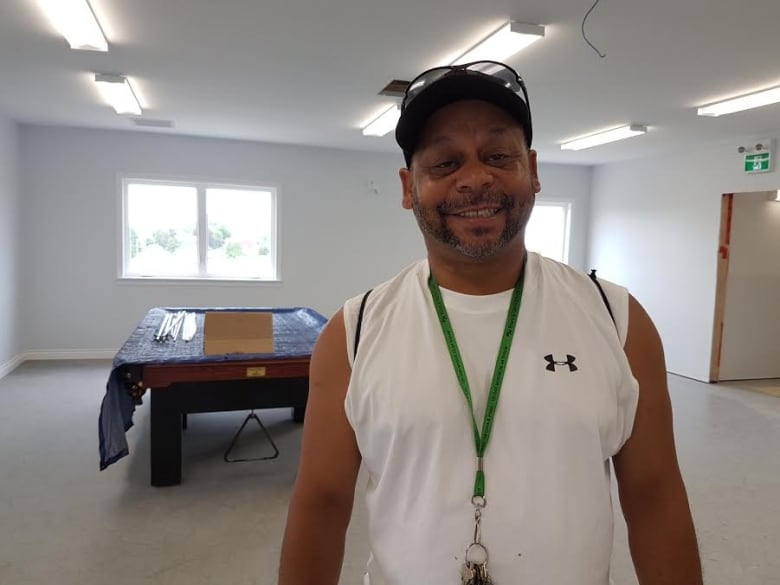 Hockey Nova Scotia is looking for suggestions on how to increase diversity and inclusion in the sport.

The organization’s diversity and inclusion task force is particularly interested in hearing from people in communities that are traditionally underrepresented in hockey.

The task force was set up last year after a teenager from the We’koqma’k First Nation in Cape Breton complained he was the victim of racial taunts at a game in Chéticamp.

A survey on the Hockey Nova Scotia website invites people to weigh in with their opinions.

Dean Smith, the chair of the task force, grew up playing hockey in Whitney Pier. He said the survey is a new approach.

“It hasn’t been done before to our knowledge,” said Smith, who is Black. “The task force looked around the entire country to find examples that we could follow in designing such a survey.”

The survey is completely anonymous but respondents are asked what community they’re from, so the task force can determine the barriers in different communities.

“If this is truly Canada’s game, then every Canadian should have an opportunity to play,” said Smith.

Chester Borden, the executive director of the Whitney Pier Youth Club, said the idea of the survey is great since hockey has traditionally been viewed as a white sport.

“Now you see some other cultures creeping in, and I think this is a good platform to start a discussion and not just for hockey, but any type of sport,” said Borden, who is Black.

Borden said growing up he experienced some barriers to playing sports, such as a lack of transportation, that he was able to overcome through the help of others.

“A lot of those life skills that I learned through sport, I use in my everyday life, especially my job and my activities that we do here with the kids,” said Borden.

Smith said there are many reasons why certain groups don’t pick up playing sports. He said cost is a big factor, especially when it comes to hockey because it is an expensive sport.

Smith said as a coach he hears other reasons from parents.

The survey is available on Hockey Nova Scotia’s website until Nov. 1.