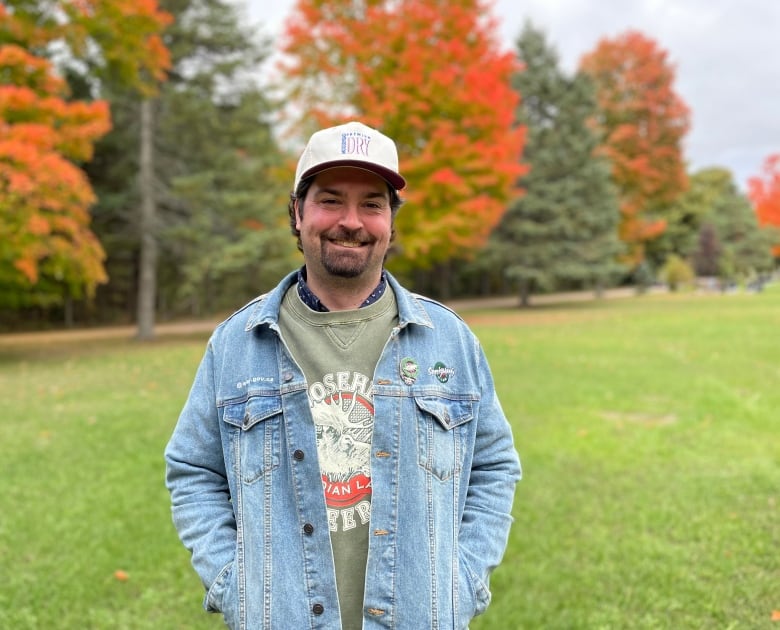 Have you ever wondered why there is an Anne of Green Gables theme park in Ashibetsu, Japan? How many candlestick bowlers were there on Cape Breton in the early 1960s? Or who designed the World’s Largest Lobster in Shediac, N.B.?

If you have, John Batt has the answers: The book was introduced by a Canadian missionary in the late 1930s, translated in secret by a Japanese student, then distributed by the U.S. State Department in Allied-occupied Japan. There were more than 10,000 players. And it was Winston Bronnum.

Batt, a Frederictonian living in Montreal who once described himself on Instagram as “mid 30’s but could pass for 25,” may well be better known simply as “admin.”

That’s the name tens of thousands of Canadians know him by as the creator and administrator of the Instagram account Canada.gov.ca. On face value, that may sound like a federal government presence on social media. A few moments in the quirky feed, however, shows it’s anything but.

It’s me speaking. It’s me sitting next to you at a bar and trying to explain to you why Sussex Ginger Ale is interesting.– John Batt

The account, which Batt created in 2017, is a rabbit-hole of Canadian nostalgia that’s most popular among the Laurentien coloured pencil-using, Jos Louis-munching Canadians born in the late 1980s and early 1990s.

“I think that’s because I write about what matters to me so much, it’s so personal, that people around my age kind of cling to it the most,” said Batt, who was born in 1986.

Though Instagram’s metrics tell him most of his followers are 25 to 34 years old, they range in age, from members of Gen Z to Nova Scotia singing legend Anne Murray.

While his account chronicles eclectic, fascinating and thought-provoking history from sea to sea, many posts focus on the place he was raised: New Brunswick.

Batt has been living in Montreal since the early 2000s, but, he said, “nothing fuels a Maritimer’s love for the Maritimes like leaving.”

The New Brunswick-focused content comes from a feeling that the province always got the short end of the stick.

“I think that especially being from New Brunswick, we’re very much a forgotten, overlooked province,” Batt said.

“I think that has lit a certain fire under me. And I don’t think that’s a bad thing. I think a lot of the account is me talking about New Brunswick being like, ‘Hey, we’re over here. This is happening. And we’re a clever bunch.'”

“Mostly, I thought, the idea of the handle being available [was] funny,” Batt said.

Eventually, it became more focused. Batt — who studied English in university — was working an office job that had no opportunity for writing.

“So, I kind of had this little outlet. And I thought, why don’t I just create this little opportunity for myself?”

On many of his posts, his captions are almost articles, chronicling things people may have wondered about but never thought to dig into.

“It’s me speaking. It’s me sitting next to you at a bar and trying to explain to you why Sussex Ginger Ale is interesting,” he said.

In his post about the golden beverage, he expounds on its medicinal properties, amber tint and burning spice.

“When Barq’s ran the ‘Barq’s has Bite’ campaign — Maritimers just smiled to themselves: ‘amateurs,'” he wrote.

When he extolled the virtues of Deluxe French Fries, he analyzed the evolution of its mascot.

“The original fry guy had a very 3D crown thing happening, which was part of their alternate slogan: ‘Deluxe: Crowned for Good Taste,'” he wrote.

“The new guy has a cheekier smile and tips his crown to you, though the crown and the drawing itself are much simpler now, he is still quite charming.”

A community of nostalgic Canadians

As the account’s following has grown, its fans have only become more engaged, Batt said.

“The followers are kind of more important than the person running it. You know, the way that they contribute is just incredible.”

He likes to use the example of a magazine or newspaper article. Once it’s printed, he noted, it’s hard for people to add to the narrative.

With a platform like Instagram, the comments will make him realize he wasn’t telling half the story.

A post from April focused on Andy’s Dummy Farm, the legendary yet nightmarish New Brunswick attraction found on the way to Confederation Bridge.

“I had 150 or 200 people chiming in telling me about their memories of stopping at Andy’s Dummy’s. And, you know, something Andy said to them, or Andy did. That’s not something I could possibly research.”

Many of the posts themselves have come from suggestions.

When he does his own research, he often turns to Facebook’s active local history groups, one of his favourites being New Brunswick Upon Days Faded.

“I rarely spend time in provincial archives, per se,” he said. “I’m more in the boomer archives.”

As the page continues its gradual ascent, Batt plans to continue doing what makes it so special, “which is writing about things that interest me and making fun of something if it absolutely deserves to be made fun of.”