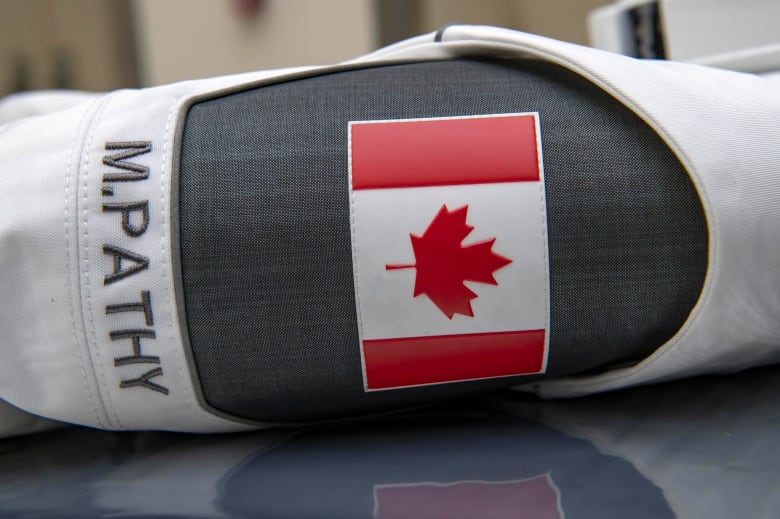 Mark Pathy isn’t the type for being in the spotlight but, being part of the historic first civilian mission to the space station, he hasn’t had much choice.

“If I could have done this in complete anonymity, I definitely would have,” he said. “But, obviously, that’s not possible.”

Pathy, a 52-year-old entrepreneur and philanthropist from Montreal, spoke from his brightly lit hotel quarantine room outside Orlando, Fla., while awaiting his launch. It had already been moved twice from its original date of March 30.

But the time has finally come. If everything goes right, Pathy will launch atop a SpaceX Falcon 9 rocket destined for the International Space Station (ISS) on Friday at 11:17 a.m. ET.

“I’ve had this fantasy since I was a kid and watched Star Trek,” he said over Zoom. “I had a fantasy of travelling through space and bouncing around the universe and meeting new species and discovering new worlds … all that kind of stuff.”

Pathy isn’t exactly heading off to meet crinkly foreheaded aliens, but he’s not on a pleasure cruise to the ISS either. Instead, he’s part of a four-person crew that includes former NASA astronaut Michael López-Alegría, entrepreneur Larry Connor and investor Eytan Stibbe — the first civilian mission to the space station, and they will be hard at work.

The four are part of Axiom Space’s Ax-1 mission. Axiom is a privately funded space company that is aiming to send commercial missions to the ISS — Ax-1 is their first — and eventually build the world’s first commercial space station.

It may seem like a fantastical and unnecessary goal to set up a space station, but the company’s aim, it said, is to conduct research and experiments that can be used not only in space but also here on Earth.

And that was part of the appeal for Pathy to buy a $50-million seat.

“When I found out that we were able to select research to bring up with us and complete up there, that was just the icing on the cake — that I could really make this a lot more impactful.”

But how do you tell your wife and two kids that you’re about to strap into a rocket, undergo a controlled explosion and head into a place where no human was meant to live or work?

“I came home and said to my wife, ‘I think I’m going to space.’ And her first response was, ‘Not without me you’re not,'” he said. “But she’s excited for me and my kids were really excited … My parents were skeptical, initially, but they’ve become big supporters. And they’re really excited about this whole thing.”

Pathy knows there are risks.

“I still intend to live a long and fruitful life,” he said. “I’ve worried about my safety and worried about my ability to do all this new stuff and taking on all these commitments, with the research and everything  …  but, at this point, I’m not really worried anymore.”

Pathy will be hard at work conducting 12 research projects, including a tech demonstration of two-way Holoportation in space, something that researchers hope will be helpful here on Earth.

And if that sounds like something out of Star Trek, that’s because it sort of is.

Star Trek — as well as many other sci-fi shows and movies — often utilize holograms, or 3D interpretations of people, as a means of communicating. Pathy’s experiment, meanwhile, won’t be quite like what we see on the big screen. Instead, he and someone else on the ground will wear virtual reality headsets that will act more like augmented reality. The technology is a group effort between Leap Biosystems, Aexa Aerospace and Microsoft.

Former Canadian Space Agency astronaut Dave Williams has been working with Pathy on this technology and he’s excited to see where its emergence takes us.

“It’s an unbelievable technology that you can just begin to imagine how we can use that in the future.”

And those future uses could help to serve Canadians in an important way.

“If you’re talking about medical care in the Canadian Arctic, arguably, this is an extreme environment with ranges of temperatures, there’s significant isolation, etc.,” Williams said. “And we want to be able to develop technologies that are robust that are going to function in these remote isolated communities — or in remote regions in space.

Pain in the name of science

Another important experiment is one on chronic pain, something that millions of people experience every day. But its nature, and the role the brain plays in it, isn’t completely understood.

“When people say pain is all in your brain, this is completely true. The mind is the most complex organ that we have, that is completely unexplored, in many ways,” said Dr. Pablo Ingelmo, an anesthesiologist and director of the Edwards Family Interdisciplinary Centre for Complex Pain at The Montreal Children’s Hospital, who is taking part in this experiment with Pathy.

“As doctors, we’ve been confusing two concepts. One is nociception: What am I feeling within a stimulus that might provoke pain, the way I send information to my brain,” he explains. “But pain is a completely different issue. Pain is my reaction, my behaviour, my sufferance, my expression of that nociceptive stimulus.”

One example is those who have fibromyalgia. People with this poorly understood condition experience pain very differently compared to people who don’t have the condition. Their body processes even slight pain as something stronger, a process referred to as allodynia.

Another is back pain.

It’s common for astronauts to experience back pain both while in space and when they return to Earth. Ingelmo and his team want to better understand the role the brain plays in this and apply that knowledge to patients here on the ground.

In order to get a baseline of how Pathy experiences pain, he was poked and prodded.

“They subjected me to poking with needles in different parts of my body and asking me to report back on what my level of pain was. And then heat and then cold, mostly on my arm but also my lower back,” he said.

“It’s not always convenient or comfortable, but I think, look, I’m really happy that I get a chance to do something positive for society.”

Pathy’s family will be watching closely when he launches. There will even be a party. But that’s not what he is looking forward to.