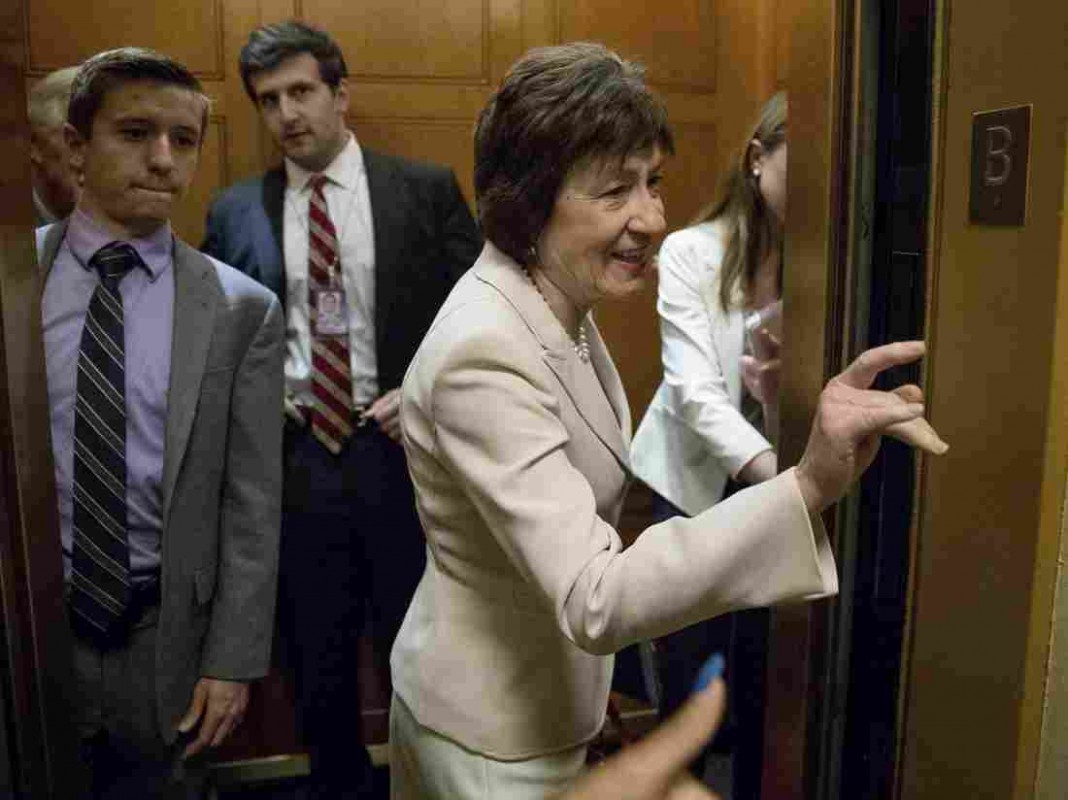 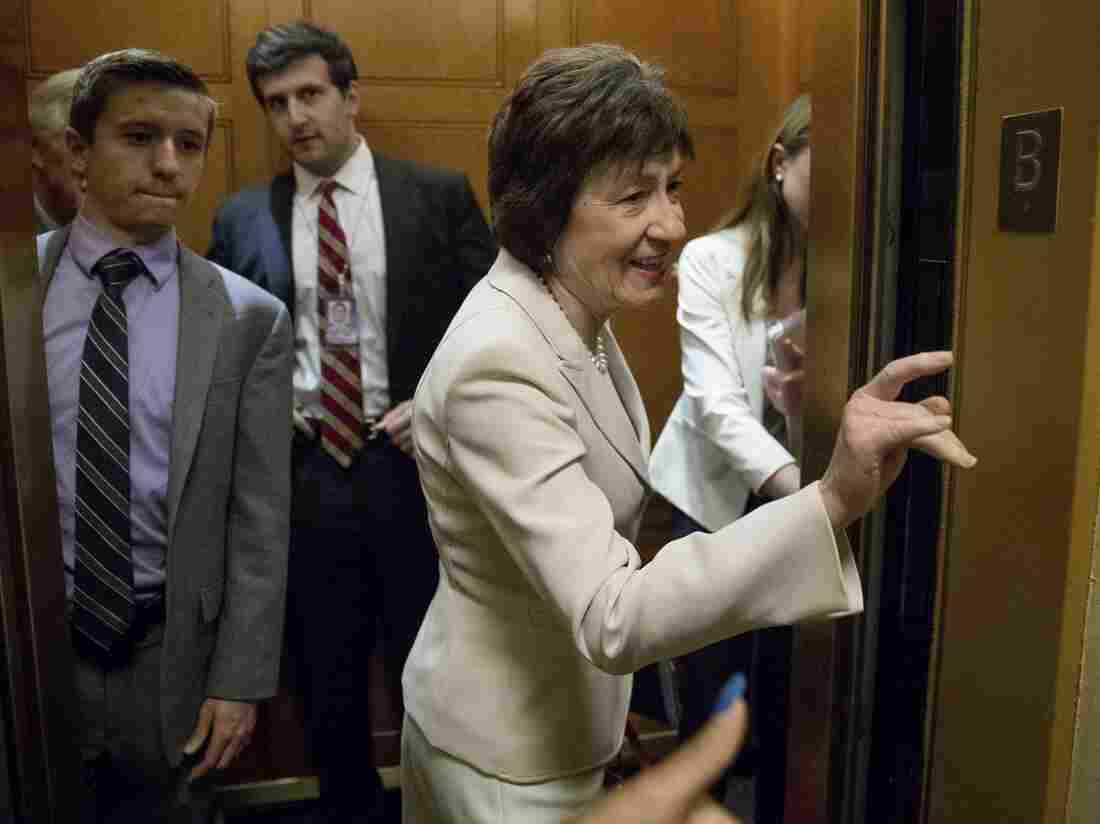 Sen. Susan Collins, of Maine, arrives on Capitol Hill on Tuesday. She is one of three Republicans who said publicly that she opposes a GOP plan to repeal Obamacare without a replacement. Andrew Harnik/AP hide caption

Sen. Susan Collins, of Maine, arrives on Capitol Hill on Tuesday. She is one of three Republicans who said publicly that she opposes a GOP plan to repeal Obamacare without a replacement.

Sens. Lisa Murkowski of Alaska, Shelley Moore Capito of West Virginia and Susan Collins of Maine have all said they would vote “no” on a motion that would have kicked off McConnell’s plan to vote on a straight repeal of Obamacare.

MORE: I will only vote to proceed to repeal legislation if I am confident there is a replacement plan that addresses my concerns.

I will vote no on the motion to proceed to repeal the Affordable Care Act without a replacement. I voted against this same proposal in 2015. pic.twitter.com/Szuke5zYNL

“To repeal, there has to be a replacement,” Murkowski told reporters Tuesday. “There’s enough chaos already, and this would just contribute to it.”

Collins echoed those sentiments. “We can’t just hope that we will pass a replacement within the next two year,” she said in a statement, adding that it would “create great uncertainty for individuals who rely on the ACA and cause further turmoil in the insurance markets.”

The three no votes were enough to tip the balance against the repeal-only option. With only 52 Republicans in the Senate, the plan for a vote on repeal could only afford to lose two votes. It requires the support of 50 senators for passage. With the defection of Murkowski, Capito and Collins, the bill has no more than 49 in the yes column.

Further, Sen. Pat Roberts of Kansas tells NPR’s Susan Davis that there are probably “five or six” Republicans in total who are against the motion.

The president said he was “disappointed” by Monday’s collapse of the GOP replacement plan, known as the Better Care Reconciliation Act. He called Democrats “obstructionists” for not supporting the measure.

“For seven years I’ve been hearing ‘repeal and replace’ from Congress, and when we finally get a chance … they don’t do it,” Trump said.

Now that a straight repeal also appears to be dead, the president said it was time to “Let Obamacare fail.” He added: “Obamacare has failed. It’s gone.”