Mayweather vs. the southpaw jinx 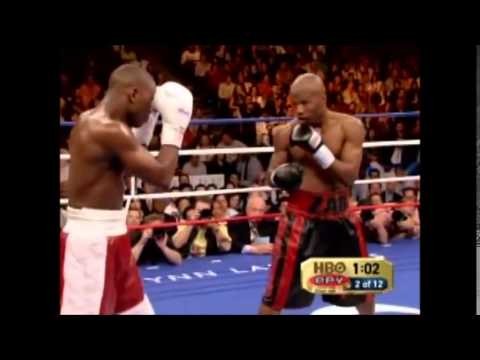 Nobody knows for sure who coined the boxing adage “southpaws should be drowned at birth,” but a good candidate would be George Chip, who lost the middleweight championship to left-handed Al McCoy in 1914.

If things had gone according to plan, Chip would never have fought McCoy at Brooklyn’s Broadway Athletic Club on that ill-fated day. McCoy was originally scheduled to box George’s brother, Joe Chip. But when Joe became ill, George agreed to take his place.

The championship was on the line, but it seemed like an easy payday. Under the prevailing New York rules, McCoy had to win by knockout to claim the title. All Chip had to do was finish on his feet.

As it turned out, he wouldn’t even last a round.

According to syndicated columnist Robert Edgren, when Chip missed with a right hand, McCoy countered with a left that “started somewhere near his knees” and “landed fairly on the point of the crouching champion’s unguarded chin.”

Chip went down hard and was counted out at the 1:55 mark of the first round, making the 19-year-old McCoy, the son of a local kosher butcher, boxing’s first southpaw champion.

McCoy’s upset of Chip is as good a place as any to begin exploring the myth of the “southpaw jinx.” The decades-old bromide is in vogue again, thanks to the upcoming novelty bout between Floyd Mayweather and Conor McGregor.

Conor McGregor has a powerful left hand and is one of the most accurate power strikers in the UFC. AP Photo/Isaac Brekken

The MMA star just happens to be left-handed, a fact some have suggesting would be to the Irishman’s advantage. Is there any credence to this point of view? Or would McGregor be just as well off pinning a four-leaf clover to his trunks?

All myths have a measure of truth. It’s what makes them plausible. But more often than not they are half-truths, a way of making belief appear to be knowledge.

Let’s start with the true part.

For decades southpaw boxers had a far more difficult time finding work than their right-handed counterparts. Managers and promoters shunned them. Trainers tried to “turn them around,” a euphuism for teaching lefties how to box out of an orthodox stance.

If there is a jinx, for most of the 20th century it was cast upon the lefties, not their opponents. Southpaws were the odd men out, struggling to rise above neighborhood hero status and make some real money.

Prejudice against them, however, is not without some justification. There have always been far more right-handed boxers than left-handers, so there is bound to be a certain amount of awkwardness for righties facing a southpaw’s mirror image. This is especially true for inexperienced and lower-level boxers who lack the skill and/or alacrity to make the proper adjustments.

It was the advent of a handful of exceptional southpaws such as Lew Tendler and Tiger Flowers (the first African-American middleweight champion) that began to change things. These guys were simply too good to be ignored.

Southpaws are far less anathema these days. Even so, savvy managers make sure their boxers face enough of them during their formative years to get the hang of it. Knowing how to fight a lefty is an essential skill, part of being a world-class professional prizefighter.

Anyone who has watched a reasonable amount of boxing on TV has heard the correct strategy explained ad nauseam: To be in the appropriate position to land punches on a consistent basis, the right-handed boxers must keep his left foot outside of the southpaw’s right foot. It’s all about geometry.

Today, lefties are pretty much considered an ordinary part of the sport. They still score upsets, but so do boxers who fight out of an orthodox stance.

Since the days of Tendler and Flowers, the roster of illustrious southpaws has grown dramatically. There’s Marvin Hagler, Pernell Whitaker, Joe Calzaghe and Naseem Hamed. There’s also Vincente Saldivar, Flash Elorde, Freddie Miller and Daniel Zaragoza — Hall of Famers one and all. Mark Johnson and Hector Camacho, too.

It is at the elite level that the myth falls apart like sandcastles at high tide. Every one of the above boxers, with the exception of Calzaghe, suffered losses. He is also the only one to retire while still the reigning champion, the lone exception to the rule.

As you might expect, the southpaw jinx is artificially fortified when a lefty tallies an unexpected win in a major match.

Despite talk to the contrary, when left-handed underdog Corrie Sanders crushed Wladimir Klitschko inside of two rounds in 2003, it wasn’t the southpaw jinx that won the fight. It was the speed and accuracy with which the South African attacked that brought Klitschko down.

Like the good guy in a cowboy movie, Sanders was simply quicker on the draw.

It was a different story 13 months later, when Wladimir’s brother, Vitali Klitschko, another orthodox fighter, stopped Sanders in the eighth round. Vitali won because he was a sturdier, grittier fighter — with a better chin — than his brother. Sanders could have been ambidextrous and it wouldn’t have helped.

Floyd Mayweather, right, has fought nine southpaws in his career, winning all nine fights, including one against Zab Judah in a welterweight title fight in 2006. Al Bello/Getty Images

It was a significant milestone when Michael Moorer became the first left-handed heavyweight champion of the gloved era by defeating Evander Holyfield in 1994. If you start counting when John L. Sullivan became the heavyweight champ in 1885, it was more than a 100 years in the making.

Did being a southpaw contribute to his victory in any meaningful way? Maybe the best answer came from right-handed George Foreman, who knocked out Moorer and took the title away in his first defense.

Mayweather has fought nine southpaws during his undefeated career, starting with Reggie Sanders in his second pro bout and concluding with his victory over Manny Pacquiao in 2015.

McGregor supporters who take succor in Mayweather’s fights with southpaws DeMarcus Corely and Zab Judah are forgetting one salient detail: Mayweather won both fights in a convincing manner. The bumps along the way just made the fights more interesting, never a bad thing from a spectator’s point of view.

The adversary who came closest to beating Mayweather was Jose Luis Castillo, an orthodox pressure fighter with no fear and a thudding left hook to the liver. The reason for Castillo’s success in their April 2002 fight had nothing to do with his stance. The Mexican came close to pulling an upset because he had a crowding, inside game that kept Mayweather on the ropes and vulnerable.

When you get right down to it, southpaws are more an inconvenience than a jinx, and at times a contributing factor in one of boxing’s few reliable tenets — styles make fights.

That same principle will apply when Mayweather and McGregor climb into the boxing ring at Las Vegas’s T-Mobile Arena on Aug. 26. Although one would be hard pressed to put a label on McGregor’s boxing style, fighting out of a left-handed stance isn’t going to give him an edge.