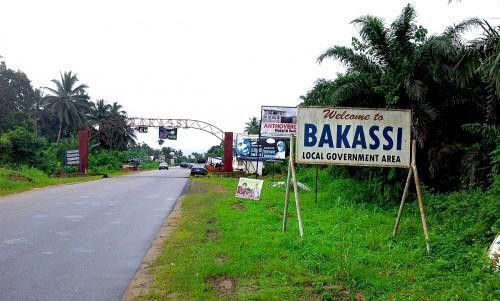 The Senate has directed the Ministry of Foreign Affairs to immediately submit the Greentree Agreement entered into by Nigeria and Cameroon on June 12, 2006 for ratification.

The Senate also called on the executive arm of government to come up with a clear policy on the protection of indigenes in the Diaspora, including Cameroon.

The Upper Chamber further called on the Cameroonian Government to respect the provisions of the agreement entered into with Nigeria on the ceding of the Bakassi Peninsula.

This followed a six-point motion by Sen. Rose Oko(PDP-Cross River) and co-sponsored by five other lawmakers.

The senate also vowed to investigate recent harassment of Bakassi indigenes  in Cameroon, which led to the death  and return of some Nigerians living in Cameroon.

While condemning activities of the Cameroonian gendarmes against Nigerians in the Bakassi Peninsula, the senate further called on the National Emergency Management Agency (NEMA) to immediately send relief to returnees.

Presenting the motion, Sen. Oko, said the  Bakassi indigenes of Cross River and Akwa Ibom States had  resided in the geographic  area known as the Bakassi Peninsula for generations.

She added that following agreements and treaties from 1885 between Britain, Germany and France over the boundary between Nigeria and Cameroon and actions between the two governments, the ownership of the Bakassi Peninsula became contentious.

According to her, Cameroon on March 29, 1994, took the matter to the International Court of Justice(ICJ) and on Oct. 10, 2002, the court ruled in favour of Cameroon.

She stressed that following the judgment, the two countries signed the Greentree Agreement with several provisions that would  not affect Nigeria negatively.

“The Greentree Agreement  provided that Cameroon would not force Nigerian nationals living in Bakassi Peninsula  to leave the zone or change their nationality.

“It also provided that Cameroon would respect the culture, language and beliefs of the Nigerian nationals as well as respect their rights to continue their agricultural and fishing activities.

“The agreement  further provided that Cameroon would protect their properties and customary rights and desist from levying  in any discriminatory manner, any taxes and other dues on the nationals living in the zone.

“Cameroon was also by the agreement asked to take necessary measures to protect the nationals living in the zone from harassment or harm,’’ she said.

Oko lamented that in spite of the agreement, Nigerian nationals were being traumatised and treated as foreigners in their natural habitat.

She further lamented that those that returned to Nigeria after the ICJ ruling  were equally not properly settled, thereby living in makeshift  accommodation for years.

The lawmaker noted that recent reports had it that 97 Nigerians  were feared dead following attack by Cameroonian  gendarmes  over failure to pay a discriminatory  boat levy of N100,000.

She said, ‘’even if preliminary investigations have revealed as is reported in the media, that they were not killed but died in the sea, the fact remains that they were obviously fleeing from their host country in distress.

“It is saddening that these things are happening despite the huge resources and benevolence of Nigeria to our African bothers.

The lawmaker  called on the need for the Nigerian Government to come up with a definite policy to protect its citizens in diaspora, particularly in Africa to stop growing attacks, killings and harassment.

Supporting the motion, the Minority Leader, Sen. Godswill Akpabio,  said the Nigerian Government must  do everything possible to protect Nigerians living in Cameroon.

He said in spite of the agreement entered into, Nigerians living in Cameroon were being subjected to several forms of torture.

He also said that the Cameroonian gendarmes and other criminals had taken over the Bakassi Peninsula, where Nigerians lived, leading to serious security threat.

He lamented that the Nigerian nationals in the area were being harassed in their natural habitat as a result of Nigeria’s ceding the area to Cameroon for the sake of peace.

“We now have the Bakassi freedom fighters in the Bakassi Peninsula that are involved in all forms of criminal activities.

“The area is now a den for criminals and nobody is allowed to fish unless they pay 100.

“If you are not able to pay they throw you into the sea and as a result many of our people have died and many enslaved in their own land.

“It is therefore important that we the representative of the people cry out.

“Also, the Federal Government should do everything possible to compel the Cameroonian authorities to respect the agreement that we entered into.

“The primary purpose of government as enshrined in Section 14(2b) is the protection of lives and property, so we have the obligation to protect our people.

“We have realised that insurgents and militants are moving to the area,’’ he said.

The lawmaker said Calabar that was known for peace was no longer peaceful as a result of the development.

The President of the Senate, Dr Bukola Saraki, put the prayers of the motion to voice vote and they were unanimously adopted.