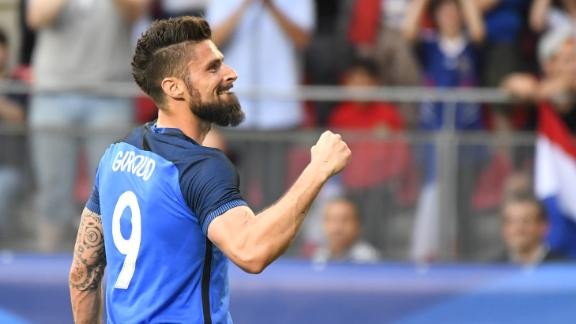 Either way, McGregor might be the greatest evangelist for any sport since Muhammad Ali and boxing. It’s a big reason he ranked as high as No. 25 on ESPN’s World Fame 100.

For a decade or more, people from the world of MMA have been telling anyone who cares to listen that their sport will, one day soon, knock boxing off its perch.

One of the main reasons is that McGregor has realised he can make more money in boxing. Between Dec. 2015 and Nov. 2016, McGregor headlined four UFC shows, all of which garnered more than one million pay-per-view buys.

Of the four UFC shows so far in 2017 — only the most recent UFC 211 in Dallas garnered more than 300,000. And that event, despite being headlined by heavyweight champion Stipe Miocic, wasn’t even a sell-out.

It appears that for many fans of UFC, if McGregor isn’t on the bill, it isn’t worth watching. In his last UFC contest, McGregor became the first fighter in the franchise’s history to hold titles in two weight divisions simultaneously by beating Eddie Alvarez.

It was the eighth time in a row that McGregor had either won the performance or fight of the night award.

But for some boxing fans, McGregor represented a strange paradox: a key reason UFC fans loved him so much was because he finished opponents with punches rather than some mysterious hold or choke — so why didn’t those UFC fans just watch boxing instead?

Whether McGregor really believes his talent for punching — or ‘striking’ as they call it in UFC — is on a par with elite boxers is moot. He punches well enough to fool enough casual sports fans into thinking that he can cut it in a boxing ring.

Never mind that veteran boxing trainer Teddy Atlas, on these pages, stated he could train McGregor for five years and still not make him into anything like a contender.

Never mind that Mayweather is one of the greatest defensive fighters of all time and never lost in 49 professional fights spanning 19 years and that he made Saul Alvarez and Manny Pacquiao — a seven-weight world champion — look like club fighters.

In short, there is far too much money to be made for the fight not to happen. Before Ali’s fight (if you’ll forgive me calling it that) against Japanese martial artist Antoni Inoki in 1976, a journalist asked ‘The Greatest’ why he was choosing to “demean” boxing.

Ali replied: “Six million dollars, that’s why!” Remarkably, Ali earned the same for getting his shins kicked to smithereens in Tokyo than he did for fighting Joe Frazier in the ‘Thrilla in Manila’ in 1975.

Mayweather Jr. on stage during the event in Birmingham. Graham Stone / Barcroft Images

Which is why the Nevada Athletic Commission will rubber-stamp McGregor’s application for a boxing licence, and why pundits on American television networks will have to bite their lips and pretend that McGregor might just have a chance, when they know Mayweather-McGregor is akin to Gary Kasparov playing chess against a world draughts champion, or Andy Murray playing tennis against the best in the world at squash.

The build-up will consist of daily doses of trash-talk, which millions will lap up despite its toxicity. And because it’s in the media’s interest to make the fight sound competitive, newspapers and websites will publish articles with headlines like ‘why McGregor has a chance’, when they know that the only chance he has is if Mayweather enters the ring minus arms or legs.

The fight will take place at the MGM Grand — because, well, that’s where Mayweather fights — and Mayweather will win however he chooses, whether by early knockout, late stoppage or landslide decision.

And fans feeling hoodwinked will throw beer cans at their televisions, but will have only themselves to blame, because nothing at a freak show is ever as advertised.

The reason that it’s such a copper-bottomed business proposition — apart from the stacks of money that they’ll make — is that there is little risk of reputational damage for either man.

Mayweather will walk off into the sunset, this time for good, having surpassed Rocky Marciano’s record of retiring 49 fights undefeated. He will also know that, appreciation of his boxing skills aside, he was never that popular anyway.

Back in his natural habitat, McGregor will carry on making a racket, bragging about how much money he has, dressing like Edward VIII one day and a Miami pimp the next.

And he will carry on knocking opponents bandy, being notorious and insisting that “they still want to be me”. And he’ll be right.