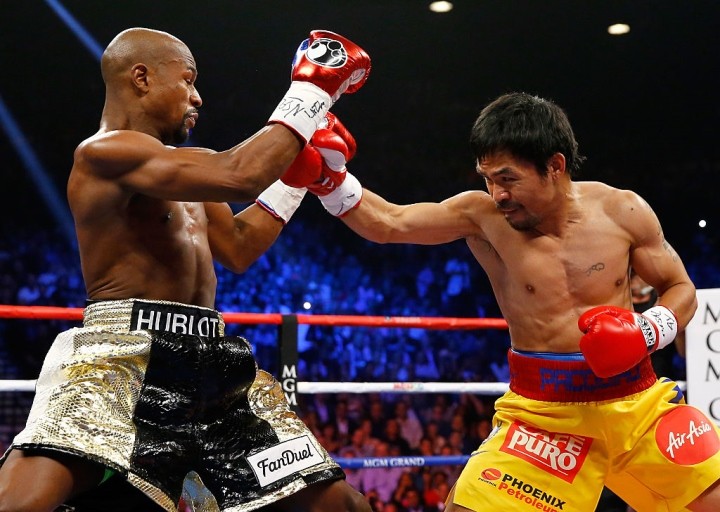 LAS VEGAS — A federal judge in California knocked out a class-action lawsuit Friday that had been filed on behalf of fight fans and pay-per-view subscribers upset that boxer Manny Pacquiao of the Philippines wasn’t 100 percent healthy for his May 2015 fight with Floyd Mayweather Jr. in Las Vegas.

In dismissing a consolidated batch of lawsuits, U.S. District Judge R. Gary Klausner in Los Angeles nevertheless said he has sympathy for fans around the country who felt deceived that Pacquiao didn’t disclose he had a shoulder injury until about three hours before the fight.

Mayweather won a 12-round decision in an event that drew record cable TV viewership and criticism that the matchup between two of the best fighters of a generation failed to live up its billing.

The judge ruled that fans still got what cable TV providers said viewers paid more than $400 million to see — a boxing match between Pacquiao and Mayweather.

Fans disappointed in the May 2015 fight between Manny Pacquiao and Floyd Mayweather “had no legally protected interest or right to see an exciting fight, a fight between two totally healthy and fully prepared boxers,” a federal judge ruled Friday. Al Bello/Getty Images

“Plaintiffs had no legally protected interest or right to see an exciting fight, a fight between two totally healthy and fully prepared boxers, or a fight that lived up to the significant pre-fight hype,” Klausner wrote in his 11-page order.

“The reason that competitive sports is so compelling is precisely because the outcome is always at least somewhat uncertain,” the judge said. “Allowing sports fans to sue … could destroy the very thing that makes sports fandom so special.”

The ruling came one day before another big pay-per-view event — a Saturday fight in Las Vegas between Mayweather and mixed martial arts star Conor McGregor that was drawing pay-per-view comparisons with the Mayweather-Pacquiao event.

Mark Tratos, an attorney in Las Vegas for Mayweather, said the judge decided the fans weren’t damaged and had no standing to sue.

Hart Robinovitch, a Scottsdale, Arizona, attorney representing more than two dozen clients in 13 states, characterized plaintiffs as “down, but not out.”

He said he may appeal to the 9th U.S. Circuit Court of Appeals in San Francisco.

“There were a lot of angry people,” Robinovitch told The Associated Press. “Not only the guy who paid $100 for pay-per-view, but anyone who paid for this without knowing the facts.”