Mauricio Pochettino: I would be stupid to stay with no plan, says Tottenham manager 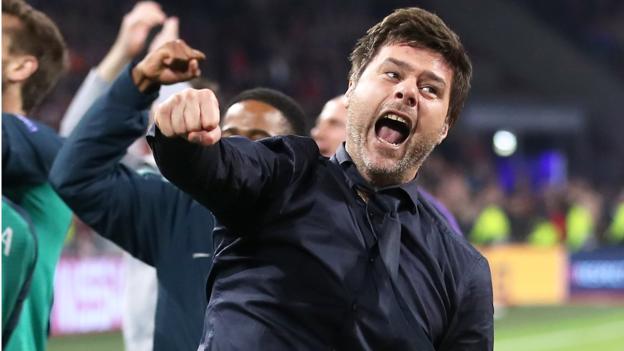 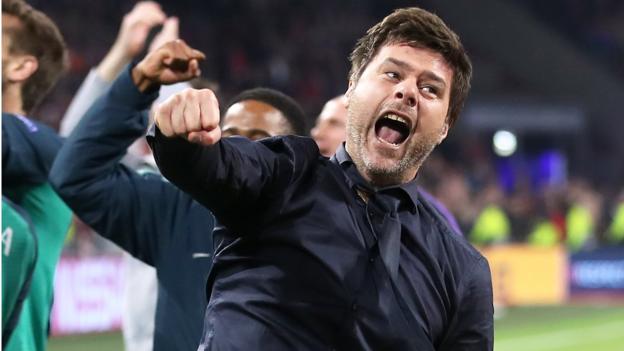 Tottenham manager Mauricio Pochettino says he would be “stupid” to stay at the club if they expect similar levels of success without changing the way they are run.

The Champions League finalists have not signed a player since 31 January 2018.

“I am not open to start a new chapter with no plan, with no clear idea, with not being transparent,” he said.

Pochettino, who has four years left on his contract, hinted before Wednesday’s stunning Champions League semi-final second-leg victory over Ajax that he could quit and go home to Argentina if they won the competition.

He has turned Spurs into a regular top-four team during his time in charge, while spending less money than their rivals – and nothing in the past two transfer windows.

The last player he bought, almost 16 months ago, was Lucas Moura, who scored a hat-trick – including an injury-time winner – against Ajax to set up a Champions League final with Liverpool in Madrid on 1 June.

“I know very well how this business works,” Pochettino said. “And we know we need to operate in a different way – that doesn’t mean to spend more or less money.

“But if we expect every season to be in the final of the Champions League, we need to create a plan. And the plan maybe is different to what has happened in the last five years.

“If we believe that if we operate in the same way that we have operated in the last five years we are going to be every season in the final of the Champions League, and in the top four and competing against projects like Liverpool or Manchester City or Manchester United, I think we are very naive,” he said.

“If you want to expect the same from Liverpool, from Manchester City or Manchester United and Chelsea, and you put the same expectation on Tottenham, give me different tools to work.

“If not, I see the people working in the same way, in the future I’m going to be this guy. I am the most stupid person to work.”

Spurs are fourth in the Premier League table going into their final game against Everton, but could only lose their top-four spot if they lose and Arsenal win at Burnley with an eight-goal swing.