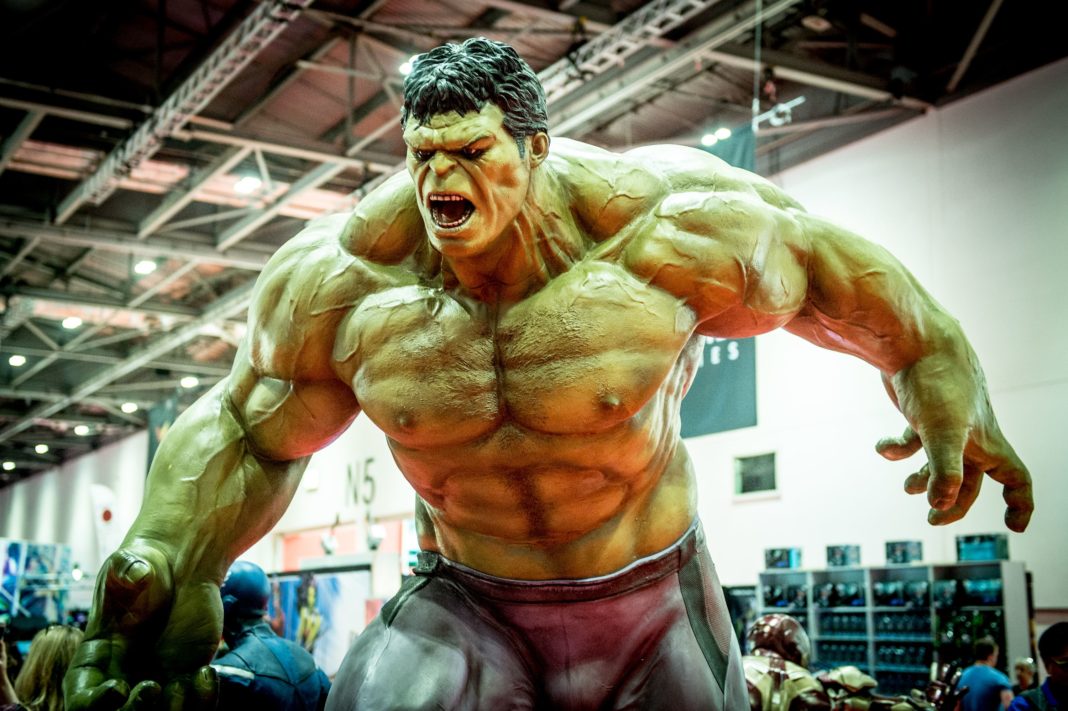 “Avengers: Endgame” has left superhero movie fans with a handful of questions, many which involve the fate of the Marvel Cinematic Universe in a post-Thanos world. Although most of the core Avengers, including Captain America and Iron Man, had their story arcs come to dramatic conclusions in Endgame, Mark Ruffalo’s Hulk did not. In fact, “Endgame” was rather vague about what the future holds for the mad scientist.

The Hulk has fronted his own films in the past, which were produced by Comcast’s Universal Studios, with lackluster results, especially by recent Disney-Marvel box-office standards.

Ang Lee’s 2003 “Hulk” grossed a little more than $245 million worldwide, and Louis Leterrier’s 2008 “The Incredible Hulk” grossed just over $263 million worldwide. Both films had production budgets around $130 million to $150 million. Neither film had Mark Ruffalo as the lead. Despite the poor box-office earnings and mediocre-to-rotten reviews, it may be time to give Bruce Banner and his alter ego another go, said Shawn Robins, chief analyst for Boxoffice.com. He cited better timing and more popularity for the big green character.

“We’re in a very different era of Marvel movies than when either of the previous films opened,” Robbins said. “There’s a broader acceptance of the character now, thanks to what Mark Ruffalo, Kevin Feige and Marvel Studios brought to him.”

Although Marvel owns the character rights to the Hulk, Universal owns the rights to any solo picture. Back in the early 2000s, when the two Hulk movies were released through Universal, Marvel had not yet been acquired by Disney, a deal that was struck in 2009 for over $4 billion.

The 2008 “The Incredible Hulk” is considered part of Marvel’s larger cinematic universe, despite starring Edward Norton instead of Ruffalo and being a Universal film. Prior to being acquired by Disney, Marvel was also distributing its content through Paramount Pictures, a Viacom Company. It distributed the first two “Iron Man” movies, “Thor” and “Captain America: The First Avenger.”

The Hulk’s duality is difficult to capture

“Clearly, no filmmaker at this point has been able to wrap their creative mind around the duality of the Hulk in a way that both honors the mythology of the character and captures the imagination of audiences enough to generate huge box-office [earnings],” added Paul Dergarabedian, senior media analyst for Comscore. “Maybe it’s time to take some huge risks, grab up Mark Ruffalo, and pair him with an edgy director who will think outside of the box and go full R-rated ‘Logan’ on the Hulk!”

“Logan” was the final film in the Hugh Jackman “Wolverine” era, distributed by Twentieth Century Fox. “Logan” grossed over $619 million worldwide on a $97 million budget in 2017, according to Box Office Mojo. And despite its decision to go R-rated, the film has often been praised for its boldness and originality, especially at a time when the X-Men movies have started to feel stale. Disney recently completed its $71.3 billion acquisition of Fox’s entertainment assets, including the X-Men, Deadpool and the Fantastic Four.

“A standalone ‘Hulk’ movie will never happen,” Ruffalo said to Variety in 2017. “Universal has the rights, and for some reason, they don’t know how to play well with Marvel. And they don’t want to make money.”

The Hollywood Reporter wrote in 2015 that part of the problem between Universal and Disney is that Disney wants the Marvel theme park rights that Universal possesses. Both companies are not only locked in box-office competition but the lucrative and increasingly important theme park business tied to blockbuster films. Universal’s Wizarding World of Harry Potter has been a hit; Disney’s theme parks also have proved so popular that ticket prices keep being raised and its new Star Wars theme park saw early reservations sell out quickly. To date, Marvel characters not under the Disney film brand have been in rides featured at Universal parks, including the Hulk and Spider-Man (Sony). Disney did recently convert one existing ride to a Guardians of the Galaxy theme.

Marvel and Universal did not respond to requests for comment.

Ruffalo as Hulk is one of the standout highlights of “Endgame,” and there is certainly many directions they could go, and within the no-limitations creative options in any superhero universe, there are more angles to take on this great character.

In other ways, too, the Hulk does not come with the same creative freedom as other characters.

Disney’s Marvel Studios has taken great pride in having a wide array of characters to work with for its films. Its ambition is represented fully in the final battle scene of “Avengers: Endgame” where almost every Marvel character to be featured in a Marvel movie arrives to fight Josh Brolin’s “Thanos.” Marvel has even teamed up with Sony to have Spider-Man appear in its cinematic universe. This summer’s “Spider-Man: Far From Home” released a new trailer on May 6 that is filled with “Endgame” spoilers.

The Hulk has performed best as a supporting character.

With the death of Robert Downey Jr.’s “Iron Man” in “Endgame,” Robbins believes that the Hulk is now the bonafide genius of the Avengers, especially since the latest Avengers installment conveyed the Hulk as “Professor Hulk,” a comic book adaptation that provides the character with Bruce Banner’s intellect but with the powerful physique of his counter monster.

“His value and contributions toward facing future threats may be even more important than ever before with his experience and wealth of knowledge,” Robbins said. “For that reason, it’s easy to see him in larger cinematic roles going forward, as well as occasional time served in any key storylines on Disney + shows.”

“There are a lot of cool things they can do with Professor Hulk, especially with characters like the Fantastic Four and Reed Richards now available to Marvel,” added Marvel connoisseur Jeremy Conrad, a media influencer and editor-in-chief of MCUCosmic. “I know a lot of people really want to see him show up in a movie with Wolverine.”

The next phase of Marvel projects is an unknown, though Marvel Studios president Kevin Feige commented on prequels as one way to go. But he also has made it clear several times that “Avengers: Endgame” and “Spider-man: Far From Home” are all that Marvel is willing to discuss at the moment.

Disney CEO Bob Iger recently announced in a quarterly earnings call that an announcement on Marvel’s future is coming soon and that “Endgame” is filled with Easter eggs that indicate where its cinematic universe is heading toward.

In a recent interview, Avengers’ directors the Russo brothers talked about the Hulk and the “permanent damage” he suffered in Endgame and how that will have to inform any future narratives.

Some fans are ready to let Hulk go.

“I feel like ‘Endgame’ concluded [the Hulk’s] story nicely; he made peace with who he is and his ‘other half,'” said Daniel Richtman, a media influencer and Marvel expert. “I feel like it would be smart for Marvel to move on from the original six Avengers and [head] into the Next Gen. Let them [the original Avengers] rest.”

Even as Marvel embraces a world filled with new characters with diverse backgrounds, like the cosmic group “The Eternals” and new iterations of beloved characters like Anthony Mackie becoming the new “Captain America,” Dergarabedian believes it is worth keeping the Hulk around for future cinematic installments.

“He is literally a huge part of the Marvel legacy, and there is more green to be made with this essential character,” Dergarabedian said. “Ruffalo as Hulk is one of the standout highlights of ‘Endgame,’ and there is certainly many directions they could go, and within the no-limitations creative options in any superhero universe, there are more angles to take on this great character.”