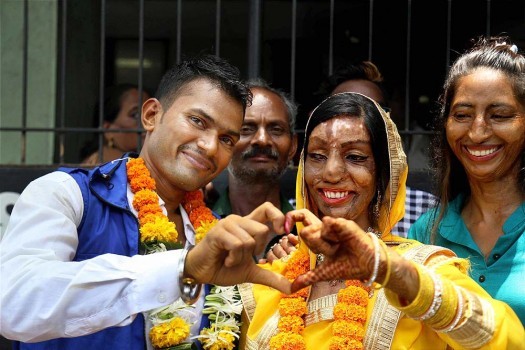 A 32-year-old married woman was allegedly raped by two men at her residence in Kalwa township here, police said on Monday. The incident took place late last evening and four accomplices of the accused helped them in committing the crime, they said.

According to police, the arrested accused were identified as Gopal Shankar (28), Shanku Hussain (23) and Rangappa Batkai (25). Three others- Shirsappa, Venkatesh Patel and Ashpar Ramul- were still at large. The victim stays with her husband and three children. Yesterday, her husband was out of the town for some work when the accused stormed into their house, a police officer said.

“While four of the six accused pinned the victim down, two others took turns to rape her. They committed the act in front her minor children. Before leaving the place, the accused also threw acid at her, in which she suffered burn injuries,” the officer said. The victim was currently undergoing treatment at a hospital, he said.

Police suspect that there could could have been enmity between the accused and the victim’s husband.

The six accused have been booked under IPC sections 376(d) (gangrape), 326(a) (voluntarily causing grievous hurt by use of acid), 452 (house-trespass after preparation for hurt, assault or wrongful restraint), 504 (intentional insult with intent to provoke breach of the peace) and and 506 (criminal intimidation).

Share
Facebook
Twitter
WhatsApp
Pinterest
Linkedin
ReddIt
Email
Print
Tumblr
Telegram
Mix
VK
Digg
LINE
Viber
Naver
Previous articlePlanning to apply for a passport? Here are some changes in rules that you need to know
Next articleNo school, cartoons on TV, pup in her arms: child’s home waits for ruling on her abortion