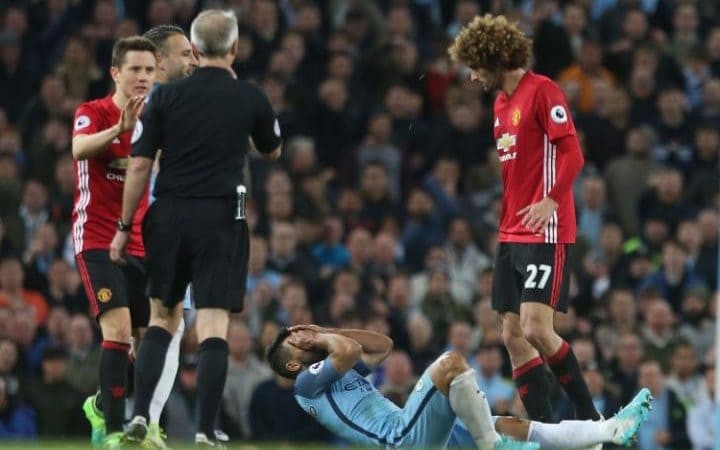 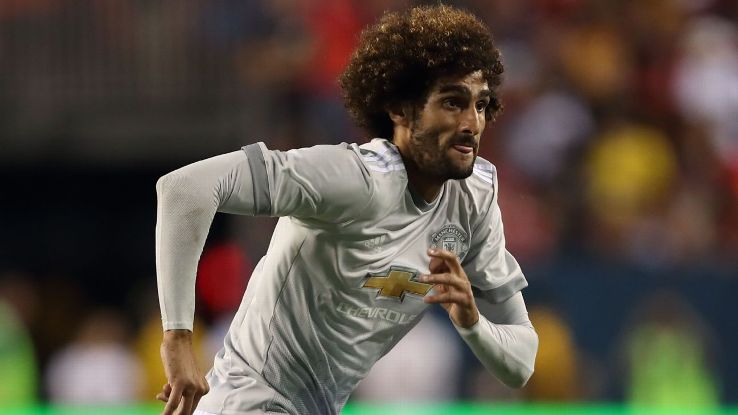 Marouane Fellaini has been linked to an exit from Manchester United, but it’s obvious Jose Mourinho has big plans for the big man.

For a certain section of Manchester United fans, there was cause for celebration on Saturday night. “Marouane Fellaini will leave Manchester United, and he is now on our radar,” said Galatasaray director Cenk Ergun, according to reports.

It was a story that did not breathe for long. The next morning, United officials reported the club had received no bid for Fellaini from Galatasaray, or anyone else, for that matter. Later on Sunday, Fellaini was a starter in United’s friendly against Oslo’s (Norway) Valerenga, scoring the opening goal in a 3-0 win. After the match, manager Jose Mourinho snuffed out any indication that it had been a final hurrah from the Belgium international.

“It’s easier for Galatasaray to get me than Marouane,” he said. “If they need a manager, they have a chance, but Marouane? Forget it. He is too important to me.”

And so it appears the matter is put to bed and any excitement over Fellaini’s rumoured departure has proved wholly premature. Selling him made little sense anyway; with no significant resale value, he will be needed in a midfield still low in numbers despite Monday’s arrival of Nemanja Matic from Chelsea and at a time when buying players is hugely costly.

Even more than that, Fellaini is the kind of provocateur Mourinho likes having around.

When Mourinho won 2010’s Champions League, Serie A and Coppa Italia treble at Inter Milan, he had Thiago Motta in such a role, a midfielder unafraid to play cynical football. He had a similar player in Pepe at Real Madrid, a player whose repeated transgressions in Clasico encounters with Barcelona embodied his manager’s desire to break that fixture down into a series of skirmishes.

During his return to Chelsea, Diego Costa led the antagonising of opponents, after which his manager defended the striker to the hilt. Mourinho opened up a public feud with Sky TV for a video montage entitled “Costa Crimes” after a February 2015 League Cup semifinal with Liverpool.

Where young stars such as Anthony Martial and Luke Shaw have felt public wrath from their manager, Mourinho will always protect a player prepared to perform the dark acts, defending his man to the point of damaging his own credibility. When Fellaini was dismissed for a head-butt on Sergio Aguero during April’s 0-0 Manchester derby, a mere 19 seconds after receiving a yellow card, United’s manager chose to turn the blame back on City’s striker instead.

“I saw Aguero in the tunnel but no broken nose, no broken head, his face is nice, as always, so I’m not so sure,” said Mourinho, meanwhile suggesting Fellaini was a victim of reputation.

Even after Manchester United added Nemanja Matic, Jon Champion is not convinced they have enough to win the Premier League.

Having scored a semifinal goal against Celta Vigo to secure United’s progress in the Europa League, Fellaini was key to victory in Stockholm as United collected the title over Ajax. He set the tone for a dominant (if unspectacular) victory by positively bullying the Dutch side’s collection of promising starlets with an early series of physical challenges.

Ajax had no answer to such awkwardness, a quality that has made Fellaini unlovable to many a Manchester United fan brought up on the midfield skills of Roy Keane, Michael Carrick, Ryan Giggs and Paul Scholes. Fellaini, no pass-master in the fashion of that aforementioned quartet, can often appear unaware of what his next move might be. One diagonal hurtle across Old Trafford in an April 2014 Champions League quarterfinal against Bayern Munich became an internet meme used to taunt the only player David Moyes was able to sign during the fateful summer of 2013.

An association with Sir Alex Ferguson’s hapless replacement undoubtedly damaged Fellaini’s standing from the start, as did a first season in which his former Everton manager played him in an ill-suited deep midfield position he had rarely played on Merseyside.

The following season, under Louis van Gaal, Fellaini’s bustling style became a significant weapon in a spring revival and successive victories over Tottenham, Liverpool and Manchester City that propelled United back into the Champions League. Still, many remained unconvinced, especially after a poor follow-up campaign in which he floundered as Van Gaal faltered before getting the sack.

Each summer has seen reports of a possible departure lift the hopes of the anti-Fellaini brigade, but he has remained, and given that he’ll be 30 in November, he’ll have seen out his peak years at Old Trafford.

In Mourinho, Fellaini has a manager who appreciates and can make use of a skill set that includes adding height at set pieces, holding up the ball with his chest and, most importantly, riling up opponents. They may not be the gifts that United fans cherish in their heroes, but then again, Mourinho the arch-pragmatist was never likely to revive the club’s cavalier traditions.

Fellaini’s confirmed importance should serve as further proof of that.