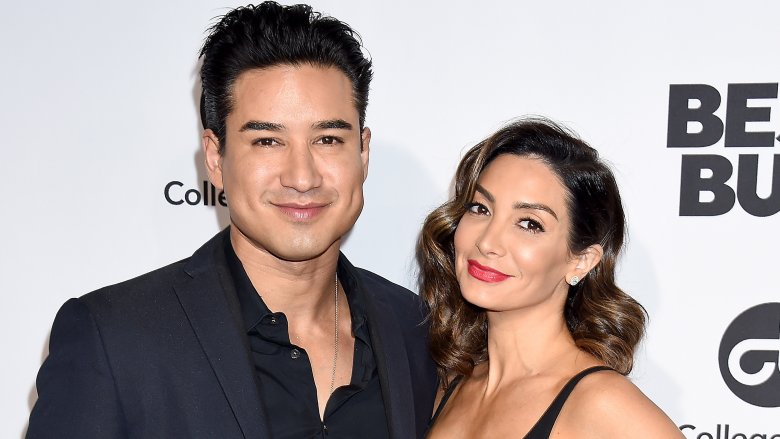 Congratulations are in order for Extra host Mario Lopez!

On Friday, Jan. 11, 2019, the former Saved By the Bell star took to Instagram to announce that he and his wife, actress Courtney Lopez (née Mazza), are expecting baby no. 3.

“Alright, Lopez fam bam update for ya,” Mario said to his 1.2 million followers in a sweet video. Joined by Courtney and the happy couple’s two children, 8-year-old daughter Gia and 5-year-old son Dominic, he went on to say, “I’m crazy with work as usual. Mrs. Lopez, what about you?” To cheers from the entire Lopez clan, she excitedly revealed, “I’m having a baby!”

The television personality chimed in with, “That’s right! We are adding to the team! We’re gonna be a party of five. We don’t know what we’re having … if it’s gonna be a boy or a girl. It remains to be seen. So blessed.”

According to Us Weekly, Mario, 45, and Courtney, 36, tied the knot in a gorgeous ceremony held in Punta Mita, Mexico in 2014. The TV presenter was previously married to former Eve star Ali Landry in 2004.

While opening up about his family life in 2017, Mario told the Today show, “My wife, my kids, my dogs, they just complement everything in my life. It’s like a team effort now. This is honestly the happiest I’ve ever been. I feel very blessed with everything that’s going on both professionally and personally.”

Some of our other favorite ’90s stars have shared baby announcements of their own in recent weeks — including Boy Meets World alum Danielle Fishel. As Nicki Swift previously reported, the actress revealed in early January 2019 that she and her husband, Drop the Mic executive producer Jensen Karp, are expecting a baby boy together in July of this year. He will be the newly married pair’s first child. “I’m eating for two,” Fishel wrote on social media at the time, adding, “I’ve got baby apps. I’m confident. I feel inadequate. I’m showing one day and the next I’m not. I’m nervous. I’m excited … We can’t wait. #BabyKarp2019.”

Congrats to the Lopez family on their baby news!