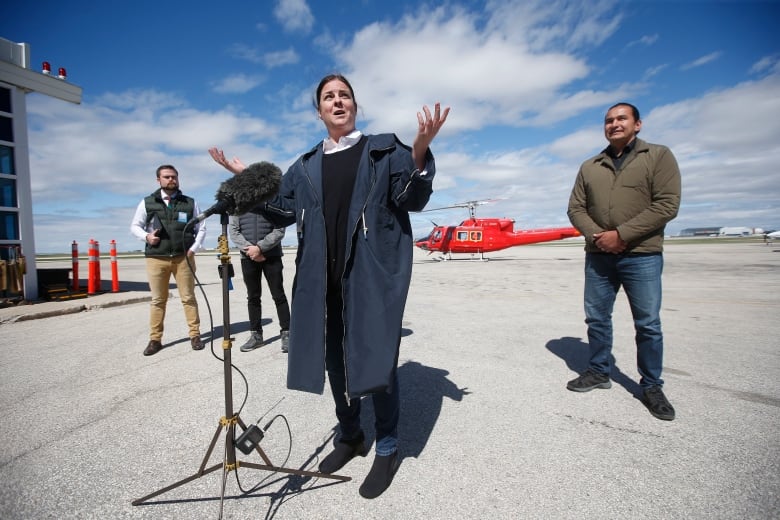 Manitoba Premier Heather Stefanson has just done something her predecessor called “not fair” and “not right” — rehiring a chief of staff who received a severance payment from the province in recent memory.

Stefanson confirmed last week that Philip Houde, who served as former premier Brian Pallister’s first chief of staff, will return to the premier’s office to hold the same role under her leadership.

Houde received almost $85,000 in severance when he left his job with Manitoba’s Progressive Conservative government last June, according to a government disclosure web page.

He served for almost three years as Pallister’s chief of staff, beginning in 2016, but ended his previous government tenure as head of the Manitoba Economic Development Office.

Martin had received $146,047 in severance when he left the same role in 2014, in Greg Selinger’s NDP government.

“And now it looks like they’re doing the same thing,” Marcelino said.

She called the severance for Houde a waste of taxpayers’ money.

“He’s this top Tory insider — it just seems like some kind of sweetheart deal that didn’t pass the smell test for anybody,” particularly when “what most Manitobans are going through is really tough times right now.”

“This is the type of thing that troubles taxpayers, frankly,” Pallister said at an October 2017 estimates committee hearing, according to the official legislative transcript.

“I don’t mind defending us paying people for value … and making sure we’re getting value for money, but I sure don’t want to see us running into a situation where the NDP is hiring back the same people that were already paid not to work, and paid to leave, so they come back again and cash in again a second time,” Pallister said.

“I mean, this is a great way for a guy to make double salaries. But it’s not fair, it’s not right, and it’s taxpayers that are paying that bill,” he said.

Houde was Pallister’s chief of staff at the time of those remarks.

Stefanson, who became premier last fall, said it would be “inappropriate to comment” on Pallister’s position in 2017.

“I have known Mr. Houde for decades and I have full confidence in his ability to manage our team and I look forward to welcoming him as part of my senior staff next week,” she said in an email.

“On the issue of severance, all employees are entitled to certain benefits as identified in their contract agreements, and I will respect that process.”

Houde joined the premier’s office in 2016 with a starting salary of $157,811, when Pallister was first elected. After leaving government, he worked for the Forest Industry Association of Manitoba, his online biography said.

He was entitled to severance as per the provisions in his employment contract, a government spokesperson said.

Paul Thomas, professor emeritus of political studies at the University of Manitoba, said public contention around the severance of senior political staffers who are hired back — including whether they should pay it back — would be reduced if governments developed more rules around the process.

In the meantime, Thomas said Stefanson should be more forthcoming around Houde’s rehiring. Chief of staff is a position of utmost importance, and that individual deserves to be adequately compensated, he said.

“The public needs to to see that there is some basis for this — this just isn’t a generous payout to a political friend who can take a short-term job in government,” and then, if the PCs lose the 2023 election, potentially “leaves and … gets a compensation package as he departs again,” Thomas said.

“How many times do you go around on this merry-go-round?”

While now critical of Houde’s rehiring, Marcelino acknowledged similarities between the current situation and Martin’s rehiring in 2017 — though she said she wasn’t aware of the particulars around that situation.

“It is very similar, and I don’t think it’s right either,” she said.

Martin did not receive severance when he and the NDP parted ways in 2019, Kinew said at the time.