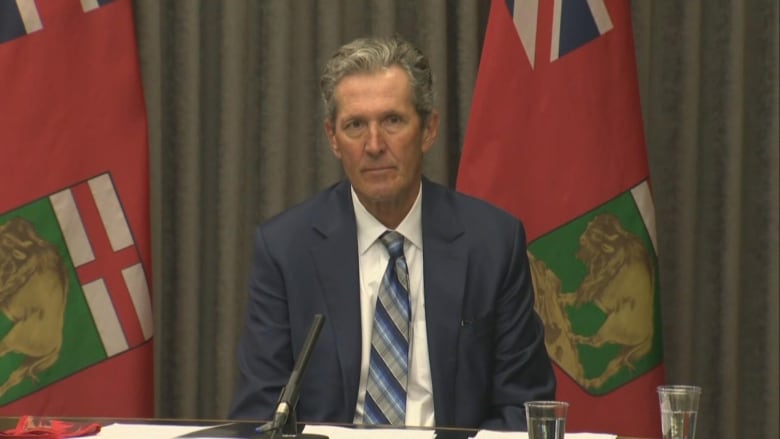 Across Canada, most provinces are relaxing pandemic restrictions or planning on reopening their economies later this spring or in the early summer — but Manitoba is a stark exception.

For the past two weeks, the province that once appeared as if it would be spared a third wave of the pandemic has posted the highest per capita COVID-19 infection rate of any Canadian province or U.S. state. This has forced Premier Brian Pallister’s Progressive Conservative government to increase restrictions while most jurisdictions are removing them.

Manitoba’s daily average of 26 COVID-19 cases per 100,000 citizens is more than triple the Canadian average and nearly double that of Washington state, the jurisdiction with the second-worst infection rate.

Even as Manitoba’s daily case counts have started to recede, Pallister and his public health officials had little choice but to extend public health restrictions.

“We are in a tough situation, and our need is to protect each other and to safeguard our health care system for all of us,” Pallister said on May 27.

Epidemiologists, infectious disease experts and intensive care unit (ICU) physicians in Manitoba say the Pallister government has only itself to blame.

“They dithered with half-measures, ignoring the science and evidence all around them, and eroded public trust while squandering a month-long cushion at the start of the third wave,” Souradet Shaw, a social epidemiologist at the University of Manitoba in Winnipeg, said in a series of tweets on May 20 after Manitoba Shared Health began to transfer ICU patients out of province.

“Instead of developing a clearly articulated and evidence-based strategy to tackle predictable surges, they impugned critics, misled the public through distortions, obscuring data, and accountability, and blamed everyone but themselves.”

The ongoing crisis in Manitoba hospitals, which have been struggling for weeks to treat record volumes of COVID-19 patients, is the main reason behind the continuing restrictions.

On Sunday, a record 106 Manitoban COVID-19 patients were receiving intensive care. This includes 32 ICU patients transferred to hospitals in Ontario and Saskatchewan because there is no capacity in Winnipeg and Brandon hospitals to handle the patients.

A total of 35 ICU patients have been transferred out of province as of Sunday. Three have been returned while another prospective transfer — 31-year-old Krystal Mousseau of Ebb and Flow First Nation — died on May 25 after an attempt to move her from Brandon to Ottawa.

Winnipeg ICU physician Eric Jacobsohn said the hospital crisis has also led to the deaths of non-COVID patients, mainly because thousands of surgeries have been cancelled to free up hospital staff to work on COVID-19 wards.

Six cardiac patients have died waiting for heart surgeries that could not be performed because nurses and other health-care staff were not available, Jacobsohn said on May 25.

Other non-COVID patients are suffering while the health-care system struggles to provide basic care, he said.

Jacobsohn and Shaw are among dozens of doctors, infectious disease experts and epidemiologists who warned the provincial health-care system was in danger in early April, when COVID-19 case counts began rising exponentially in Manitoba.

Provincial officials dismissed those concerns, even as hospitalizations during Ontario’s third wave rose to the point where Toronto intensive care wards were struggling to treat record numbers of COVID-19 patients.

“Ontario, when you look at how the case numbers went up, likely waited much too long,” Atwal said during an April 16 news briefing. “We’re not going to go down that road, I could assure you that.”

Pallister went further later that month, lashing out at ICU physicians’ calls for a lockdown. “It’s coming all too often from people who wouldn’t be affected adversely by a shutdown,” he said.

“There are a lot of other people out in the province who don’t have a guaranteed paycheque, who are struggling to make ends meet, who have to work for a living, and they don’t want to go back to depending on a government program.”

It took a month for the official rhetoric to change in Manitoba. By the Victoria Day long weekend, hospitals were transferring ICU patients out of province and the premier was asking Prime Minister Justin Trudeau for critical-care nurses, respiratory therapists and contact tracers.

After the second wave of the pandemic, when Manitoba’s slow imposition of pandemic restrictions led to the highest per capita COVID-19 death rate in Canada, there was an expectation the province would be more proactive if case counts ever rose again.

Back in March, the chief provincial public health officer, Dr. Brent Roussin, suggested Manitoba had learned its lesson about imposing a series of incremental restrictions instead of enacting a lockdown.

“We quickly saw that the incremental approach and really trying to limit the impact of those restrictions just didn’t work when we started seeing more and more transmission,” Roussin said, pledging more decisive action next time. “I think that’s something we’d have to consider earlier on.”

Instead, Manitoba officials opted to once again employ a strategy similar the one they utilized with little success during the second wave. And Pallister, who had hinted earlier at some form of reopening strategy akin to those of other provinces, acknowledged Manitoba’s third wave is now destined to linger well into the summer.

“We’re not in a position to reopen,” Pallister said.