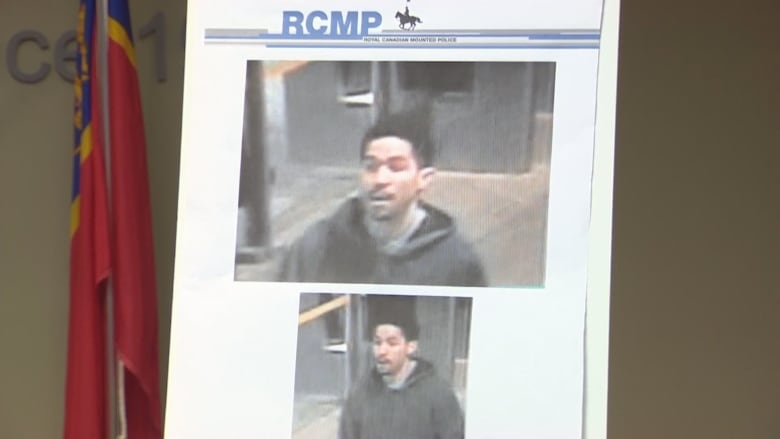 Police in Surrey, B.C., are asking the public to avoid an area around a SkyTrain station as they search for a suspect who may be armed and is wanted in connection with the shooting of a transit police officer.

RCMP say the injured officer, identified as Josh Harms, 27, was on regular patrol duty Wednesday when a suspect shot him on the platform of the Scott Road SkyTrain station around 4:20 p.m. PT.

Harms was taken to hospital with non life-threatening injuries.

Police are using dogs to search for the suspect, who is still at large and may be armed. At least 80 officers are involved in the search.

They have zeroed in on two areas in Surrey, which they have cordoned off; one from from King George Boulevard to 114th Avenue, and another from 125a Street to 124 Street.

Police are asking people to avoid these areas, stay indoors and leave on a light on their front porch. 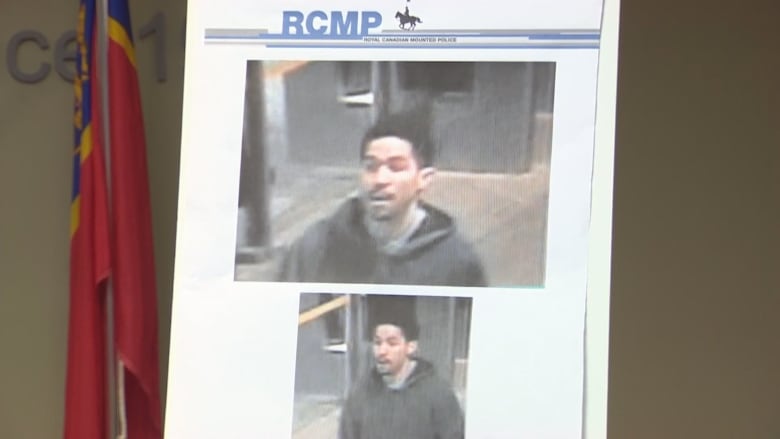 A picture of the suspect was released by Surrey RCMP. (RCMP)

“We are asking you to stay inside and to lock your doors,” said Surrey RCMP assistant commissioner Dwayne McDonald.

The suspect is described as a male in his 20s, with dark skin, a dark stubble goatee and a mustache. He was last seen wearing a blue sweatshirt jacket and white Nike running shoes with a black swoosh.

Surrey RCMP released this surveillance footage of the man suspected of shooting a transit officer on Jan. 30. 0:14

Police say they are canvassing video taken at the scene of the shooting, and interviewing multiple witnesses. They’re also warning the public that if they spot the suspect, call 911 and don’t approach him.

Because of the search, police took measures to secure nearby residences and a school where 25 people, including 15 students, 10 teachers and parents, were attending an after-school program when the shooting occurred, said Doug Strachan with the Surrey School District.

The protocol put into place at Bridgeview Elementary School meant everyone was required to stay inside the school and lock the doors, but activities carried on.

Police gave the all-clear at 8:30 p.m. PT and people were permitted to leave.

The officer is expected to make a full recovery. 0:53

TransLink says the station has been closed and a bus bridge put in place.

Hampton says he knows Harms well and described the event as “shocking.”

McDonald said he checked in with Harms earlier Wednesday evening.

“He was in good spirits,” McDonald said. Harms has been with the Metro Vancouver Transit Police force for three years.

Meanwhile. police detachments across the country expressed their support for the officer on Twitter.

Our thoughts are with the family, friends and colleagues of the Vancouver <a href=”https://twitter.com/TransitPolice?ref_src=twsrc%5Etfw”>@TransitPolice</a> officer who was shot while on duty this afternoon.