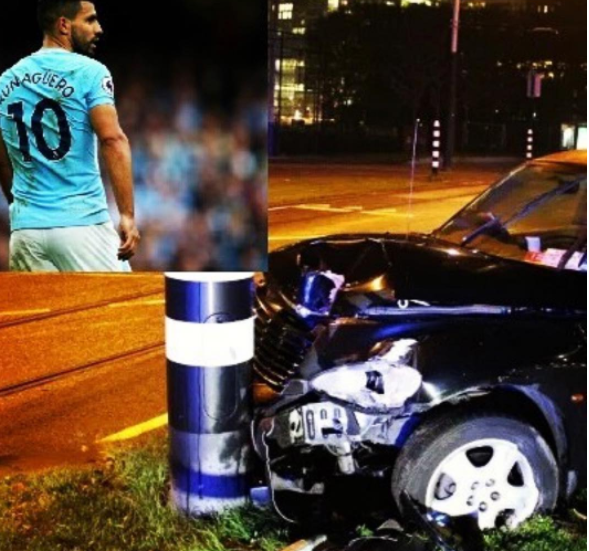 Manchester City striker, Sergio Aguero was involved in a car accident on Thursday night and he sustained injuries but according to his club, the extent of his injuries is not yet known.

City in an official statement, said ‘Aguero was in Holland on his day off and has sustained injuries.  He will return to Manchester this morning and his status will be checked ahead of tomorrow’s Premier League clash at Chelsea.  We will bring you all the latest on Sergio as we get more news’.

Aguero was in a taxi heading to the airport in Amsterdam, after attending a concert when it veered off the road and crashed into a lamppost.