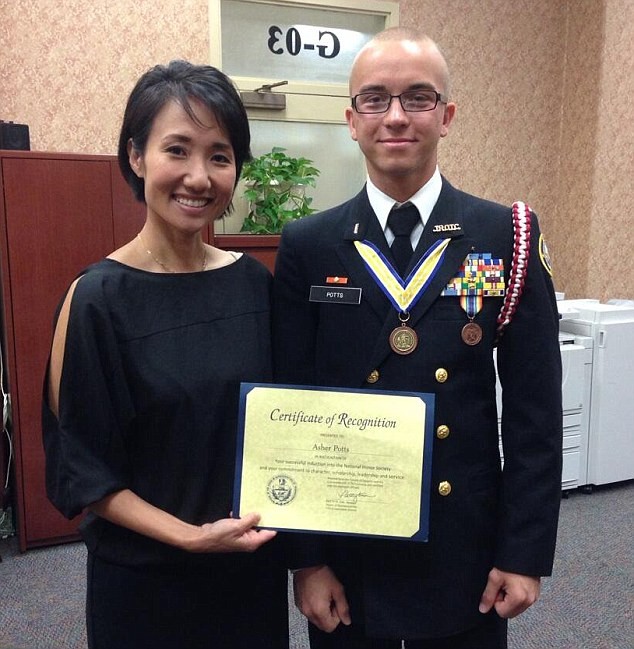 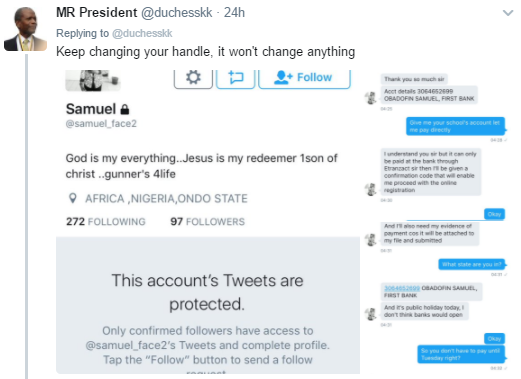 A few weeks ago, twitter user @samuel_face2 toook to his timeline to appeal to Nigerians to help him raise money to pay for his school fees. Sympathetic Nigerians reached out to him, asked for his account number and then sent him some money.

However after receiving the money, he would block his donors and refuse to correspond with them further. He would also slide into peoples DM to ask them for money. He then blocks whoevers turns him down as well as those who obliged him by sending some money.

Apparently he came online recently with a different handle to still ask for donations for his school fees.
This time around, he was caught by twitter user @duchesskk who has had an encounter with him.
@duchesskk called him out and shared some  proof that he indeed is a fraudster. First bank which he was using to collect the money has flagged the account as they are investigating it. They have also refunded the money to his donors.
The alleged thief has come out to apologize for defrauding Nigerians. See the comments 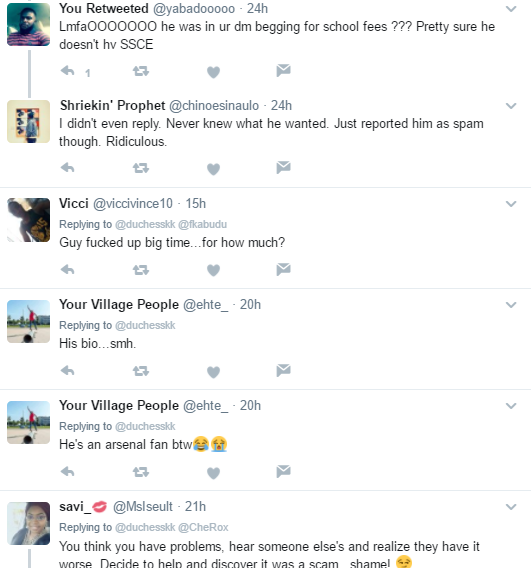 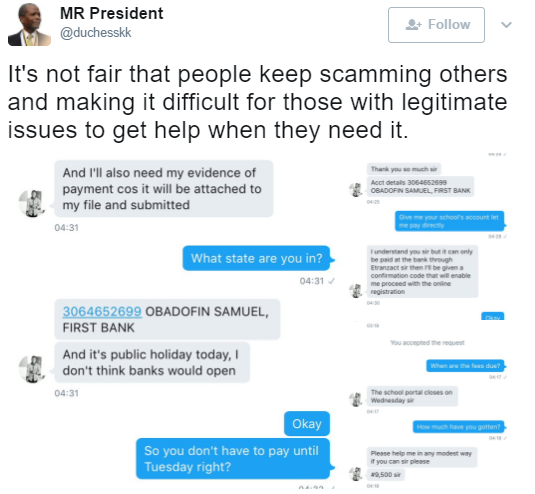 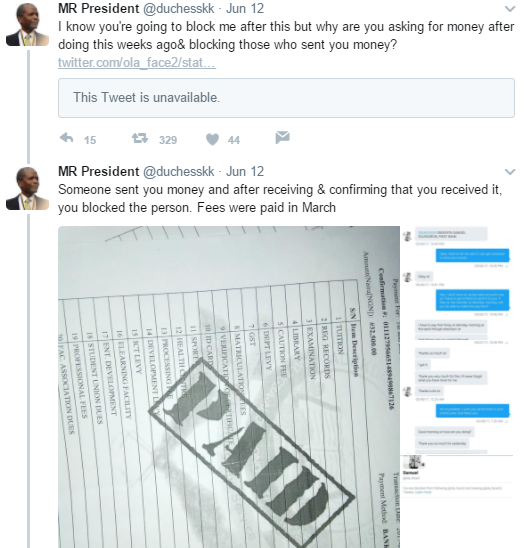 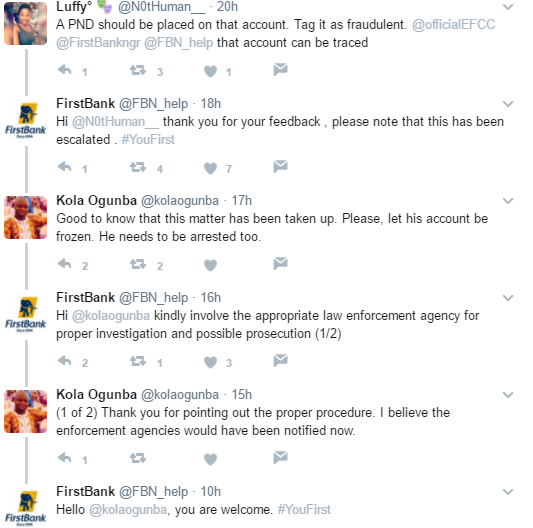 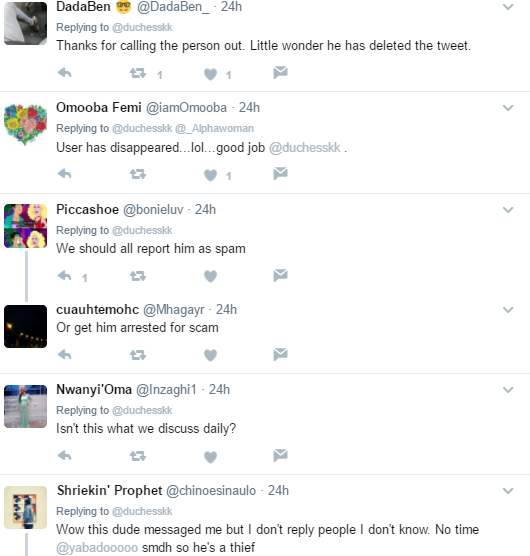 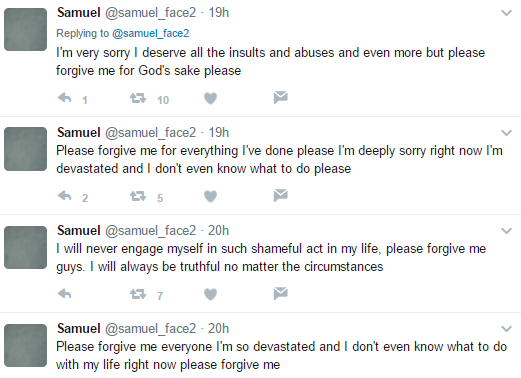 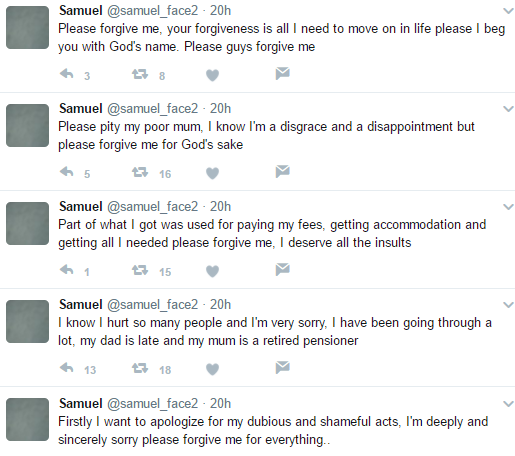 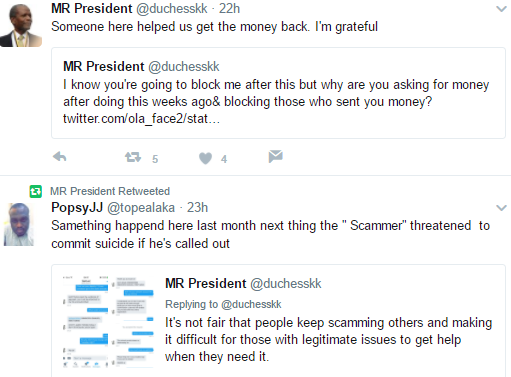