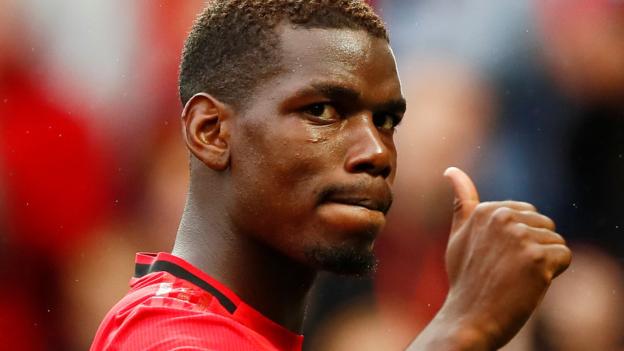 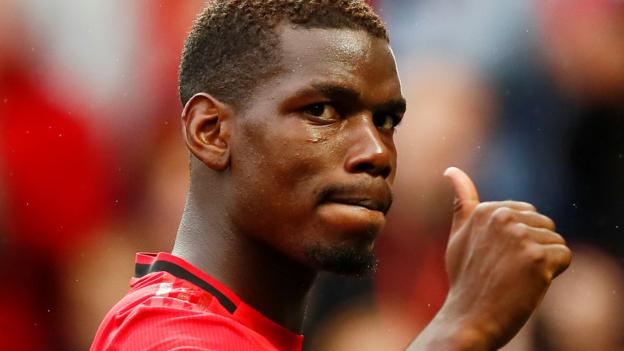 The feel-good factor is back at Old Trafford, and this time there are some reasons why it could last.

I’m not getting carried away by the margin of Manchester United’s 4-0 win over Chelsea – the scoreline did not reflect the game until the Blues collapsed towards the end.

Right up until when United scored their third and second goals in quick succession, in the 65th and 67th minutes, things were pretty even and Chelsea had some very good chances.

But what I saw on Sunday was a Manchester United team that looked like they had a spirit of togetherness, a set system – and also the right players to execute that plan.

It is very early days, but the £80m United spent on Harry Maguire already looks worthwhile, because of the effect he has had on the rest of the team.

Being realistic, looking at the quality of Manchester City, Liverpool and Tottenham, then United are not going to win the league.

But, on this evidence, fourth place looks very attainable and, while there is such a clear direction and also a focus on youth, then United fans will go with that whether this team is successful or not.

A platform for United to build from

When I think of the great United teams of the Premier League era, they were all built on two excellent centre-backs and a brilliant goalkeeper.

We are only one game in, but what I saw from Maguire and Victor Lindelof in their first competitive game together was one of the most pleasing things for me about United’s performance. Along with David de Gea, they were the biggest reason United won 4-0.

On Sunday, United had two centre-backs who won their headers and duels but were also comfortable in possession, were calm and composed with or without the ball, and gave the team the kind of platform to build and enjoy their football that they have not had often in the recent past.

There is nothing particularly fancy about either Maguire or Lindelof – they are just very good defenders – but they can use the ball too.

Maguire and Lindelof played lots of passes in their own half, and with very high levels of accuracy, but not because they were just playing the ball sideways at the back.

They were passing the ball forwards with confidence, playing the ball around the Chelsea press, penetrating their lines and moving the team up the pitch.

You could quickly tell that the players in front of them trusted them in possession. In midfield, for example, Paul Pogba and Scott McTominay knew they were going to get passes in the right place, which is away from the opposition player who was closing them down, and at the right speed too.

That meant that, say, Pogba was picking up the ball in positions where he wanted to receive it, with time to turn and pick his pass.

That proved to be a big problem for Chelsea with space behind their defence for Marcus Rashford or Anthony Martial to run into.

Pogba’s challenge – can he become a United great?

With the pace they have when they attack, whether it be in wide areas or centrally, United are perfectly set up to be a counter-attacking team.

As part of that, Pogba will play a huge part in any success they have this season – people keep saying United should sell him but for me it is hard to imagine this United side without him in it.

He would leave a hole the size of the Channel Tunnel if he left, because I do not see another midfielder in the Premier League that can play the pass he did for United’s third goal, when he set up Marcus Rashford.

That was not the only occasion he produced a ball of that kind of unbelievable quality, but we have always known he has got that ability.

What I want to see now from Paul now is consistency with the level of his performances over an entire season, not just a handful of games.

I also want him to become the leader of this team by setting the example on the pitch and in the dressing room.

If he can do that, he can become a United great, one of the legends of the club. That is the challenge for him.

Rashford and Martial must aim for 20-goal mark

We saw against Chelsea why United sold Romelu Lukaku, because although he is a proven goalscorer, he would not have fitted into that team.

The way United boss Ole Gunnar Solskjaer wants to play, his forwards have to be able to press, play at a high tempo and have the mobility and versatility to play in different positions in attack.

Marcus Rashford and Anthony Martial have got the ability, the technique, and the raw speed to do that – now they have to score the goals to go with it too.

They have got to be aiming to score 20 goals apiece this season and, if they can do that, then United will challenge for the top four, which has to be their aim anyway.

There are bigger tests to come for United’s attack, of course. Sunday’s game was so wide open, it was like a basketball match.

I don’t just mean against the other leading teams either, because United don’t play another side from the expected top six until they face Arsenal on 30 September.

Before the end of August they face Wolves (away), Crystal Palace (home) and Southampton (away), all teams that United failed to beat in the corresponding fixtures last season.

Wolves and Palace in particular will be tight and very cagey affairs and there is no way United’s forward players will get the same amount of space that Chelsea gave them.

For now though, they should just enjoy Sunday’s win and the confidence it will give them – particularly Daniel James, who came off the bench to score his first goal for the club after joining United from Swansea in the summer.

He is a young kid who has had an unbelievable rise and also a lot to deal with in his personal life after his dad died just before his move to Old Trafford.

Probably the best moment of the game was seeing his celebration when he scored United’s fourth goal just after coming on.

You could see how much it meant to him and it took me back to the time when I first played for United as a teenager. I was so pleased for him, and hopefully there is more of the same to come.