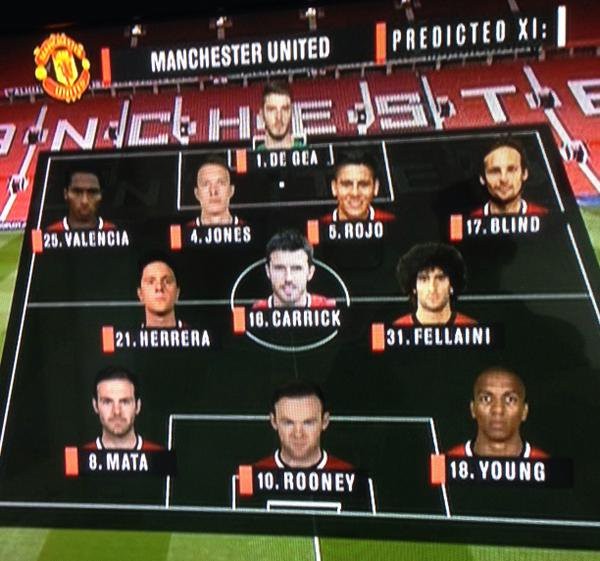 Real Madrid showed their class and superiority over Man United on Wednesday night in Macedonia, as Los Blancos lifted the UEFA Super Cup after winning the mach 2-1.

Isco (scorer of Real’s second), Luka Modric and Toni Kroos bossed the game from start to finish, while Casemiro also bagged a rare goal in the showpiece.

Romelu Lukaku found the net for United to give the scoreline a modicum of respectability, but Real could have scored plenty more – they hit the woodwork twice in the match.

Chelsea were the trendsetters last season in the Premier League.

Antonio Conte memorably changed the course of the Blues season during a 3-0 defeat away at Arsenal, as he ditched a flat back four to play three at the back instead. After that, Chelsea never looked back.

Could Jose Mourinho be the trendsetter in 2017-18?

Following the Real Madrid game, the data has revealed how Man United fielded a new formation against the Spaniards, particularly when they had the ball: 3-6-1.

United’s formation practically projects like a 3-6-1.
That’s quite a midfield block, but ball progression from midfield is mwah.#passmap pic.twitter.com/1RdtnKiC0I

In a concern for United, despite have so many bodies in midfield, they still struggled to create changes in the wide areas.

Tweets on Man United’s 3-6-1 formation are below.

Agreed – though I worry about that long-term since that isn’t his position. No sign of Martial even though he destroyed Carvajal days ago.

Very odd. I hope Rashford’s fine with it for the time being. The squad still feels a bit unbalanced at the moment.