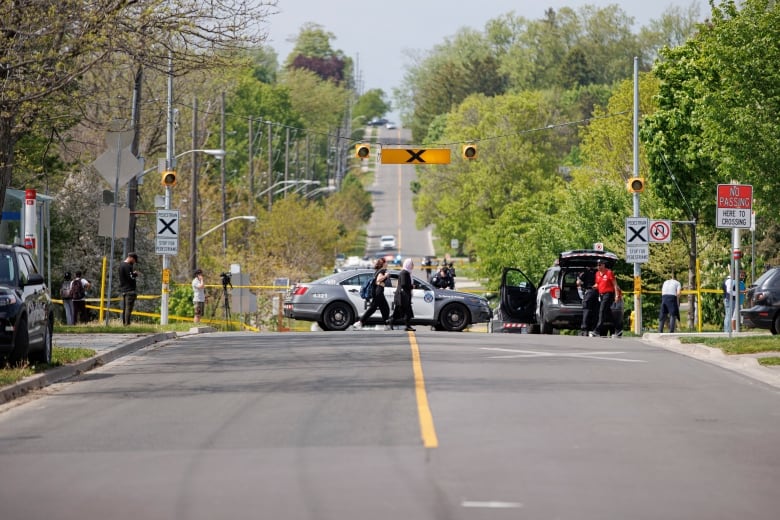 A man shot dead by police after reports of a person with a rifle forced several schools into lockdown in Toronto Thursday in fact had a pellet gun, Ontario’s police watchdog says.

The Special Investigations Unit (SIU) also says the man was 27.

Toronto Police Chief James Ramer said officers were called to the Port Union area of Scarborough around 1 p.m. for reports of a person with a gun.

According to police, multiple residents called 9-1-1 with reports of a man in his late teens or early 20s with a rifle. Callers described him as wearing a white ball hat and a three-quarter length coat.

At a news conference late Thursday afternoon, Ramer said officers were “confronted” by the man, who he confirmed was dead. Ramer declined to provide further details, citing the SIU’s investigation.

On Friday morning, the SIU confirmed to CBC News that a pellet gun was recovered at the scene. It’s unclear if the man was holding the weapon when police located him.

“The investigation is ongoing to determine the circumstances that led to police shooting the man,” Denette said.

A post-mortem examination is scheduled for tomorrow, the SIU says.

Police said after the shooting that there was no wider threat to public safety, but that officers would be stepping up patrols in the area for the time being.