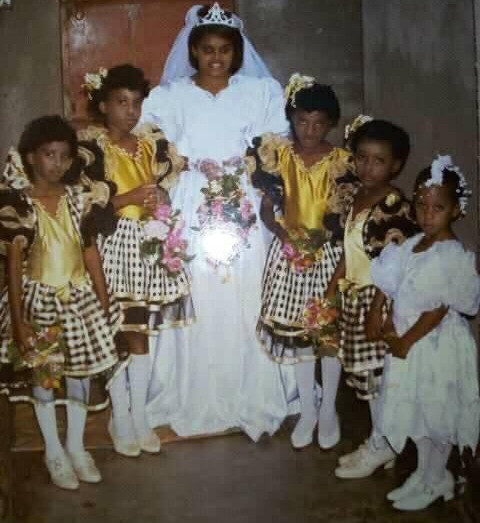 A Ugandan event host has shared a throwback photo that shows him serving as a little bride at a wedding.

He explained that his mother was the wedding planner, and the little bride became sick on the wedding day.

Out of options, he said his mum put him in a white dress and veil and used him as the replacement. 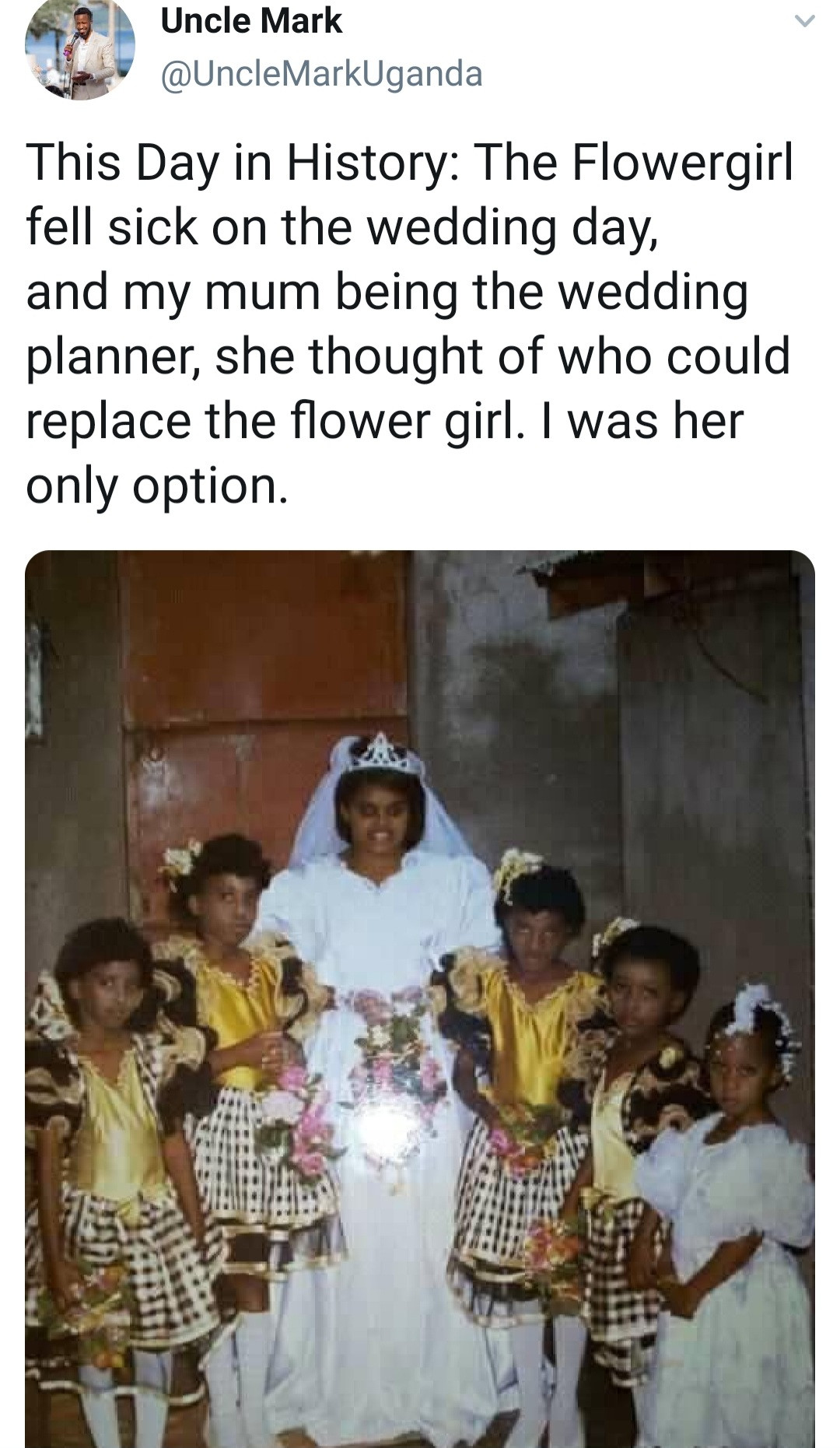 He did well as a little bride, such that Twitter users said they couldn’t tell it isn’t a girl if he hadn’t mentioned it. 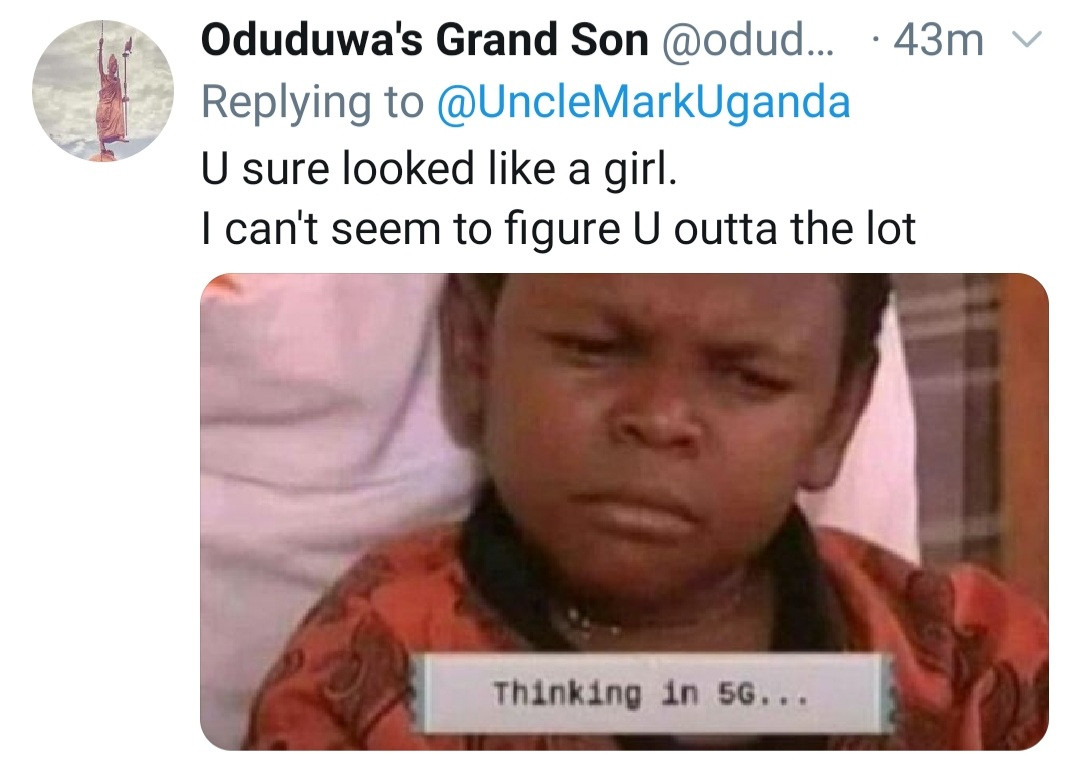 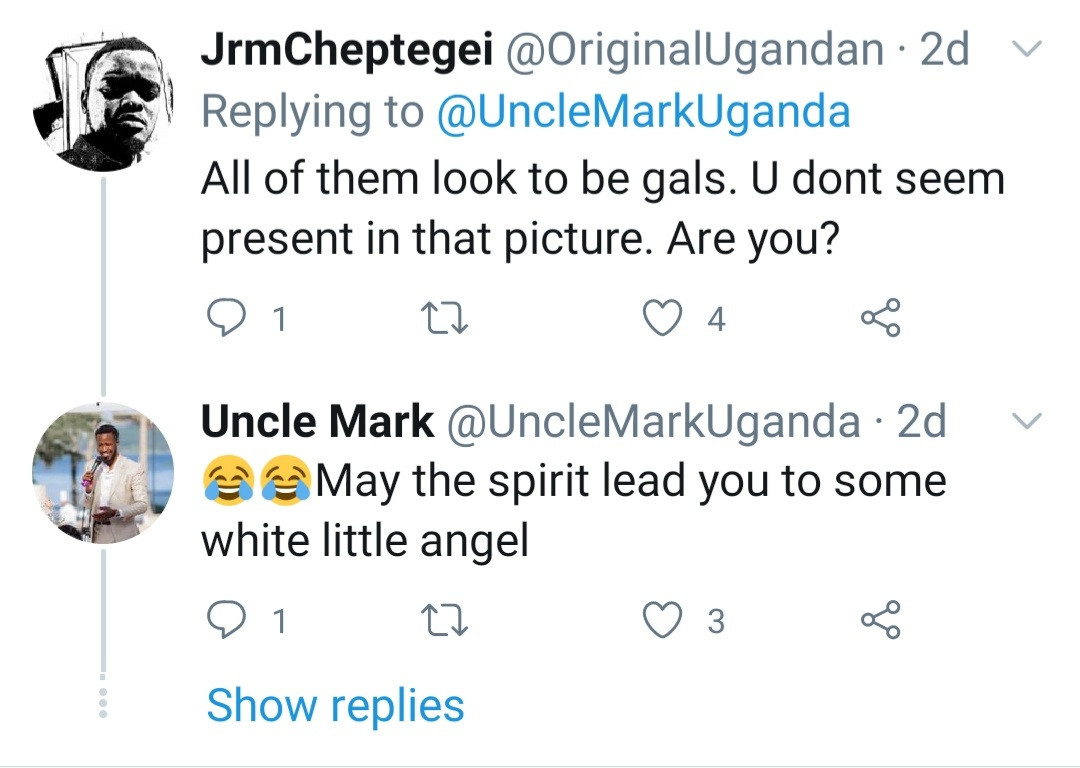