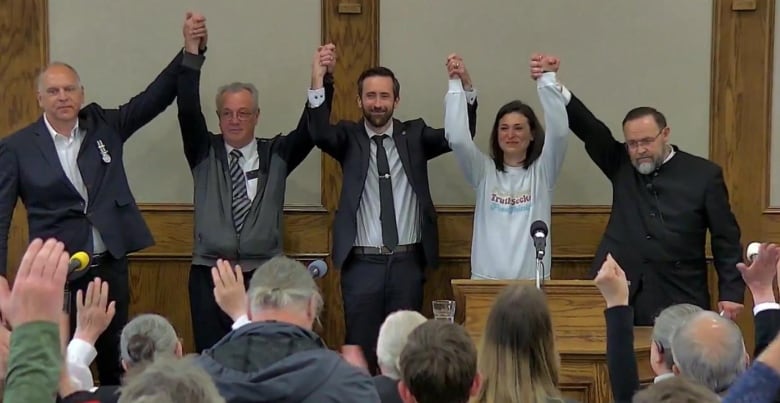 Seven rural Manitoba churches hope to convince a judge that the province’s lockdown measures are unjustified violations of Charter-protected freedoms of conscience, religion, expression and peaceful assembly — and that the chief medical officer of health failed to consider the “collateral social and health costs” of locking down society.

Since early on in the pandemic, indoor gatherings have been restricted in Manitoba — either banned completely or under capacity limits — and that has impacted on religious gatherings.  So far, nearly 1,000 people have died in the province due to COVID-19, and Manitoba brought in tighter restrictions last week due to a rising third wave of cases.

The churches’ statement of claim alleges the number of COVID-19 deaths in Manitoba has been “inaccurately inflated and the resulting inaccurate figures” have been used to justify the lockdowns, and that modeling data is “flawed and unreliable.”

This is just one of a number of similar court cases taking place across Canada involving the Calgary-based Justice Centre for Constitutional Freedoms (JCCF) that will pit Charter-protected religious freedoms against the public health need to keep people safe — and physically distanced from one another — during a deadly pandemic.

The Charter challenge of this case will be heard by Glenn Joyal, Chief Justice of the Court of Queen’s Bench of Manitoba, over nine days this month, starting Monday. Neither Roussin nor the province is commenting while it is before the courts.

Meanwhile, there is anger after a church near Edmonton was forcibly closed in April by Alberta Health Services.

“Those engaging in civil disobedience are in the minority, but it’s clear that they feel very passionately and strongly about this,” said Kristopher Kinsinger, a lawyer who is doing his master’s degree at McGill University’s Faculty of Law. His expertise is in freedom of religion so he has been watching the issue carefully.

“Many of them do feel quite sincerely that their ability to live their life in accordance with their religious convictions is being severely limited,” he said. Kinsinger belongs to a church in Waterloo, Ont., that he said is not engaging in civil disobedience.

They are also representing Tobias Tissen, the minister for the Church of God Restoration near Steinbach. Both he and the church have been fined numerous times for violating Manitoba’s public health orders.

During the first phase of court hearings in February, church lawyers challenged the powers of Manitoba’s chief public officer of health, saying they are too broad and far-reaching, and that Dr. Brent Roussin is making decisions without public consultation or oversight.

They argued the health minister is simply rubber-stamping Roussin’s directives, which they say don’t have enough checks and balances, given the wide-ranging implications of the COVID-19 restrictions.

“Personal rights and freedoms have vanished almost overnight, with no end in sight,” say court documents filed by the JCCF.

The documents describe “draconian” measures that closed churches because they were considered non-esssential services, turning church-goers’ lives “upside down” and causing “tremendous mental and spiritual hardship.”

“The stress and loneliness that these measures have caused the Applicants, (and all Manitobans) is profound and devastating. How ‘flatten the curve’ turned into more than a year of crushing public health measures which restrict everything that makes Manitobans happy and human is unfathomable,” court documents say.

Members of a church in Steinbach, Man., a COVID-19 hotspot, clashed with the RCMP when they tried to enforce public health measures prohibiting all gatherings, including religious services. The pastor said officers were ‘blocking God.’ 2:35

However, the lawyer representing the province argued there are several levels of safeguards in place to prevent the abuse of power.

All public health orders must meet the threshold of a serious or immediate threat to the public which can only be prevented by these measures and restrictions, Michael Conner said in court, according to media reports.

The basic Charter argument is that restrictions on religious events, such as weddings, funerals and Sunday services, infringe on the fundamental freedom of religion protected by Section 2 of the Canadian Charter of Rights and Freedoms.

The Charter protects both a person’s religious beliefs and the religious actions that come as part of that belief system, said Eric Adams, a constitutional expert and professor in the Faculty of Law at the University of Alberta in Edmonton.

“We know that religious rights are being interfered with. There’s no question that’s been one of the tremendous harms of the pandemic,” Adams said. “But we know that on the other side of the ledger, we are in the midst of a crisis in which people are dying.

“To the extent that that transmission occurs which sends people to hospital, sends people to ICU or in some cases continues to kill Canadians, then governments are going to, I think, have strong arguments that that a cautious approach is perfectly appropriate.”

Governments will defend their actions under Section 1 of the Charter, by arguing that the restrictions are reasonable in a free and democratic society, that public health has to be balanced against people’s individual rights and freedoms, said Kinsinger.

“This is where the government needs to demonstrate that the methods that it’s adopted are limiting freedom of religion no more than is necessary to achieve its objective,” he said.

This provides an opportunity to ask if alternate policies could allow for limited gatherings, but still ensure churches don’t become super-spreader events. For example, drive-in or outdoor services with face coverings and proper physical distancing in place.

In Manitoba, drive-in church services are currently allowed as long as vehicles only include members of one household and anyone leaving their vehicle observes public health measures.

That change to the public health orders came after a Manitoba court ruled in December that a Winnipeg church was not permitted to hold drive-in worship services.

“Balance is the key word here, because there’s no magic that falls from the sky and tells governments what’s the exact amount of limitation that should be imposed on religious gatherings. Should it be a total restriction? Should it be a 15 per cent person limit? When should we lift those limits?” Adams said.

“All of that is difficult public policy making and one that courts have traditionally granted governments a great deal of leeway in deciding.”

And, because there are still ways for faith groups to meet, such as online, that will be a factor in any court decisions.

Already, the B.C. Supreme Court has dismissed a legal challenge to the province’s restrictions on in-person religious gatherings, although the churches are appealing.

“As long as we remain in the grips of the third wave of this pandemic … those government lawyers are going to have a very, very strong case that these are reasonable limits,” Adams said.

A favorable decision for the churches in one province may not provide a legal precedent because the severity and context of COVID-19 varies across the country, Adams said.

However, as infections and hospitalizations drop, and the vaccination rates rise, Kinsinger said the benefit of restrictions will decrease while the costs on religious communities will increase.

“At some point, we should expect the balance to shift,” he said. “It’s not a question so much of if, as when.”