Man arrested with ‘$740,000 stuffed in suitcases’ in South Africa 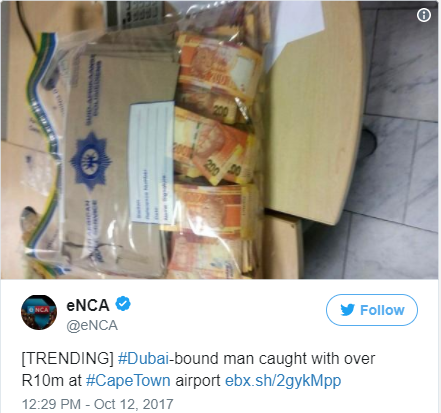 Customs officials detained the man and seized the cash at Cape Town International airport. He had been planning to fly to Dubai, a spokesman for the elite police unit, the Hawks, was quoted as saying, ‘obviously our probe in this will be to determine the trail and origin of the money. We cannot rule out unearthing illicit activities as we go along’.

The suspect is expected to appear at Bellville Magistrate’s Court in Cape Town on charges of contravening the Customs and Excise Act by failing to declare the cash.