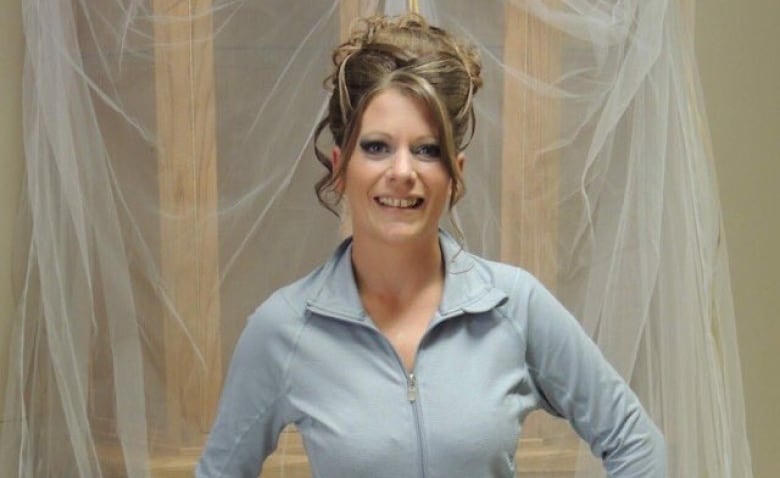 Less than six weeks after Philip Toner finished serving a five-year sentence for raping a 15-year-old girl, he has been charged with killing his girlfriend, Brenda Ware, and dumping her body along the highway just across the Alberta border on the B.C. side.

CBC News has obtained parole documents showing the Parole Board of Canada (PBC) was gravely concerned about the risk Toner posed to women given his long criminal history of violence against girlfriends.

Two separate assessments of Toner while he was in prison found that, not only was he a moderate risk to commit violence against a spouse, he was also a moderate to high risk to reoffend sexually.

Last December was the third and final time Toner’s parole was revoked because of criminal behaviour while on release before his sentence expired on March 29.

After that date, the PBC had no control over Toner or the conditions imposed on him.

Now, Toner faces a charge of second-degree murder, accused of killing Ware, 35, somewhere in southern Alberta before transporting her body to Highway 93 in Kootenay National Park.

“The loss of a child is one thing, being murdered is another,” said her mother, Karla Ware, from her home just outside Cremona, 80 kilometres northwest of Calgary.

Brenda’s parents say they knew something was wrong on May 5 when they got a call that their reliable daughter hadn’t shown up to work.

Brenda lived just outside Cremona, on the family acreage, in the farmhouse where her mother was raised.

All the way home, Karla checked the ditches for her daughter’s Jeep. But when she arrived home, the situation was much worse than she’d imagined.

Brenda’s front door was wide open, her house was on fire and she was missing.

The Wares’ close family friend Kim Taylor, who operates an organization that finds missing animals, mobilized every resource available to begin a search.

She had Jeep groups, quad parties, helicopters and people on horseback searching all the main and secondary highways.

Taylor, who described Brenda as a second daughter, also spread the word on social media and soon, she says, tips began “pouring in.” She shared everything with RCMP.

Brenda’s body was found in B.C. northeast of Radium, the day after she went missing.

Police allege Toner left both the victim and her SUV along the side of the highway before hitchhiking to the Okanagan area, where he was arrested days later.

After his arrest, RCMP returned Toner to Alberta. He will appear in Didsbury court next week.

Toner is no stranger to the justice system.

In April 2015, he was doing drugs with a family member and a 15-year-old girl when he was asked to drive the teen to another location, according to the December PBC decision.

The pair stopped and when she rejected Toner’s advances he gave her more drugs until she was incapacitated.

Then he raped her.

In a victim impact statement filed at Toner’s sentencing hearing for the sexual assault conviction, the girl’s mother wrote that Toner’s crime broke the family apart. She said his actions will “haunt” her daughter for the rest of her life.

Toner was sentenced to five years in prison for the sexual assault and other offences. During his time in prison, Toner was found to be disruptive, disrespectful, verbally abusive and violent, according to the PBC decision.

He was kicked out of a sex offender program, attempted to headbutt staff and got in fights with other inmates.

Toner’s potential for successful reintegration into the community was assessed as low.

According to the decision, at the hearing, Toner told the board he has “the worst people skills anyone will see” and a “problem” with emotions.

Each time Toner was released, he was bound by a host of conditions including that he stay away from female children, drugs, alcohol and report all relationships with women.

Between June 2019 and December 2020, Toner was released from prison three times only to reoffend and have his parole revoked each time because of issues with women, drugs and violence, according to the document.

At a parole hearing, held Dec. 7, 2020, Toner told the board members he would “never willingly hurt another person.”

“You said that the wild animal that you were is dead for years,” wrote a board member identified only as K. Scott.

Toner, who has a history of domestic violence, was at the time considered a moderate risk to commit violence against a spouse, according to the Spousal Assault Risk Assessment.

The board wrote that he had confined one of his ex-girlfriends against her will and then criminally harassed her for months after their break-up.

Another assessment prepared in advance of his release found he was at moderate to high risk to reoffend sexually. The assessment does not appear to be dated.

Ultimately, the board found Toner was too high risk to be in the community and revoked his statutory release.

Afraid to break up

Brenda’s parents had never heard of Toner until he became a person of interest and then a suspect in her murder.

Don and Karla call Brenda their angel; a daughter and friend who hoped to find a life partner.

“I think she was looking for a man like her grandfather or her dad and just couldn’t find him,” said Karla.

Taylor says Brenda mentioned Toner only once in passing, about a month before her death.

But in recent weeks, Taylor says Brenda had told a couple of hairdressing clients she wanted to break up with her boyfriend but was afraid for her safety.

Brenda, says Taylor, was “trusting and so innocent.”

“If there was a human Care Bear, that was Brenda.”

“Her life was so good and she wanted everyone to feel that way,” said Taylor. “She was extremely nurturing … I’ve never seen that girl angry.”

In the warmer months, Ware could be found playing baseball or on the golf course where she either played or caddied for her father with whom she was incredibly close.

“This person who took her life, he doesn’t really understand what he took,” said Taylor.

“This was somebody special.”