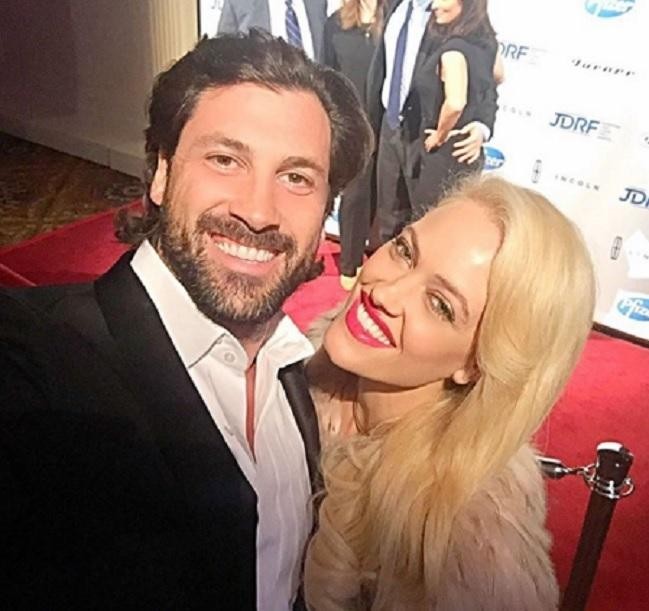 Maks and Peta are married!

Maksim Chmerkovskiy and Peta Murgatroyd, mother of their six-month-old son Shai and a fellow Dancing With the Stars pro, have tied the knot, reports Us Weekly.

Maks told the mag, “It was everything we ever dreamt of.” His blushing bide added, “And the party of the year!”

The outlet also reports that the non denominational ceremony was 40 minutes long and that the vows they exchanged in front of 300 guests were self penned.

As previously reported by E! News, the Ukrainian and the Kiwi were slated to (and did!) exchange their vows in the 137-room Oheka Castle—where Taylor Swift ‘s “Blank Space” music video was filmed—on Long Island, New York in front of family and friends, including his brother and co-star Val Chmerkovskiy his season 20 partner and actress Rumer Willis, fellow DWTS pro dancer Sharna Burgess and season 18 contestant and Fuller House star Candace Cameron Bure.

The night before, the group had a pre-wedding party at the venue. 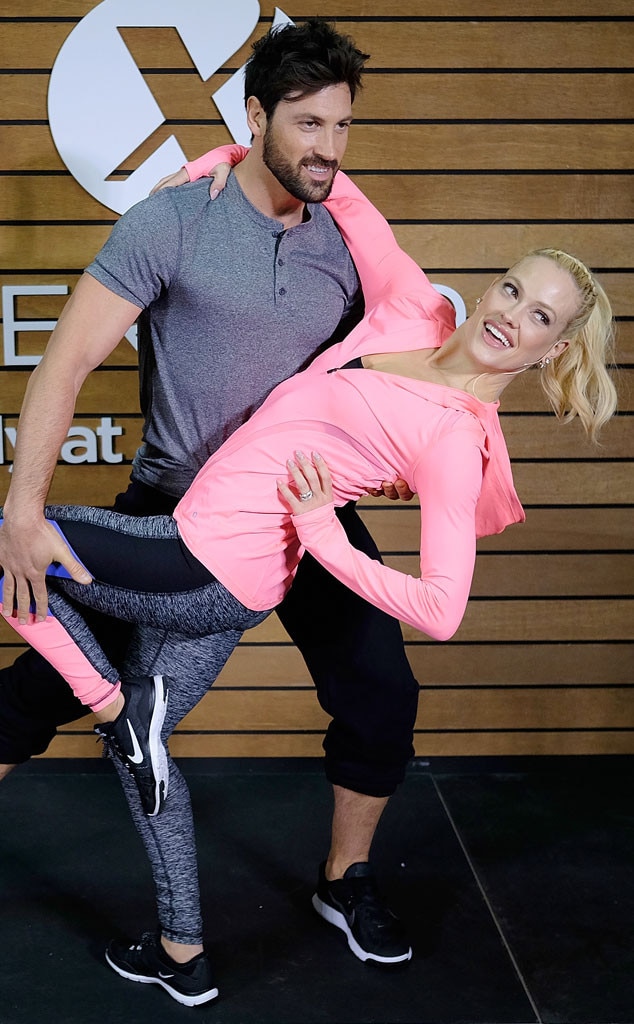 Maks and Peta first dated a few years ago and rekindled their romance and went public with it in 2015. He proposed to her that December, onstage at the SWAY: A Dance Trilogy event at the Olympia Theater, in front of fellow pro DWTS dancers and past celebrity contestants, including Meryl Davis, who won season 18 with him.

She gave birth to Shai, their first child, this past January.

In June 2016, Maks and Peta talks about their wedding plans in an interview with E! News, saying they planned to tie the knot in New York City, where he was raised after his family immigrated from what is now Ukraine. Peta signaled the wedding would be a family affair in more ways than one.

“We deliberately have it in July so it doesn’t conflict with any of the seasons, so we can bring our past partners and our troupe of dancers and stuff like that,” she said.

He told E! News in June that he has recommended she limit her carb eating and said the pro dancer has also limited her alcohol consumption “as much as possible.”

“What we are really focusing on is eliminating the scale,” he said. “She has not weighed herself this entire time throughout the program, which is not normal for a female, but I love it!”