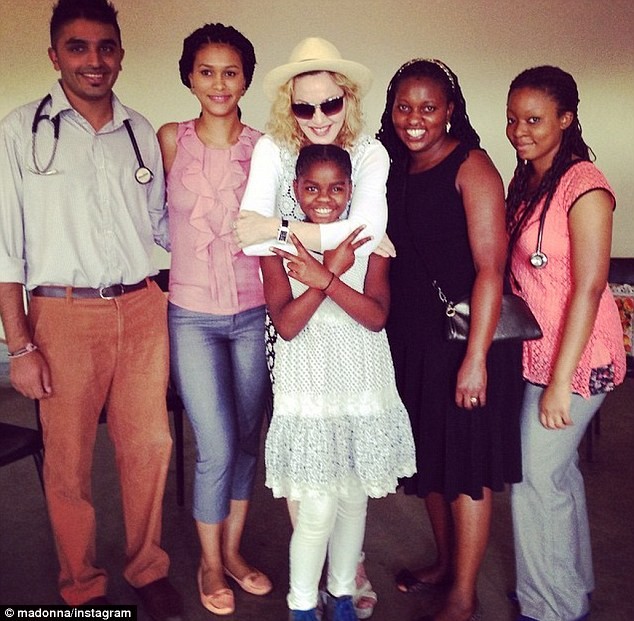 Madonna is giving back in a big way to the country where all her adopted children were born.

The clinic is the first of its kind in the country and was developed in partnership with the organization and the Malawian Minister of Health, the group said, adding that it “will help Queen Elizabeth hospital double the number of surgeries performed on children each year and will increase the chance of survival after critical surgeries. In addition to serving more children, this new facility will become a training center of excellence for Southern Africa, with more local doctors acquiring the skills needed to perform pediatric surgery.”

Mercy is one of Madonna’s six children. The singer is also a mother to Lourdes, 20, Rocco Ritchie, 16, David Banda, 11, and 4-year-old twins Esther and Stella. Madonna adopted the latter three from Malawi as well. She brought the twins home earlier this year.

“Malawi has enriched my family more than I could have ever imagined,” Madonna said. “It’s important for me to make sure all my children from the country maintain a strong connection to their birth nation, and equally important to show them that together, humans have the power to change the world for the better.”

“When you look into the eyes of children in need, wherever they may be, a human being wants to do anything and everything they can to help, and on my first visit to Malawi, I made a commitment that I would do just that,” she said. “As we approach the opening of the Mercy James Institute for Pediatric Surgery and Intensive Care, I’d like to thank everyone who has joined me on this unbelievable journey. What started out as a dream for Malawi and her children has become a reality, and we couldn’t have done it without your support.”