Macron Opens A ‘Demanding’ Dialogue With Putin In France 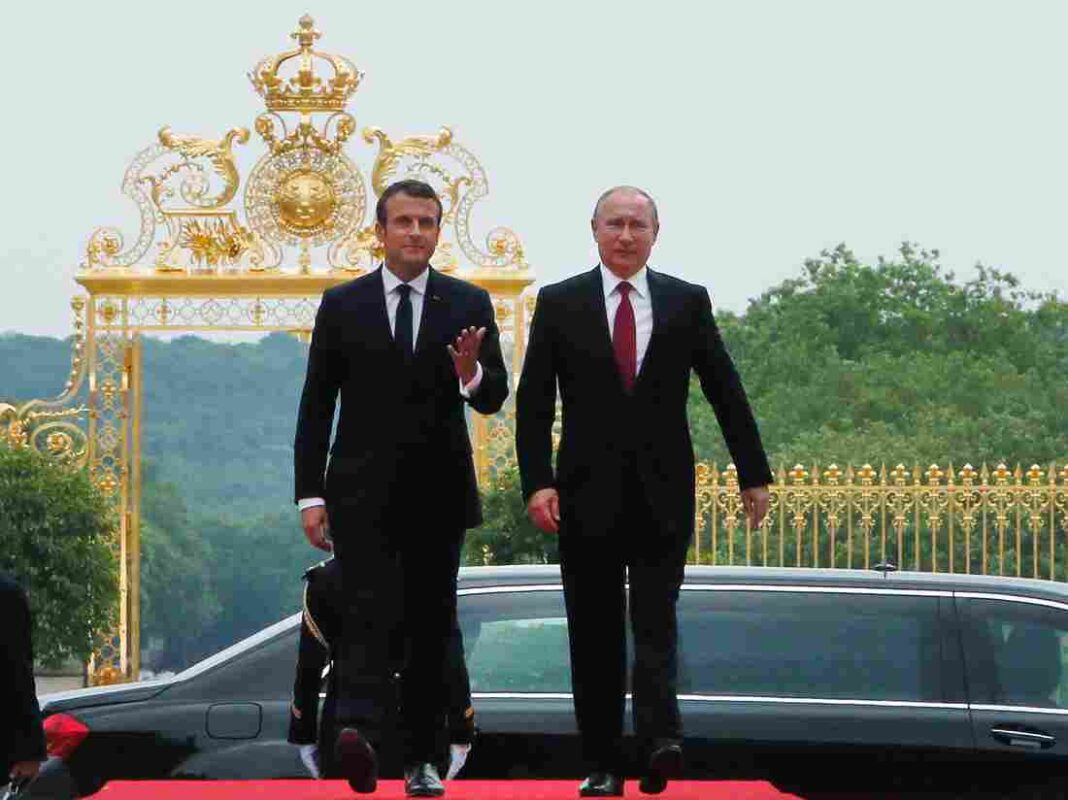 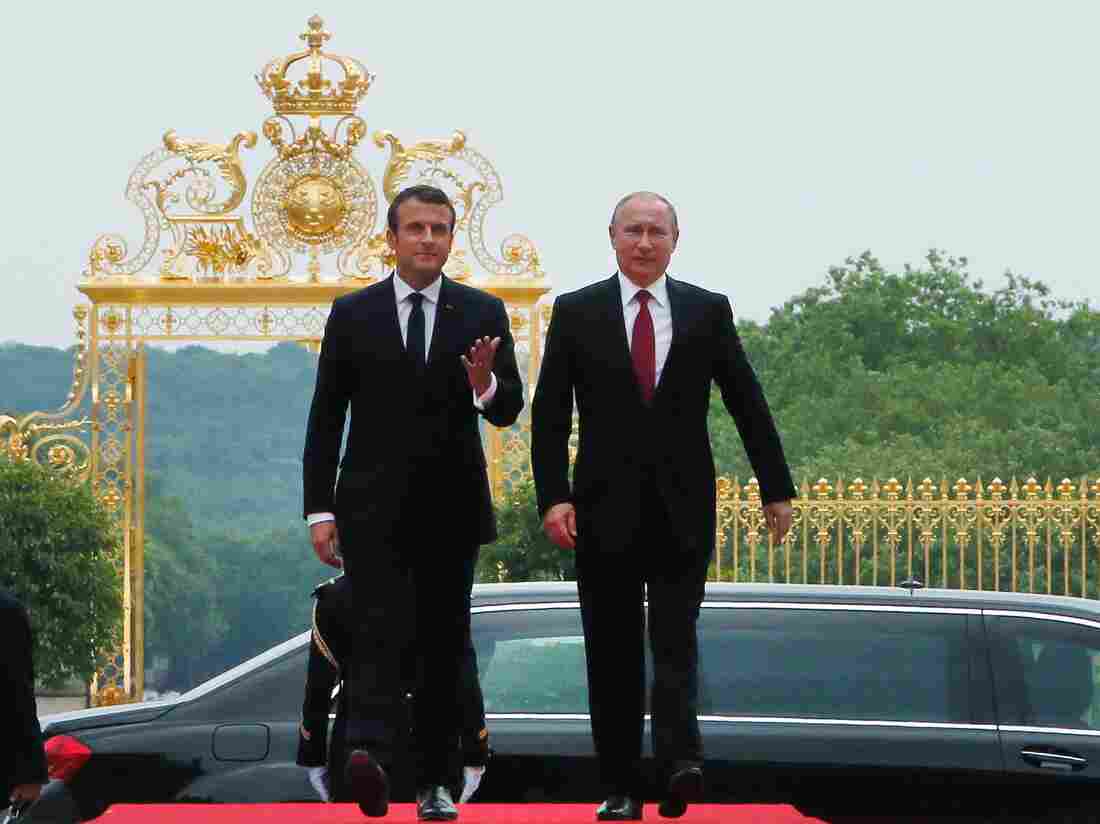 French President Emmanuel Macron and his Russian counterpart, Vladimir Putin, arrive at the Palace of Versailles near Paris on Monday. It’s the leaders’ first meeting since Macron came to office.

Newly elected French President Emmanuel Macron and his Russian counterpart, Vladimir Putin, have a whole lot of ground to cover Monday: Between the long standing conflict in eastern Ukraine, the six-year-old civil war in Syria and their own countries’ tattered ties, the Russian president’s stop at the Palace of Versailles promises plenty of difficult topics for conversation.

That’s a fact Macron freely addressed in the days leading up to the visit.

“It’s indispensable to talk to Russia because there are a number of international subjects that will not be resolved without a tough dialogue with them,” Macron told reporters Saturday at the end of the G-7 summit in Italy, according to Reuters. “I will be demanding in my exchanges with Russia.”

But first, of course, there were the hearty handshakes and smiles.

Macron welcomed Putin at the Palace of Versailles outside Paris, a fitting venue for a visit from a powerful Russian leader. It was at this elaborate royal manse that Czar Peter the Great paid a visit in 1717, seeking to build a relationship with France. Now, 300 years later, Macron will guide Putin through a new exhibition commemorating the historic diplomatic moment.

The discussions Monday, however, will be less about building than rebuilding, as both leaders hope to repair a relationship that has recently grown fraught.

France and Russia back opposing sides in the Syrian civil war, with the former supporting rebel factions and the latter reinforcing President Bashar Assad’s embattled regime. The Associated Press reports a previous visit from Putin, scheduled for last October, was even canceled after then-President Francois Hollande said Russia could face war crimes for its role in supporting Assad.

Macron himself adopted a tough stance toward Russia during his campaign, indicating, as NPR’s Eleanor Beardsley noted earlier this month, that he might consider increasing sanctions on the country for its role in the fighting in eastern Ukraine and its annexation of Crimea. It was this annexation, in fact, that turned the G-8 into a G-7, as the group of industrialized countries effectively revoked Russia’s seat at the table in 2014 over the incident.

Just before the French election, Macron’s campaign announced it had been targeted with a massive hacking operation — and several experts were quick to point a finger at Russia. Putin made little secret of his preferred candidate, at one point even inviting and hosting Macron’s main rival, Marine Le Pen, in Moscow.

Still, on Monday morning in Versailles, the two leaders set aside those frictions for the cameras, donning big grins and walking side by side into the golden, gilded palace, where the tough talk promised by Macron is likely to commence.