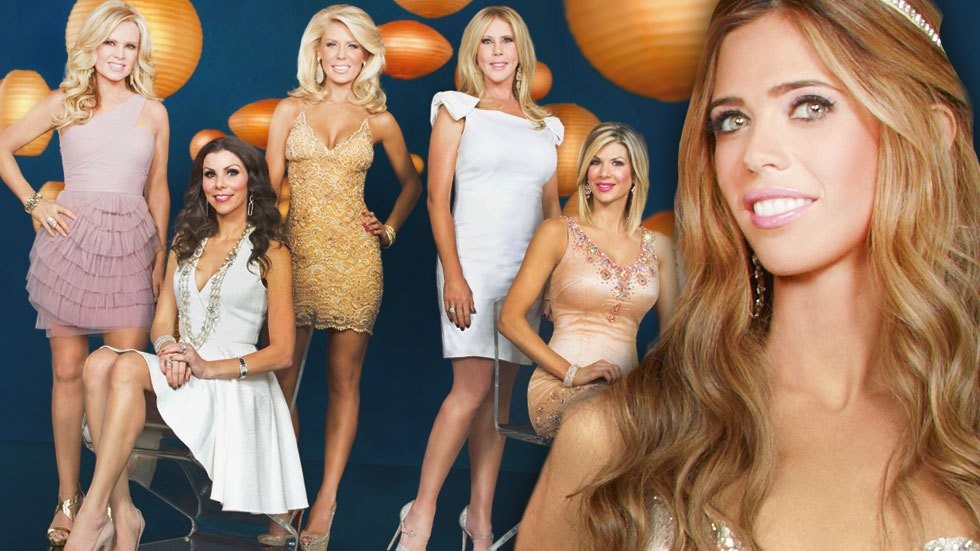 When offered a Real Housewife role, most women hang on to the job as long as they can. But that wasn’t the case when The Real Housewives of Orange County cast Lydia McLaughlin for season eight in 2013.After just one year on the show, McLaughlin opted not to return.

“I knew in my heart it was not God’s plan for me to go back,” she wrote in her book Beyond Orange County: A Housewives Guide to Faith and Happiness. “I knew he was calling me away from the show.”

Instead, she focused on other things like Nobleman, the men’s luxury magazine she launched with husband Doug. Stars who have appeared on its cover include Matt Damon and Jeremy Renner. She also started the blog OCLydia, which she calls “an outlet for my girly side.” There’s also her jewelry line, LYDIAM, made up of dainty pieces that can be worn altogether or separate.

With so much going on in her life, fans were surprised when it was announced she’d be re-joining the show for season 12. In an exclusive interview with E! News, Lydia explains why.

“Since I walked away, it’s been an open conversation,” she said. “It was never, ‘Okay, goodbye, I’ll never see you again.'”

“I felt called to walk away because of who I was becoming and what I could see happening in my heart. So, really, I think I’ve taken the last four years to prepare to come back and put up safeguards and know my own intentions,” she said about her first year on the show.

She is adamant about staying true to herself. “I said to producers, ‘If you need a girl who’s going to throw a table or a glass of wine, that’s not me.’ But they said they just want me to be me.”

So far, Lydia being Lydia has included a well-meaning, but unsuccessful attempt to make peace between co-stars Shannon Beador and Vicki Gunvalson, which ended with Lydia and Shannon exchanging harsh words. They don’t fare much better in this week’s upcoming episode either. “

Last episode, it ended with Shannon storming off and never really giving me the chance to explain where I was coming from,” she said. “So in the next episode, you’ll see me going to dinner with her and, again, trying to form a friendship. But that doesn’t end well either.”

Other conflicts ahead for Lydia are ones at home.

“My family is at a crossroads in our life. We have this magazine, which is basically a baby and then we have three boys,” she said. “Are we going to continue our family or are we going to strop trying to have kids? We’re really transparent so you’re going to see the growth pains of a family following their dreams.”

With season 12 filming behind her, “this part is always the hardest for me,” Lydia said, “watching it all back. You experience the drama the first time, which is tough, but then the second time you don’t know how the other Housewives are responding to you in their confessionals and how the fans are going to react.”

“That,” she summed up, “becomes its own snowball of drama and I just want to be on a rainbow with sparkles.”

The Real Housewives of Orange County airs Sunday night at 9 p.m. on Bravo.