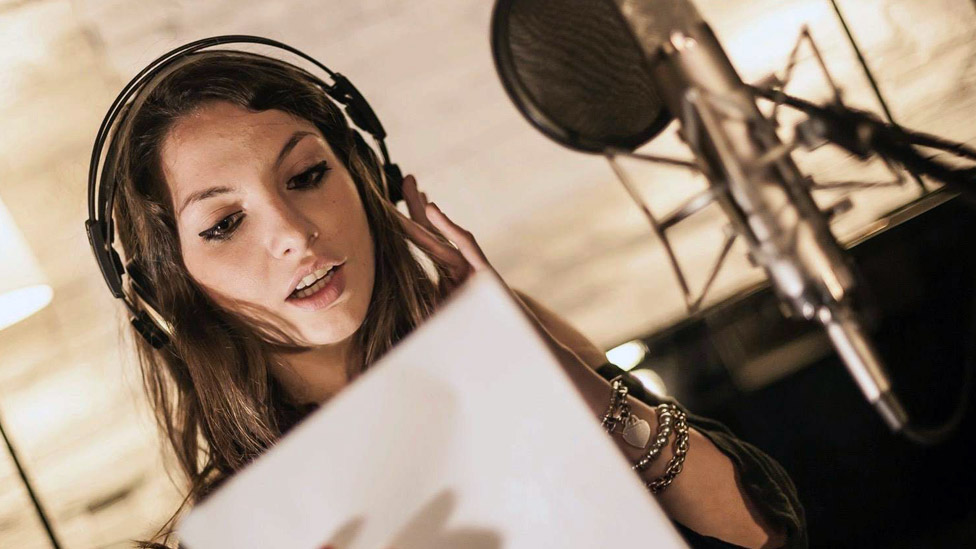 Almost two-thirds of performers (63%) earned less than £5,000 from their profession in the last year, a survey suggests.

That’s an improvement on the 77% figure from a similar 2014 survey of actors, musicians and dancers by recruitment firm The Mandy Network.

But the latest survey found that half of the 3,000 members who responded took on unpaid roles every year.

And 60% had to take second jobs outside entertainment to make ends meet.

One in five had not had a paid job in the entertainment industry in the past six months, while just 13% took home more than £20,000 per year from performing, the survey found.

Actress Annameka Porter-Sinclair told the BBC she graduated from the Brit School in south London in 2006 and got a job as a film runner as she thought it might be a “back door” into the industry.

But she then found she was “pigeonholed [in production]… so that was a fail”.

Annameka then worked in a call centre and later in exhibition sales, which gave her the flexibility to go for auditions.

“I’ve changed my agent recently. I’m not ashamed because I love what I do but I don’t have the things a normal adult would have at 35. The income is more at the level of a student/internship.

“Every so often you get a commercial, which makes up a huge chunk of your income for the year, but it’s never consistent.”

Annameka has appeared in films including Payback Season (2012) and in TV campaigns for the likes Hovis, Heinz, Channel 4, EE and Tesco, along with her theatre work.

She also says the industry is “a perfect breeding ground for mental health issues”.

The report’s findings also indicate that some people working in the industry have mental health problems, with 63% of women and 48% of men surveyed struggling with anxiety.

Annameka says: “Your family members and friends try to be supportive but you know they’re questioning whether you’re doing the right thing, they’re doing normal jobs, while you’re almost constantly unemployed and you have a passion that isn’t fully ignited so you feel unfulfilled.”

Annameka founded an actors’ society in 2009 and “invited a lot of casting directors, which was really helpful”.

She adds: “I learned about the industry. The casting directors are the gateway to the jobs. I’m still going!”

Phillip Large, chief executive of The Mandy Network, said the survey showed it’s still difficult to break into the industry if you don’t have other means of supporting yourself.

“As this industry continues to draw criticism for its lack of diversity, too many of the meaningful job opportunities are still being handed out behind closed doors, while pay levels dictate that only the financially secure or those with other income streams can really afford to remain in the sector in the long term,” he said.

Mandy also surveyed film and TV crew members. While pay among crew is higher than for performers, 54% of crew members still earn less than £10,000 per year, 13% take unpaid work every month, and 12% have been unable to find paid work in the past six months.

A spokesperson for creative trade union Equity said: “Access to work in the entertainment and creative industries should be about talent.

“Our industries will only thrive by attracting and retaining professional talent, regardless of background or circumstances.

“An increasingly diverse audience both wants and expects to see and hear itself reflected authentically and its expectations are even higher of publicly-funded theatres and broadcasters.”

The report also demonstrated evidence of a gender imbalance within both pay and opportunities.

Eight-two per cent of women earn less than £10,000 per year, compared with 69% of men, while 63% of women have a second job outside entertainment to help support themselves, compared with 57% of men.