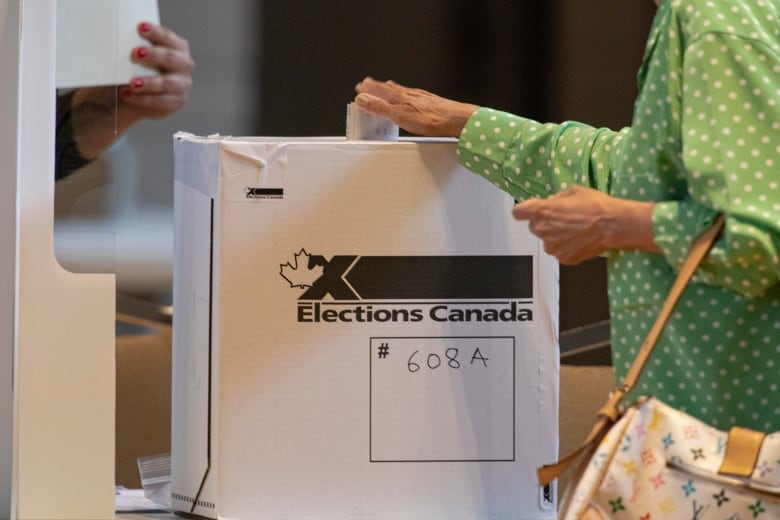 This story idea came from an audience member, like you, who got in touch with us. Send us your questions and story tips. We are listening: ask@cbc.ca.

Gary Springman, 72, says he tries to keep his grocery bill to $100 a month. But he often ends up spending more, which is out of his budget.

“I’m below the poverty line. I spend half of my money on rent, which doesn’t leave me a heck of a lot of anything for me and my two kitty cats that I love,” he said, speaking from his home in London, Ont.

Springman lives alone and uses a walker. He said he wishes he could afford to hire someone who could help him clean his home, which has become difficult because of his scoliosis — but he doesn’t believe any of Canada’s federal leaders have a plan that would help him.

“At the grocery store, they put carts out for stuff that is about to expire or has expired. That’s the way that I have to get my groceries,” she said.

“I can’t even afford to go to the hospital, because I can’t afford $16 every time I go to park.”

The COVID-19 pandemic brought into the sharp relief the vulnerability of seniors living in Canada’s long-term care system, resulting in a number of election promises to reform the sector.

But Springman and Sitt say that senior Canadians aging at home — especially those with low incomes who are under the age of 75 — have been ignored in the federal party platforms. And experts and advocates for Canadians seniors say the patchwork of tax credits and cash promises made by the parties will fail to adequately support seniors not in long-term care.

“The issue of an aging population has not been taken seriously in any of the political parties’ platforms,” said Laura Tamblyn Watts, president of CanAge, a national seniors advocacy organization.

“We do see particular issues pulled out, like care-giving issues, or pocketbook issues like the Guaranteed Income Supplement, but not really a broad solution to how we’re going to be thinking about fixing some of the infrastructure that the aging population relies on.”

Pat Armstrong, a professor emeritus of sociology at York University in Toronto, said key issues, such as increasing home care and providing support for people with dementia, have been largely ignored by the federal leaders.

“I’m not surprised that older people are saying they feel left out, because there doesn’t seem to be much of a vision. There’s a lot of pieces, a tax break here or an extra 10 per cent on your pension there, which is not nothing, but it doesn’t really get you to a place where you think things are going to be a lot better.”

Canada’s four main parties are promising a slew of piecemeal benefits to seniors if they are elected. The Liberal Party, for example, promises to increase the Old Age Security pension by 10 per cent for those 75 and over, and to permanently increase the Guaranteed Income Supplement by $500 annually for single seniors and $750 for senior couples over 65.

The Conservatives are promising a Canada Seniors Care Benefit paying $200 per month, per household, to any Canadian living with and taking care of a parent over the age of 70. They would also allow seniors or their caregivers to claim the Medical Expense Tax Credit for home care.

The NDP says it would boost the Guaranteed Income Supplement and strengthen the Canada Pension Plan, and it also  promises to create a national seniors strategy, the details of which remain vague. The Greens also promise a national seniors strategy, with a focus on dementia, preventing elder abuse, and protecting pensions — and say a Green promise of guaranteed income supplement would lift Canadian seniors out of poverty.

Armstrong said that, while the targeted policies promised by the parties will help some seniors, failing to take a holistic approach means that there will some, like Sitt and Springman, who don’t own their home and who are under the age of 75, who will still be left barely making ends meet.

“Until you reach that magic number of 75, there are very few programs available to help you,” she said, adding that tax deductions tend to help the most wealthy.

“To benefit from a tax credit to make your home more accessible — that means you have to have a home in the first place. And the housing crisis can affect you just as much if you’re an older Canadian as if you are younger if you haven’t been into the housing market for 40 years or so.”

While the focus on long-term care is warranted, Watts said, as many as 95 per cent of Canadians will never enter the system, and will instead age in their own homes while depending on pensions.

“We need to look very closely at what lift we can give people as they age to make sure that they’re able to meet their bills, pay their rents, get their prescriptions, and not make terrible choices like ‘am I going to get my prescriptions or am I going to pay my heating bill,’ which is a choice that’s all too real for seniors,” she said.

“Unless you take a good hard look at what we are willing to offset in terms of finances to keep people well and healthy and fed, it will simply come off the back end in terms of welfare and acute care hospital admissions.”

Armstrong and Watts say any approach to supporting Canada’s aging population should include provincial, territorial and municipal infrastructures as basic as affordable housing and accessible public transit.

“They need to have shops that are local, not just in order to get access to those things, but also so that they are connected to a community. A national seniors strategy has to think about all of those things for the older population. We’ve had lots and lots of warning that our population is aging, and we haven’t done very much about it,” Armstrong said.

Sitt said she has contacted every federal party in hopes of hearing how they could help her get by, but so far, hasn’t heard back from anyone.

“There isn’t one of these people running that I would even want in there … I’m feeling damn hopeless here. I’ve worked my whole life and look at me now,” she said.

Do you have a question about the federal election? Send it to ask@cbc.ca, fill out this form or leave it in the comments. We’re answering as many as we can leading up to election day. You can read our answers to other election-related questions here.