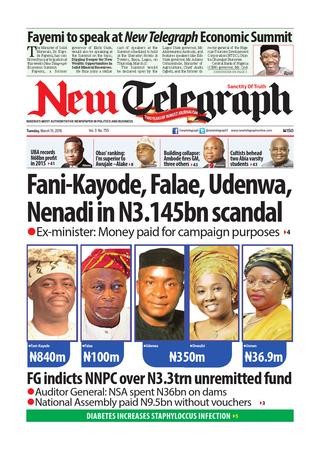 The free fall of equities on the Nigerian Stock Exchange (NSE) on Wednesday continued for the third consecutive day due to investors’ anticipated second quarters’ earnings reports.

The market capitalisation dropped further by N36 billion or 0.33 per cent to close at N11.133 trillion compared with N11.169 trillion achieved on Tuesday.

Mr. Ambrose Omordion, the Chief Operating Officer, InvestData Ltd., attributed the mixed performance to the second quarters’ earnings expected to be released in the market.

He said that investors should not panic on the pullbacks being experienced in the market, especially if they had taken position based on strong numbers in stocks with future prospects.

Omordion said investors should invest wisely with technical tools to know the support and resistant level when to reposition or exit any position.

Flour Mills topped the losers’ chart for the day, dropping by N2.49 to close at N23.14 per share.

On the other hand, Nestle recorded the gain for the day leading the gainer’s pack by 50k to close at N901.50 per share.

This was against a turnover of 206.18 million shares worth N1.70 billion transacted in 4,294 deals on Tuesday.