Looking to get into lobster fishing? You’ll need deep pockets 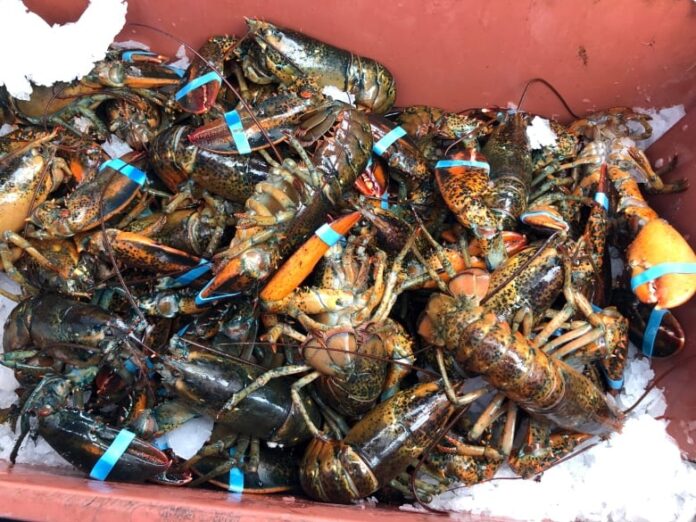 If you’re looking to purchase a lobster fleet — licence, boat and gear — it may cost you more than you think.

There’s a range, and the price depends on the harbour where the person selling the fleet has been fishing. For example, the price could be higher if it’s being bought from a harbour that’s seen higher lobster catches.

Mark Hackett is a broker who works with people looking to buy and sell fishing licences, boats and gear, such as traps.

He recently retired after 50 years of fishing for lobster out of Seacow Pond in western P.E.I.

Hackett said these are the highest prices he’s ever seen — up to $1.8 million in some cases.

“I never ever thought they’d be as high as they are now. It could start dropping, or it could go higher. I have no idea. Seems like there’s no downturn yet. It could drop right down, depending on the interest rate,” he said.

It was different when Hackett got into the fishery.

Catches and prices going up

“Back when I started back in the early 80s, they [licences] were 25 grand back then. But there was no money being made. If you didn’t have something else to do, you’d never survive because the catches weren’t there and the price wasn’t there,” he said.

“Now the catches are going up, the price is going up, it’s driving the price of licences up … just supply and demand.”

Hackett said sometimes people will give their family members a break on the price. But not always.

He said it’s a busy time of year for him, with four deals ready to be done by the end of the month. In an average year, he’d make eight transactions for lobster fleets.

Hackett said not just anyone can be approved by DFO to own a lobster licence. He said you need two years’ experience lobster fishing, for at least five weeks a year. And there’s paperwork that can take months — something a broker like himself can help with.

Charlie MacGeoghegan said he started fishing on his own 23 years ago.

He said back then a lobster licence in lobster fishing area 26a on P.E.I.’s south side cost around $225,000. In retrospect, MacGeoghegan said he wishes he’d bought his a fishing licence earlier, when it was about half as much.

It’s great for the guys who are retiring … but it makes it hard for the young guys getting into the fishery.— Charlie MacGeoghegan

He said the current price is good for some, but not others.

“It’s great for the guys who are retiring. It’s a lot better for them but it makes it hard for the young guys getting into the fishery as well,” he said.

“Any of the young fishermen getting in have to really look at their accounting very close to see what their fuel bills are going to be and what their bait bill is going be. And there’s fixed costs like hired help and insurance and things like that,” said MacGeoghegan.

“So they have to factor all that in and then be able to take a wage out of it and put their loan over 20 years and see if it makes sense or not. In some cases it does and other cases it doesn’t, so that’s kind of where things are at right now.”

He said on P.E.I. when someone buys a lobster fleet, they usually stay in the harbour where the licence was purchased.

“Some harbours put harbour freezes in … some harbours were getting a lot of boats congregating at their harbour and just the physical harbour didn’t have room for more boats in a lot of cases,” he said.

“And it keeps a lot more peace on the water if you just keep it where it was. Typically that’s the way it works, is you buy a licence in a certain harbour and you fish it there.”

Interest rates may determine the future

MacGeoghegan said it’s hard to say what will happen in the future. His best advice for someone looking to get in?

“I guess I would say what some of the older fishermen told me when I was getting out of high school. They said if you really enjoy fishing and you know that that’s what you want to do in the end, then you just gotta make a decision,” he said.

He said they told him waiting five or 10 years wasn’t going to help him. MacGeoghegan said, it turns out they were right.

“But at the same time, you want to make a sound financial decision…. You gotta run the numbers too and make sure that it works and right now with interest rates and the cost of licences, doing those numbers and making sure they’re right is more important than ever.”