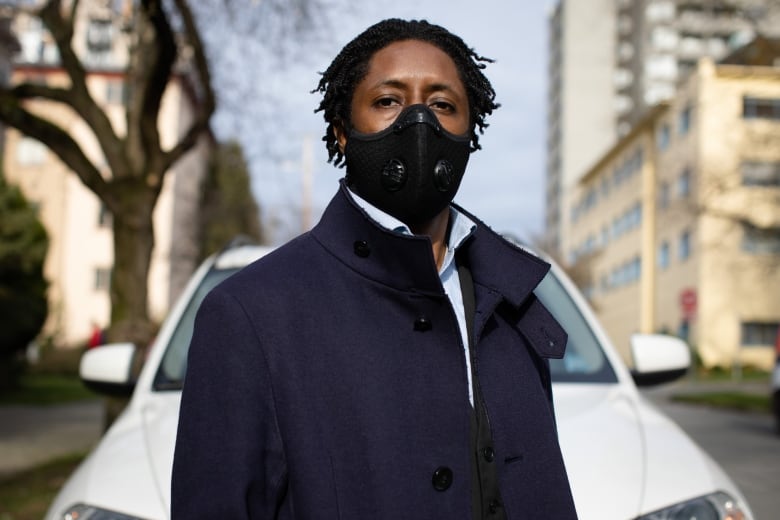 After a months-long investigation into whether he lives in B.C., a 20-year resident suspects he was racially profiled.

Dion Drakes, a 44-year-old marketing and financial consultant, was put under a residency investigation by the Insurance Corporation of British Columbia (ICBC) after attempting to renew his driver’s licence.

Drakes says he has lived in Canada for 39 years, in B.C. for 20 and in the same apartment in Vancouver’s West End for 11. He is a permanent resident, born in Grenada, who hasn’t sought Canadian citizenship.

ICBC said a remark by Drakes during that visit triggered the investigation: “I am a Canadian resident but don’t necessarily live here,” or something to that effect. The Crown corporation says that led to suspicions Drakes did not live in B.C. and was therefore ineligible for a licence.

But Drakes said he never said anything like that and believes he was racially profiled.

“Is it because I’m a Black guy in Vancouver and there’s not that many Black people here?” Drakes asked.

“Am I not supposed to be living here?”

Not told of investigation

An employee handed Drakes a 60-day temporary licence and said a new licence would arrive in four to six weeks. The employee also, without telling Drakes, called for a residency investigation.

ICBC admits Drakes should have been informed immediately.

“This was a mistake on our part,” an ICBC spokesperson wrote in an email to CBC. “We have explained this to Mr. Drakes and apologized.”

Drakes said he didn’t know about the investigation until he received a letter from ICBC dated Dec. 21 asking him to prove B.C. residency. His temporary licence had by then expired.

On Jan. 4, an investigator asked Drakes to answer emailed questions broadly about his travel history, residency and plans to remain in B.C.

On Jan. 7, he was asked to provide proof of B.C. residency. He emailed a copy of his rental agreement.

Drakes was then told on Jan. 18 to visit ICBC again to provide his identity again. He received a new temporary licence.

On Jan. 19, the investigator wrote in an email that ICBC was satisfied Drakes is a B.C. resident.

On Feb. 4 — 16 weeks after the first visit — Drakes received his renewed licence.

Drakes said he never received an adequate explanation for the investigation. ICBC denies this and says it told him the reason — his disputed comment — several times.

Drakes wants an apology if he was racially profiled.

“They need to do something so that this doesn’t actually happen again,” he said.

Drakes said he asked for notes about his case but was rebuffed. CBC News received ICBC’s notes almost a month after first requesting them, following a review by the insurer’s privacy team. The notes include the comment Drakes allegedly made about not “necessarily” living here.

ICBC committed to ‘dignity and respect’

ICBC said residency investigations occur when staff believe a customer may not be an “ordinary resident” of B.C. — basically, if a customer does not intend to live in the province.

“This concern can come from many things … including statements made by the customer,” a spokesperson wrote.

It is a customer’s responsibility to prove they are a B.C. resident, the spokesperson added. Tenancy agreements, employment records, banking and credit card purchases and travel history can all be considered.

ICBC said it couldn’t say how many residency investigations it conducts nor how many uncover that someone does not live in B.C.

It also has no data on the ethnicity of people investigated for residency.

“We are committed to fostering a respectful, inclusive workplace where everyone — including all customers — are treated with dignity and respect.”

Anti-racism advocate Manjot Bains questions why a simple renewal became a problem for a Black man in particular and suspects systemic racism.

“It’s a lifetime of experience and what we call microaggressions,” Bains said.

“If someone tells you they had this experience, why not trust their intuition and that their experience is valid?”

“I’m older now and I have my voice. I’m not going to let things like that slide,” Drakes said.

CBC Vancouver’s Impact Team investigates and reports on stories that impact people in their local community and strives to hold individuals, institutions and organizations to account. If you have a story for us, email impact@cbc.ca.