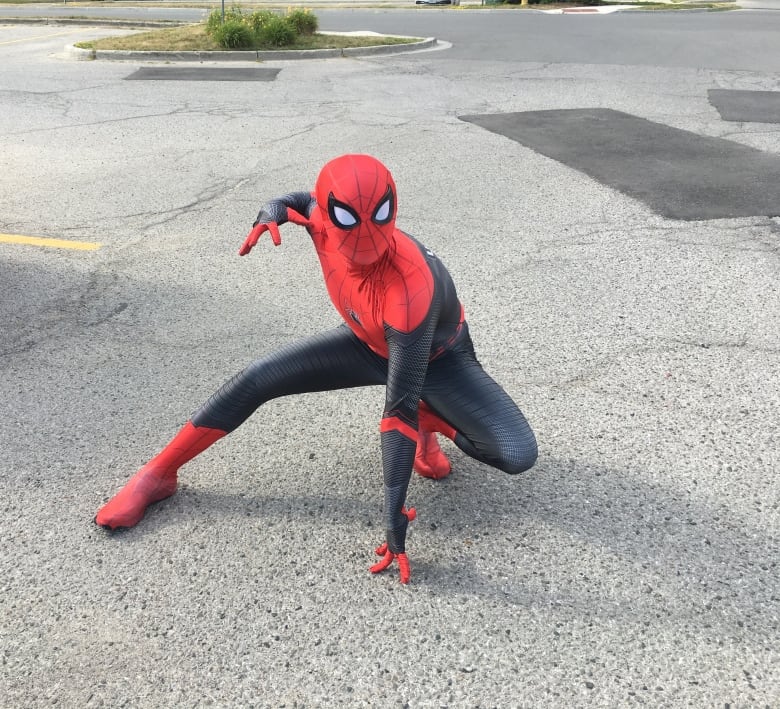 13-year-old Jack Malott-Clarke of London, Ont., has been a comic book fan his entire life. He loves dressing up as some of his favourite characters and attending annual Comic Con events.

But his world changed in 2019 when at the age of 10, he was diagnosed with severe aplastic anemia, a condition in which his body is unable to produce new blood cells and platelets, causing an empty bone marrow.

Jack’s condition requires him have a blood transfusion at least twice a week. To date, he’s received about 130 units of blood and platelets, but that’s becoming more challenging due to an ongoing blood shortage in Canada.

“A lot of people don’t donate blood or platelets because maybe they’re scared, but you really should because it saves lives,” he said. “It saved mine and many other kids’ lives.”

This inspired Jack to combine his love for cosplay with his need for blood, and start a cosplay-themed social media campaign called ‘suit up for Jack’, in which people can donate blood while dressed up in costumes. The campaign’s now recreated in four other countries.

More than a dozen cosplayers showed up to Canadian Blood Services on Wharncliffe Road South on Monday to donate blood. Eric Terry, dressed up as Spiderman, was one of them.

Terry first started donating after hearing the story of his friend who had three liver transplants before she was seven.

“Every pint of blood saves three people’s lives, we’re in such a blood shortage especially in the summer with heat waves, it’s really important for people to donate and we need them to,” he said.

“The fact that this has grown past London just blows my mind! It’s absolutely incredible to see people from around the world coming out to support those in need,” Terry said.

‘Easiest thing in the world to do’

Jack’s anemia weakens his immune system causing frequent nosebleeds and petechiae–round spots that appear on the skin due to bleeding–and makes him really tired.

“I missed two years of school because of my aplastic, I haven’t seen my friends as much and I have to wear masks everywhere I go because if I get sick it’ll be really bad,” he said.

After donating for the first time last year, Zachary Peebles found out he’s a universal donor. He’s now made it an annual tradition to give blood to others.

“It’s a good way to give back to the community and it really helps someone, it’s the easiest thing in the world to do just to lay there and let them take blood and you save so many lives, that’s an excellent thing,” he said.

“We thought it was a unique idea to involve cosplayers. There’s an urgent need for blood in Canada, they’re really in trouble, you wouldn’t believe how many children have blood-related diseases,” he said.

With the campaign celebrating its first anniversary, Jack’s grateful for the support he’s received and hopes the campaign makes its way to as many countries around the world as possible.

“If people like me don’t get blood then we can’t live, if it goes worldwide then kids all around the world are going to have their lives saved,” he said.