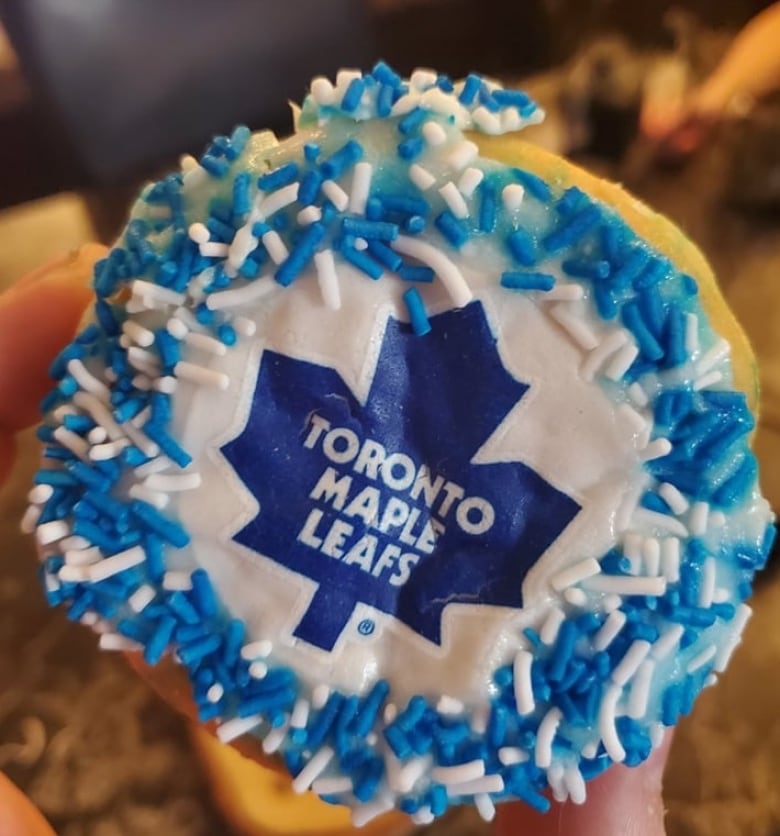 When Mike D’alessandro of London, Ont. thought about biting into a Tim Horton’s jam-filled doughnut adorned with the blue and white Maple Leafs logo ten years ago, he thought better of it.

“It was an ex-girlfriend or someone that bought it for me,” said D’alessandro, 44, an aircraft structural supervisor. “I thought, ‘Oh, wow. This is a really nice doughnut,’ and I didn’t want to destroy it right away, so I just stuck it in the freezer.”

And that’s where it’s been for the last ten years.

“It looks pretty new still. It’s shrunk a little bit, but the sprinkles are all there.”  D’alessandro said.

For a while D’alessandro thought he’d hold onto the doughnut until the Leafs win the cup, but with each passing and disappointing year, those dreams have begun to fade.

“I almost destroyed the doughnut once when they lost to the Bruins in game seven about four or five years ago,” he recalled. “I almost cut it up.”

But D’alessandro’s love for the Leafs triumphed over any vindictive feelings. “I’m a sappy Leafs fan.”

“I ended up just sticking it back in the freezer.”

But now, D’alessandro wants to find out if there are any other other sappy Leafs fans out there. Maybe one who would buy a 10-year-old frozen run-of-the-mill doughnut that new, costs $2, at most.

D’alessandro posted his prized doughnut on Facebook Marketplace for $500, mostly for a joke he admitted, although if someone’s willing to pay up, he’d take the money.

“Something for all the pain the Leafs has caused me,” he said.

If it doesn’t sell, the doughnut is destined to head back into D’alessandro’s freezer. “It will stay in the freezer for ten more years and it will probably go up for sale for twice as much.”