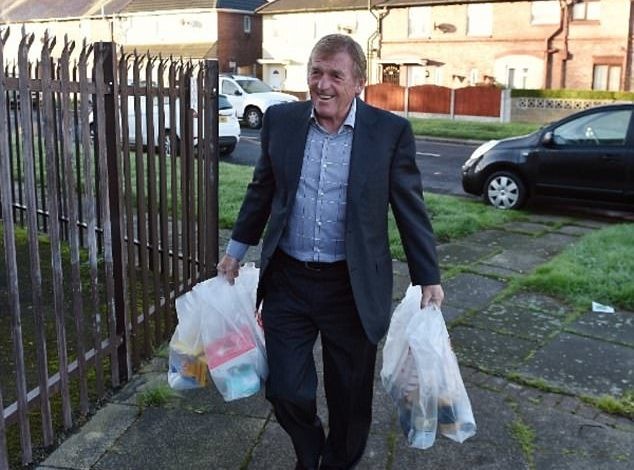 Liverpool legend Kenny Dalglish has been going on charitable deeds this week, helping out with local foodbanks by Anfield in order to do his bit for the community.

Dalglish joined staff volunteers from the club who were on hand to help prepare food parcels for local residents in need at St Andrews Community Network.

As the Reds gear up to return to the pitch this weekend the club are hoping to get fans involved with donating what they can to people in crisis.

Ahead of Huddersfield’s visit to Anfield supporters attending the game can drop off any non-perishable food donations and toiletries at the foodbank collection points, which are open three hours before kick-off and located on Anfield Road, next to the club’s family park, and inside the new LFC Anfield superstore.

Liverpool return to action on Saturday when they come up against Premier League new boys Huddersfield.

Jurgen Klopp will go head to head with his close friend David Wagner, who he previously worked with at Borussia Dortmund.

All love will be left on the touchline however, with Liverpool desperate to get back to winning ways following their recent Wembley humiliation to Tottenham.

Star man Philippe Coutinho has been ruled out of the clash with an abductor strain, though it is the defensive area Klopp needs to worry about most.

The Reds’ back line came under huge criticism during the Wembley meltdown, in a match which saw Dejan Lovren hooked from the field after just half an hour played.

Klopp has since come out to publicly defend the Croatian centre half, declaring Lovren to be a member of the Liverpool ‘family’ who has the full support of his colleagues.