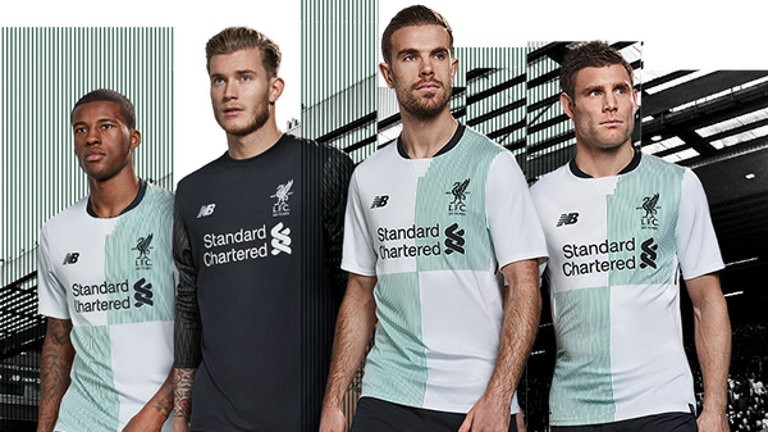 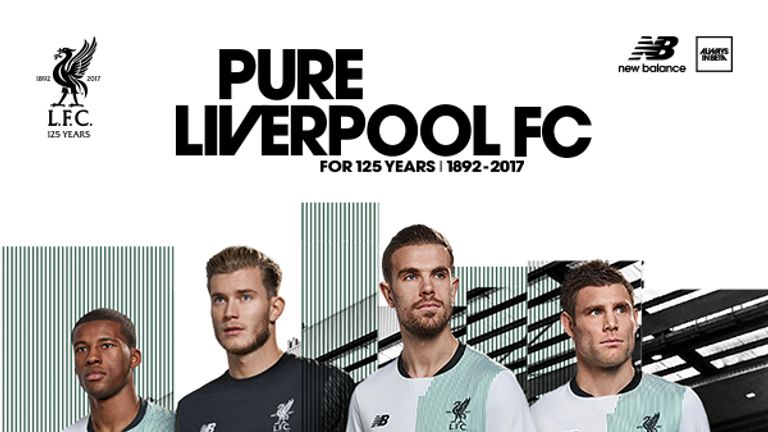 Liverpool have launched their away kit for next season

Liverpool have launched their away kit for next season, the second of three strips celebrating the club’s 125th anniversary.

The club say the 2017/18 away top “continues the theme of celebrating iconic periods and kits from Liverpool’s 125-year history”, with this quartered green and white design taking inspiration from their founding jersey worn in 1892.

Liverpool sported a similar design in their 1991/92 and 1995/96 away jerseys, with the new kit featuring an embroidered 125th anniversary commemorative crest, the Liverbird emblem flanked with ‘1892’ and ‘2017’, as well as a debossed ‘125’ to the shoulder seam tape. The new Liverpool away kit

“This kit looks classic – up to date, but with a nod to the past – it will be a reminder of the foundations this great club is built on every time we wear it,” James Milner said.

“The whole team is really proud to be a part of this huge anniversary for the club, and we can’t wait to wear this kit next season.” 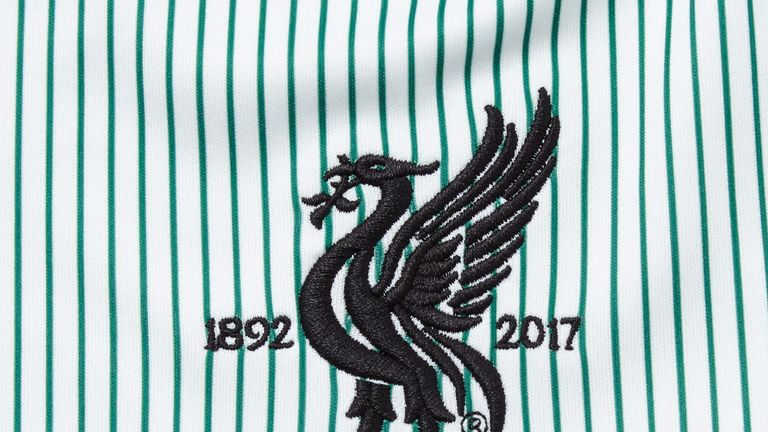 The strip also has black shorts and white socks with a green horizontal stripe and black trim.

A Liverpool statement on the launch of the new kit added: “To commemorate the tragic events of Hillsborough, the 96 emblem, encased by the eternal flames sits at the nape of the neck.”