The life and career of model-actress Louise Linton, who is married to Steve Mnuchin and just caused a stir with a photo showing off freshly printed money 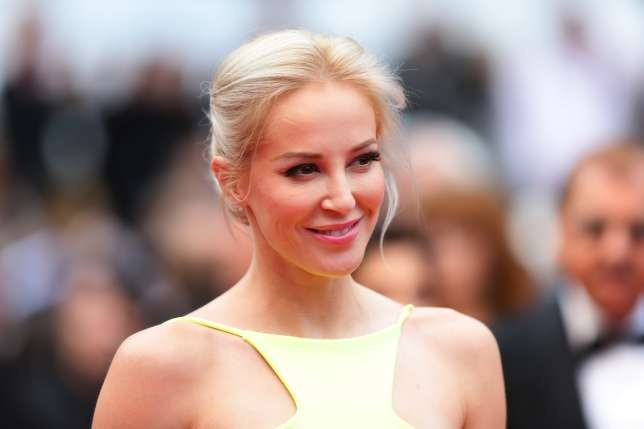 Louise Linton, wife of US Treasury Secretary Steve Mnuchin, was in the spotlight well before her involvement with Washington insiders.

An actress and model from Edinburgh, Scotland, Linton married Mnuchin in an extravagant ceremony in June. She most recently made headlines after she and Mnuchin were photographed holding up a sheet of freshly printed $1 bills. The photos drew attention and criticism on Twitter, as well as a write-up in the Styles section of The New York Times, which critiqued her all-black leather outfit.

Earlier this year she caused news when she published an Instagram photo that showed her and Mnuchin stepping off a government jet, adding the caption: “Great #daytrip to #Kentucky!” She tagged several high-end designers, including Tom Ford and Valentino, in the post. The resulting comments were less than charitable; Linton then bashed one commenter for being “adorably out of touch” and made her Instagram account private for a period of time. She has since made the account public again.

But the jet photo and ensuing comments were not the first time Linton sparked a controversy. Below, see more about her life.

Linton was born in Edinburgh, Scotland, and spent weekends in the Melville Castle Dalkeith. In an interview with the Daily Record in 2015, Linton said of the property: “The castle is definitely haunted and many people have claimed to see a ghost.”

Linton began acting professionally in 2006. Prior to that, she made a TV appearance in 2003 on VH1’s short-lived reality show “Hopelessly Rich.”

playLinton began acting professionally in 2006. Prior to that, she made a TV appearance in 2003 on VH1’s short-lived reality show “Hopelessly Rich.”

She’s made appearances in “CSI: NY” and “Cold Case.” More recently, she starred in movies like 2016’s “Intruder.”

She has also modeled. In 2009, she posed for Maxim magazine.

playMnuchin and Linton attend a party in 2015.

In 2016, Linton released a controversial memoir about the time she spent volunteering in Zambia as a teenager. In one part of the book, she writes, “A ‘skinny white muzungu with long angel hair,’ Louise was an anomaly in darkest Africa.” She also described the country as “savage.”