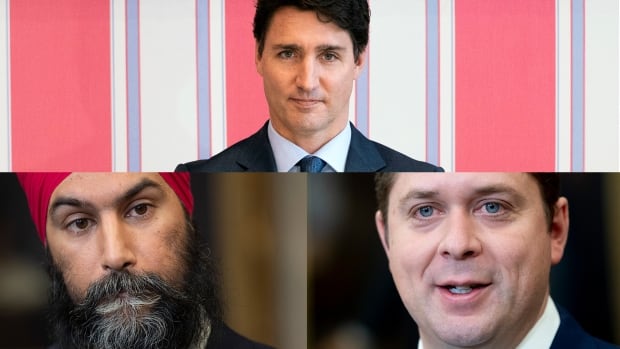 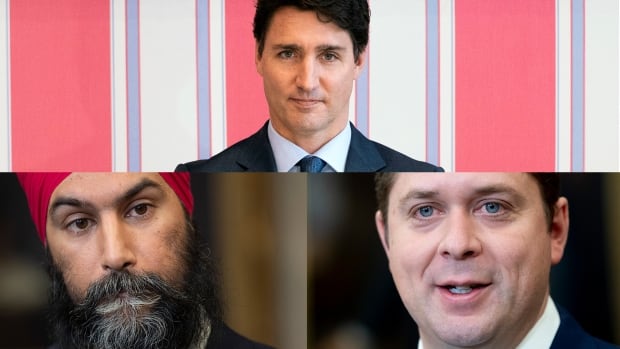 Four of the main political parties in Canada have joined a growing list of organizations looking for federal support during the pandemic.

Spokespeople for the Liberal Party, the Conservative Party of Canada, the Green Party and the New Democratic Party told CBC News that they all have applied to the Canada emergency wage subsidy program to help them cover their employees’ salaries as political donations dry up.

The NDP made its application for government money public today, while the Liberal and Conservative parties acknowledged to CBC they were receiving the subsidy when asked to comment on the NDP’s request for support payments.

The Liberal and Conservative parties said they’re receiving the subsidy already, while the NDP submitted its paperwork today. The Bloc Québécois tells Radio-Canada it will not be applying for the subsidy.

Prateek Awasthi, executive director of the Green Party of Canada, said the party has applied to the wage subsidy program but hasn’t yet received any funds.

“We have had a drop in donations, and we are a non-profit and take seriously our responsibilities to protect the jobs of our staff members,” Awasthi said.

The Liberals employ about 100 people outside of an election. The Conservatives have roughly 60 full-time and part-time employees.

The NDP employs 17 full-time staff, with another 15 to 20 working part-time — including students, working mothers and new Canadians.

The wage subsidy is designed to pay up to 75 per cent of a worker’s pre-pandemic wage — up to a maximum of $847 a week. All told, the parties are collecting roughly $670,000 a month from the federal treasury to pay staff.

The Liberals, Conservatives and New Democrats confirmed that they will be topping up employee wages by paying the other 25 per cent themselves.

In 2018, the last year for which data is available, both the Liberals and Conservatives booked over $5 million in salaries and benefits paid out to employees.

The NDP reported about $2.5 million in payroll. Salaries were the most expensive line items for both the Liberals and New Democrats (the Conservatives spent more on fundraising).

Since mid-March, most party staffers have been working remotely from home, which can add to costs.

“We’re doing our best to adjust to this new reality. This has meant incurring unexpected expenses that ensure our staff have the ability and technology to work remotely for an extended period,” said Cory Hann, a spokesperson for the Conservatives.

“We have applied and been accepted for the federal wage subsidy, and with staff across Canada that have young and extended families that all rely on our organization, we want to do everything we can to maintain regular operations and continue to avoid layoffs.”

Braeden Caley, a Liberal Party spokesperson, said the party also has met the eligibility criteria for the subsidy — organizations have to show a dramatic drop in revenue to qualify.

“The health and safety of Canadians is always our top priority, and all in-person fundraising events were paused as of early March,” Caley said.

“We think it’s really important to stay active and functioning. To do that includes paying the bills and paying our workers,” McGrath said.

The wage support program is designed to discourage companies and non-profit organizations from laying off workers at a time when social and economic life has ground to a halt, crippling nearly every sector and pushing millions onto government income replacement programs.

‘It’s the responsible thing to do’

“That’s what the program is there for. It’s there for organizations who have staff and it’s to prevent layoffs and that’s what we’re doing. I think it’s the responsible thing to do and I want to protect the jobs,” said McGrath.

The party has had trouble raising money in recent years.

McGrath said there was a bump in donations after the last election — which saw the party outperform expectations — but those funds have dipped considerably since Canadians started experiencing the economic effects of the pandemic.

While official tallies aren’t yet available, McGrath said 2020 fundraising figures for March and April are lower than they were last year.

“The good news is that the monthly donors have stayed strong and those few who have had to cancel their monthly donation for financial reasons have pledged to come back when things change,” she said.

The party hasn’t been fundraising in person because of physical distancing measures.

Share
Facebook
Twitter
WhatsApp
Pinterest
Linkedin
ReddIt
Email
Print
Tumblr
Telegram
Mix
VK
Digg
LINE
Viber
Naver
Previous articleShops are reopening after COVID-19, and some are adding a new line to your bill to pay for it
Next articleOntario’s auto sector returns to work under a COVID-19 cloud of doubt