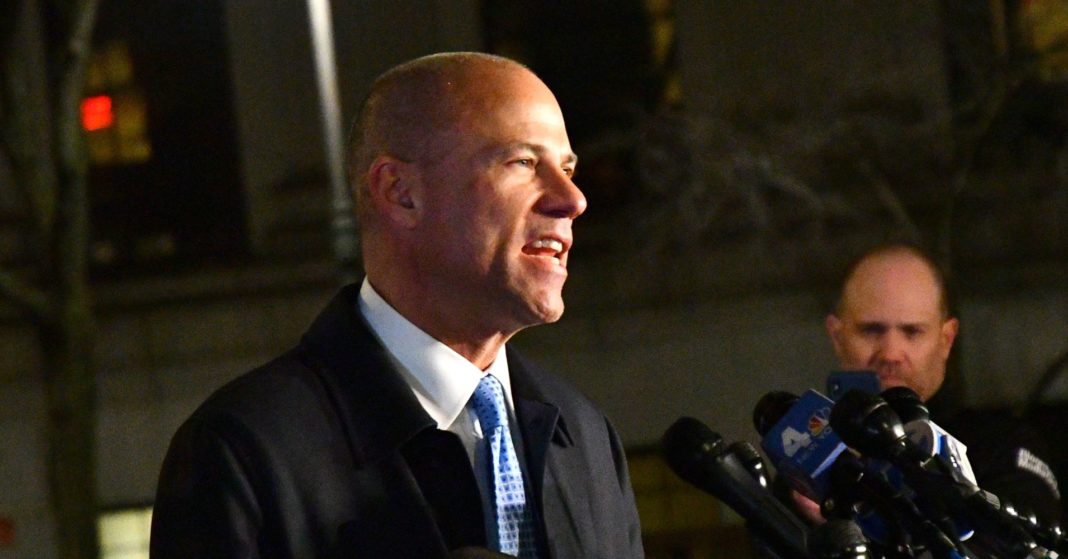 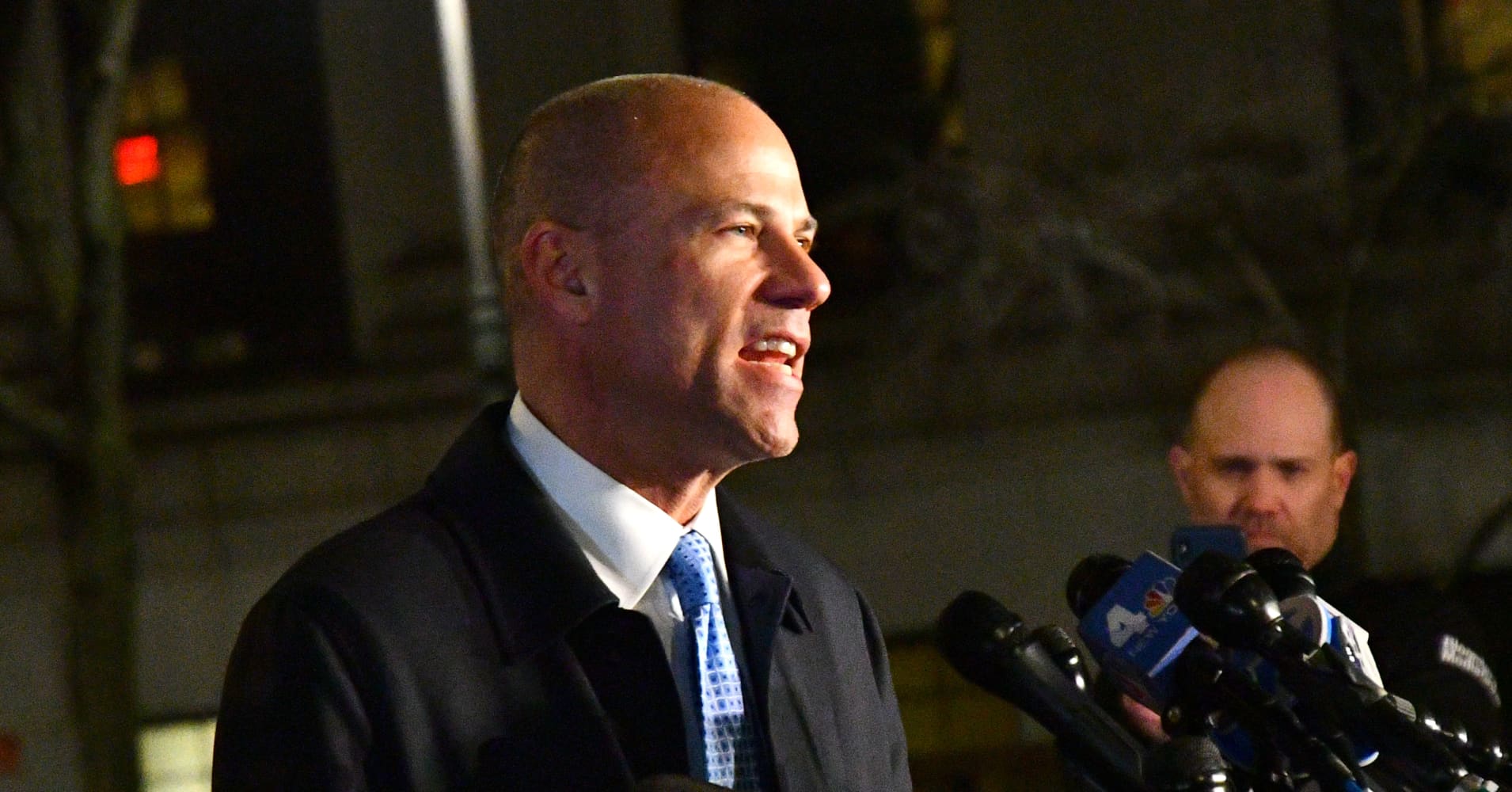 A Chicago lawyer who once worked with celebrity attorney Michael Avenatti on a lawsuit says that Avenatti did not reveal a multimillion-dollar settlement of that case to him in 2013 — and then shorted him on more than $250,000 of attorneys’ fees that he was owed from the settlement.

The lawyer, Joseph Power, told CNBC about his own run-in with Avenatti after federal prosecutors accused Avenatti on Monday of embezzling from a client, defrauding a bank and trying to extort sneaker giant Nike for up to $25 million.

Those prosecutors claim that Avenatti defrauded a client in 2017 by claiming that a $1.6 million payment to settle the case he was handling for that client was never paid, when in fact Avenatti had taken the money and used it for his own purposes.

Power said it took him months to learn that Avenatti had — without his knowledge — settled a case for another client they were jointly representing in 2013.

“Then I had to sue him” to get Power’s full share, or close to the full share, of the fee from the settlement, Power told CNBC.

“I’m probably one of the few people he has actually paid,” quipped Power, who is one of several lawyers who have tangled with Avenatti over money they claim he has kept from them in violation of agreements.

Power said he “wasn’t surprised” by the criminal charges against Avenatti.

“Michael is a bright guy,” Power noted, but “he’s ruthless.”

“He much like Trump, only much smarter,” Power said.

Reached for comment, Avenatti told CNBC in a written message, “Mr. Power was paid everything he was due and both parties moved on.”

“It was no big secret that the Grant Thornton case was settled – it was public knowledge,” Avenatti said, referring to the case in which his and Power’s firm represented Koss Corp. against that headphone manufacturer’s accountants, Grant Thornton.

“Documents were filed with the court (by Power’s own office I believe) and Koss noted it in their SEC filings,” Avenatti wrote. “And we worked together on other matters after that fee dispute. Fee disputes among lawyers are not unusual.”

But Power said Avenatti’s conduct was unusual for a co-counsel.

Court records show that Avenatti’s firm retained Power’s firm in 2010 to act as local counsel in a lawsuit filed in Cook County, Illinois, by Koss accusing Grant Thornton of negligence for failing to detect embezzlement of millions of dollars by a Koss senior executive from 2004 through 2008.

Avenatti had to obtain a local counsel because he was not admitted to practice law in Illinois.

Lawyers for Koss were to be paid between 28 percent and 33.3 percent of any settlement or judgement of the case, depending on when the case was resolved, court papers say. And Avenatti’s firm was to get 80 percent of that contingency fee, while Power’s firm was due to receive 20 percent.

A contract between the firms said Power’s team would get another 5 percent if his firm had to “perform significant legal work, arguments, or become lead counsel.”

“We had agreed that if I did more work that he would pay more,” Power said.

Power said in court papers that his work on the appeal added 5 percent to his firm’s original 20 percent cut of any contingency fee due Koss’s lawyers in the company’s suit.

A year after Koss had its case sent back to Chicago, Avenatti’s firm settled the lawsuit for Koss for $8.5 million — entitling Koss’s lawyers to at least 28 percent of that settlement, or $2.38 million.

But Power said that Avenatti “did not say anything for months” about the case being settled.

“He just didn’t inform me that the case was settled, as you would always do with a co-counsel,” Power said. The lawyer said that he would be expected to be told within a day of a case being settled by a co-counsel.

Instead, Power said he learned of the settlement from another lawyer in his own firm, who himself had heard about the case being settled from another source.

Power said that when he called Avenatti to ask about the settlement, “He said, ‘I’m shocked. I thought you knew about it.’ He said, ‘We’ll correct it.’ ”

But, Power added, “He didn’t correct it.”

“He shorted us,” the lawyer said.

According to court papers, Avenatti’s firm on Oct. 14, 2013 — more than three months after the case settled — sent Power’s firm a check for $338,750. That amount is 14.2 percent of of the contingency fees for all the lawyers in the case, or almost 6 percent less than what Power’s firm would have been owed if he did not do the work for the appeal.

And it was more than 10 percent less than what Power claimed he was owed as a result of that extra work.

Power said he called Avenatti to ask about the shortfall.

“He said he’d get back to me, and that sort of thing,” he said. “Time passed so I called again.”

Eventually, Power stopped waiting for that check and sued Avenatti in state court in Illinois in April 2014 for the $256,250 that he said his firm had been shortchanged by Avenatti’s firm.

Avenatti soon afterward had the case transferred to federal court in Illinois.

However, there was no significant action in that case thereafter, records show.

But Avenatti ended up paying “the whole amount, or close to it,” Power said. Power believes Avenatti may have coughed up the money after speaking to a mutual friend about the dispute.

Power disputed Avenatti’s claim to have worked with Power after the lawsuit.

Power said that although Avenatti has “called me up about things” since the lawsuit, “I haven’t worked with him on a case since then.”