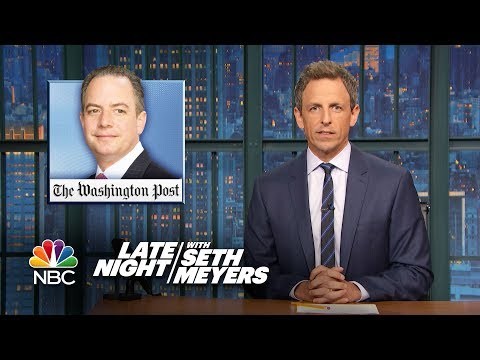 A private detective who investigated the slaying of a Democratic National Committee staffer alleged in a lawsuit Tuesday that Fox News Channel worked with White House officials to push a discredited theory about the case to undermine allegations of Russian collusion with Donald Trump’s presidential campaign.

The investigator, Rod Wheeler, further claims in the suit that President Trump was aware of the bogus story and urged Fox to publish it on its website.

Wheeler’s defamation lawsuit — which names Fox News, a Fox reporter and a wealthy businessman as defendants — is an outgrowth of the slaying last summer of Seth Rich, a young data specialist at the DNC.

Rich was killed in his D.C. neighborhood in July 2016 in what police said was a botched robbery attempt. But the timing set off a conspiracy theory among Trump supporters and those on the far right: that Rich’s death was somehow arranged by Democratic officials as payback for his leak of thousands of DNC emails and electronic files to WikiLeaks, which published them.

The emails were an embarrassment to Hillary Clinton’s campaign, but Rich’s family and D.C. police have denied that Rich was the source or that his slaying had anything to do with his work at the DNC. Intelligence sources have said that the emails were stolen from the DNC by Russian hackers.

In May, however, a story was published on Foxnews.com asserting that Rich was the source of the email leak. It quoted Wheeler — who has worked as a Fox News contributor — as a primary source for the allegation.

Amid complaints from Rich’s family, Foxnews.com retracted its story a week after publication, saying it had been published prematurely.

Wheeler alleges in his suit that a Fox News reporter, Malia Zimmerman, made up two quotes in the story and attributed them to him. His suit claims that Foxnews.com pushed the story in an effort to deflect public attention from the ongoing investigations into the administration’s ties to the Russian government.

In a statement Monday, Fox’s president of news, Jay Wallace, called Wheeler’s accusation that the story was published to detract from the Russian investigation “completely erroneous.” He said the story “is still being investigated” and that Fox has no evidence that Wheeler was misquoted.

Wheeler alleges in his suit that he met with then-White House press secretary Sean Spicer on April 20, along with Ed Butowsky, a conservative financier who had been bankrolling Wheeler’s investigation of the Rich slaying. Butowsky is a frequent guest on Fox business programs.

Butowsky, who did not answer requests for comment on Tuesday, urged Wheeler in emails and texts to push the bogus Rich story, according to Wheeler’s lawsuit, and suggested that Trump was paying attention. “We have the full attention of the White House on this,” he told Wheeler in one message, shortly before the meeting with Spicer.

Spicer acknowledged on Tuesday that he met with Butowsky and Wheeler in April and was told about the Rich story, despite telling reporters in May that he was unaware of it when Fox News ran several segments about it. At the time, he told reporters, “I don’t — I’m not aware of — generally, I don’t get updates on DNC — former DNC staffers. I’m not aware of that.”

In a statement on Tuesday, Spicer said, “Ed is a longtime supporter of the president’s agenda who often appears in the media. He asked for a 10-minute meeting, with no specified topic, to catch up and said he would be bringing along a contributor to Fox News.”

He added, “As Ed himself has noted, he has never met the president and the White House had nothing to do with his story.”

Spicer did not explain the discrepancy in his public statements.

Rich’s family, in a statement made through its representative, Brad Bauman, suggested that the revelations about how the story was sold might put some conspiracy theories to rest.

“While we can’t speak to the evidence that you now have, we are hopeful that this brings an end to what has been the most emotionally difficult time in our lives and an end to conspiracy theories surrounding our beloved Seth,” the family said.

At Tuesday’s White House briefing, press secretary Sarah Huckabee Sanders said the president “had no knowledge of the story” despite Butowsky’s claim in emails to Wheeler that he had kept Trump in the loop. (Butowsky told NPR that those were joking comments.)

“It doesn’t bother me that the press secretary would take a meeting with someone involved in the media about a story,” said Sanders.

Matea Gold contributed to this report.