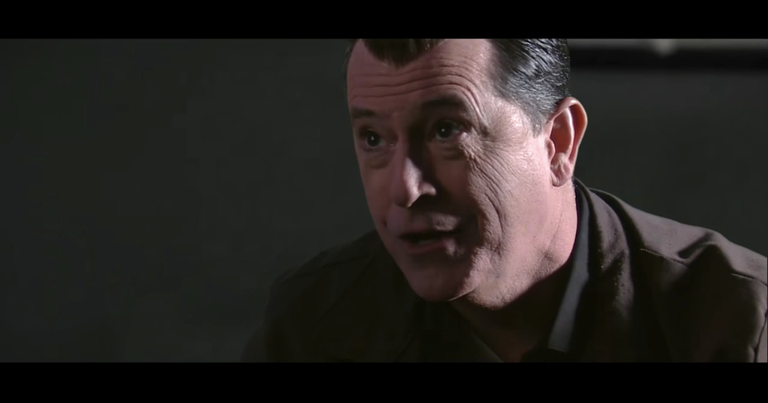 “Daily Show” host Trevor Noah dubbed President Trump “The Great Gabby” on Thursday — and also likened him to “a really flippant killer” — after a remarkable New York Times interview in which Trump admitted that he never would have picked Jeff Sessions to be attorney general if he had known that one of his earliest and strongest political supporters would decide not to oversee the Justice Department’s Russia investigation, after all.

Here’s the relevant part of the interview:

TRUMP: Well, Sessions should have never recused himself, and if he was going to recuse himself, he should have told me before he took the job, and I would have picked somebody else.

MAGGIE HABERMAN: He gave you no heads up at all, in any sense?

TRUMP: Zero. So Jeff Sessions takes the job, gets into the job, recuses himself. I then have — which, frankly, I think is very unfair to the president. How do you take a job and then recuse yourself? If he would have recused himself before the job, I would have said, “Thanks, Jeff, but I can’t, you know, I’m not going to take you.” It’s extremely unfair, and that’s a mild word, to the president.

Noah played an audio recording of those remarks for his Comedy Central viewers and then paused — mouth agape — for several seconds.

“I am still stunned at how Donald Trump can make the most damning admissions as a ‘by the way,'” Noah finally said. “Because you realize Trump just admitted he only picked Sessions because he thought he would quash investigations into Trump. And he just says it. He’s like a really flippant killer, you know, who’s like, ‘Dude, did I tell you I got towed? Right, I parked in front of this place where I killed a woman, and as I get the car the officer is hooking the car.’ And you’re like, ‘Whoa, whoa, whoa. Go back. Go back. What did you say?’”

Noah was reading into Trump’s comments a bit; the president didn’t exactly say that he expected Sessions to stop a federal law enforcement probe of Russian election meddling and possible collusion with the Trump campaign. Yet it is striking that Trump would say something that could so easily be interpreted as acknowledging an attempt to obstruct justice.

On NBC, Seth Meyers also likened Trump to a murderer who accidentally incriminates himself.

And on CBS, Stephen Colbert zeroed in on a portion of the Times interview in which Trump seemed to endorse the idea that the FBI director should report directly to the president, rather than to higher-ranking officials in the Justice Department.

TRUMP: And nothing was changed other than Richard Nixon came along. And when Nixon came along [inaudible] was pretty brutal, and out of courtesy, the FBI started reporting to the Department of Justice. But there was nothing official, there was nothing from Congress. There was nothing — anything. But the FBI person really reports directly to the president of the United States, which is interesting. You know, which is interesting. And I think we’re going to have a great new FBI director.

“Oh, I see” Colbert said, after reading that Trump quote aloud. “So the top law enforcement — the top cop in the country will report directly to you with nobody else in the room. No one will know. So it’s like the police but secret. The Justice Department would not see these police. They would be not-see police.”

You’ll have to watch the clip to get the full effect. Colbert pronounced “not-see” in a way that sounded like “Nazi.”

Recall that comedian Hasan Minhaj did the same thing at the White House correspondents’ dinner in April, when he pretended to scan the room for Stephen K. Bannon, Trump’s chief strategist and the former chairman of Breitbart News.

It is worth noting what Maggie Haberman, one of the New York Times journalists who interviewed Trump, tweeted about the president’s participation — and candor — in the Q&A.

POTUS may not always be doing what some on staff want when he does these interviews. But he knows what he is doing. And he likes engaging.

If Trump knows what he is doing, perhaps what he knows is this: His detractors will see, in this episode, a startling revelation about his mind-set when nominating Sessions. But his supporters will see their president under attack — being compared to a murderer and a Nazi — and back him even harder.