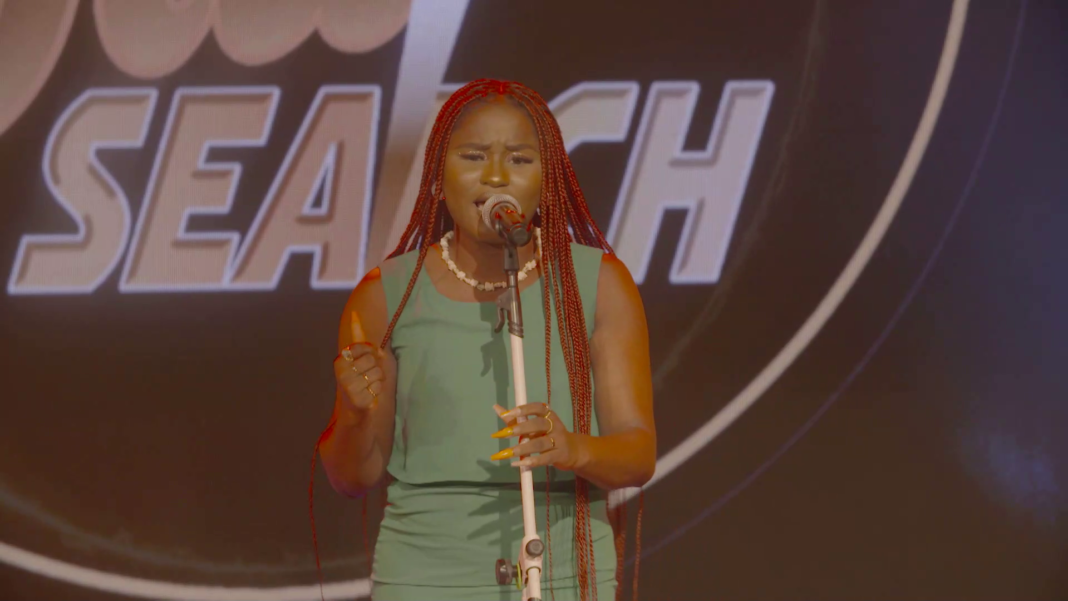 Legendary Sound Sultan died last year from complications of Angioimmunoblastic T-cell lymphoma in the throat. He was notable for using his music to speak against Nigeria’s poverty, corruption, bad governance, and societal ills.
Also read: Eva Alordiah Shares Topless Photo As She Reveals Conversation She Had With Her Father About Her Relationship Status

Whilst his memory lingers on, his imagery comes alive in Toms’ voice as though it was Sound Sultan himself performing on stage. Toms, widely referred to as ‘small but mighty alias ‘Omo-Maamé’ took the show to a crescendo of emotions.

Judges, Keke Ogungbe and ID Cabasa, couldn’t control their emotions. All attempts to stay strong failed, bursting into tears. Eventually, they had to excuse themselves from the stage immediately after the performance to cool off. The touching performance even punctured the toughness of the third judge, Asha Gangali, who wore the look of a torn heart.

Motherland was released under the imprint of Ogungbe’s Kennis Music. Toms’ vocals and lyrical dexterity took the judges and audience on a memory lane that ended in soberness for all.

Toms’ performance didn’t only move the judges and in-house audience but also VJ Adams, the show host, who couldn’t help but feel somber after the performance.

He said if he could go back to this song, he would probably change some lines because of what is happening in Nigeria now. Toms, you didn’t just bring this song back to life, but you gave it a new meaning intended by Sound Sultan,” the sober ID Cabasa said in his assessment of Toms’s performance.

And afterwards, tearful ID Cabasa called everyone to stand up for a one-minute silence in respect of the Jagbajantis crooner.

Emotional Kenny Ogungbe tried hard to pull himself together to give his assessment but only ended up walking to the stage as though he had seen Sound Sultan. He took off his necklace, wore it on Toms, pointed to the effigy on the necklace and said in a tearful voice, “This is Sound Sultan.”

Toms is a graduate of Pefti Film Institute, where she studied music technology. To her, music is home and an expressway to endless emotions. She sings Afrobeat Afropop/fusion and is one of the top contenders for the star prize.

Naija Star Search is a collaboration between StarTimes Nigeria and Kennis Music toward preserving Afrobeats.

Highlights of the previous episodes are on Naija Star Search channel on YouTube. New edition airs every Sunday at 8pm on ST Nollywood Plus, ST Nollywood and ST Yoruba channels on StarTimes, as well as the StarTimes-ON mobile app.

Winners will get a whopping sum of N10m in cash prizes, a recording contract, and an opportunity to reach the skies.