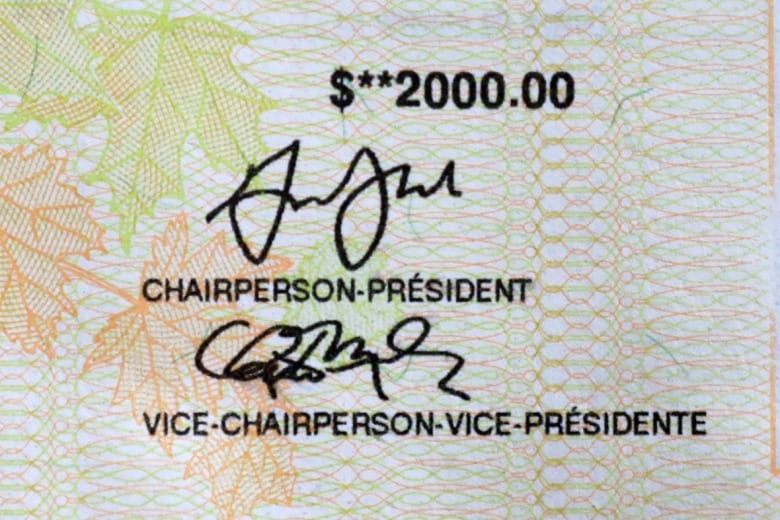 Landlords in Saskatchewan say they are in a “morally tough spot,” forced to choose between evicting tenants whose social assistance payments have been clawed back during the COVID-19 pandemic and forgoing rental income they rely on.

Tenants who normally pay rent with the help of provincial income support or disability benefits saw those payments reduced or cut off because they collected the federal Canada emergency response benefit (CERB) when they weren’t entitled to the money and have found themselves falling behind on rent.

“Landlords then have no rental income for those few months and, ultimately, are forced to evict those tenants who haven’t paid rent,” said Cameron Choquette, executive officer of the Saskatchewan Landlord Association.

Most provinces instituted a ban on non-urgent evictions in the first months of the pandemic, but those have since been lifted. In Saskatchewan, landlords have filed more than 1,000 eviction applications to the Office of Residential Tenancies since Aug. 4 to get a sheriff to remove tenants, but there’s no tracking system to measure how many tenants simply complied with a vacate request or how many were related to lack of government assistance.

While rent shortfalls normally pit landlords against tenants, Choquette is assigning blame to the provincial government for creating a systemic problem.

“It puts us in a very morally tough spot,” Choquette said.

“Those conversations are hard to have with families who really applied for those CERB benefits in hopes of getting a leg up and were really taken off at the knees because the provincial programs are now clawing back those income assistance dollars.”

People, he said, are “left without housing, without food and shelter, in what will be a cold and snowy winter.”

Provinces have own policies on clawbacks

The federal CERB program, which is now over, provided temporary income support for people who had lost work due to COVID-19, paying out $500 a week for up to 16 weeks. Canadians who had earned more than $5,000 in the previous 12 months were eligible to apply, but applicants weren’t required to provide any proof that they had been laid off or lost their jobs due to the pandemic.

The program paid out about $80 billion in benefits to nearly nine million people before winding down in September.

Some people on disability benefits who have low-paying jobs were eligible for CERB, but others weren’t. In some cases, people switched from provincial assistance to the higher-paying CERB, while in others, they collected both — what’s known as “double-dipping.”

The consequences depend on where they live in Canada.

Saskatchewan and most Atlantic provinces decided to cut off provincial assistance or claw back payments dollar-for-dollar by the amount recipients got from CERB. Alberta, Manitoba, Ontario and Quebec instituted partial clawbacks, while British Columbia, the Northwest Territories and Yukon allowed people to keep both provincial and federal benefits.

Shane Simpson, at the time B.C.’s minister of social development and poverty reduction, said in an April 2 news release that it was a way to “complement the federal crisis measures to support our most vulnerable populations and ensure they do not fall deeper into poverty as a result of COVID-19.”

The office of federal Employment Minister Carla Qualtrough, who was in charge of CERB, said it’s always been her position that clawing back provincial assistance is “unfair” and that provinces and territories should not penalize emergency income assistance recipients.

Dorie Arnold, 43, is one of those who lost her provincial income support after she got CERB.

The Regina resident says she’s broke, homeless and worse off now than before she started receiving the federal assistance.

Arnold was evicted from her two-bedroom rental suite in north central Regina after failing to pay rent of $800 a month for three months. Her landlord also put plywood over the door to her unit.

Until recently, she had always had enough money to make rent despite struggling to scrape by on roughly $1,200 a month in provincial income and disability assistance. She has chronic health issues and hasn’t been able to work in years.

Things began to spiral downward in July when she got a tip about CERB from a stranger in the parking lot of a Tim Hortons.

“Some lady came up to my mom and asked if we were collecting the COVID money, and we were like, ‘No, we never heard of it,'” Arnold said. “She said it’s free money that’s given to the low-income families to survive while the COVID’s out.”

That wasn’t accurate, and Arnold should not have qualified for CERB payments. She said no one explained the criteria to her — or the consequences.

“One phone call, and give your social insurance [number] and then boom, you get $2,000. That’s how easy it was,” she said of the CERB process.

Arnold said a cockroach infestation in her apartment was so “disgusting” that she used most of her CERB money — $4,000 in total — to replace her furniture and blankets, and she then provided receipts to her provincial social worker to prove it.

Social Services had always paid her rent directly to the landlord, she said, so it wasn’t until the end of August that she realized she was behind in rent and she’d been cut off provincial assistance. 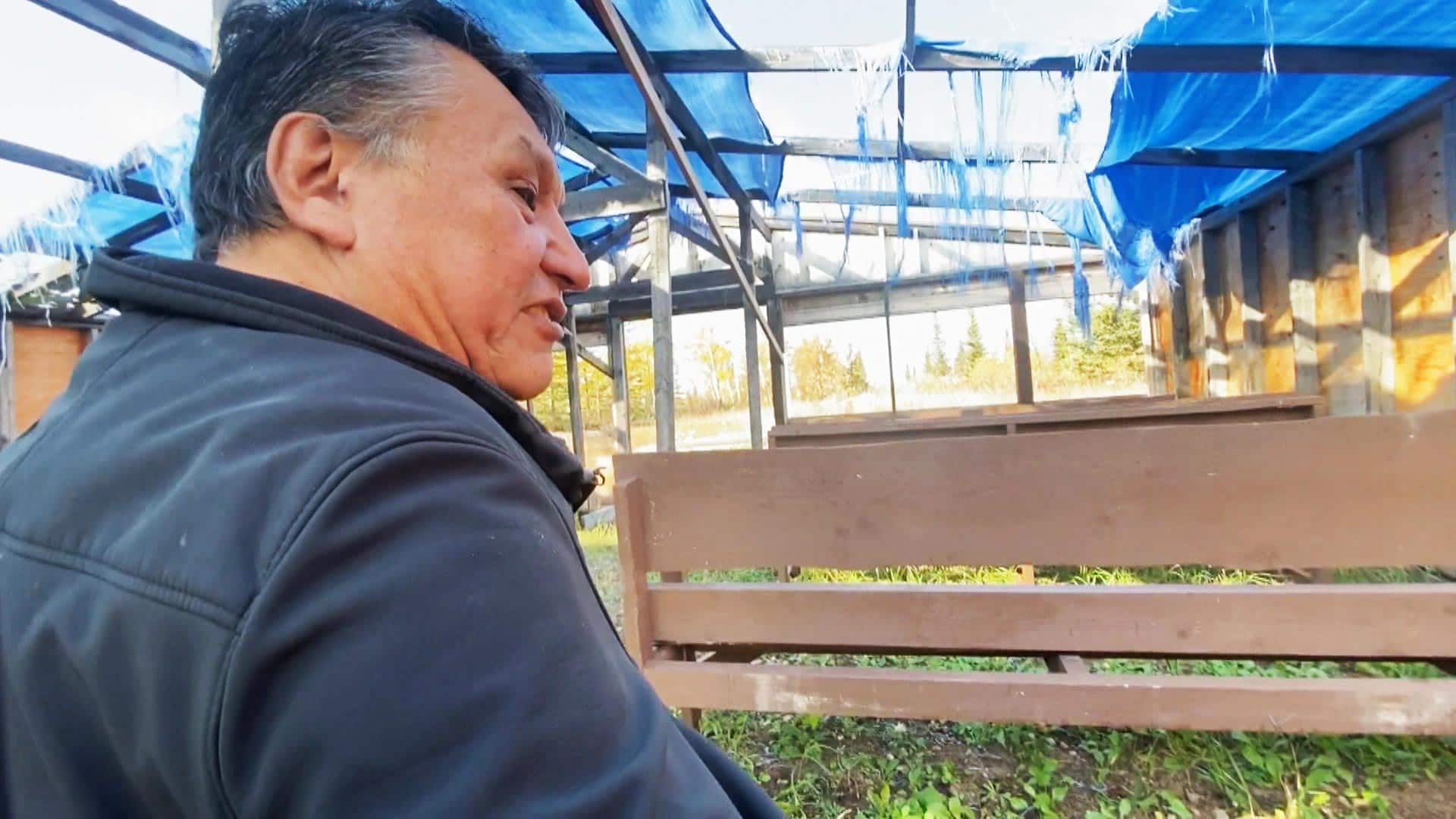 The Canadian emergency response benefit flooded the North with cash, sending millions in relief during the COVID-19 pandemic. But the funding came with unintended consequences. 3:50

The Saskatchewan government maintains CERB was for people who lost wages, not for welfare recipients. If social workers discovered early that a person had applied for the benefit, their provincial assistance was cut off and they were told to reapply in 60 days. But if someone collected both federal and provincial money at the same time and was later caught, Social Services worked out a long-term payback schedule for the CERB money that includes reductions for months to come.

Paul Merriman, the former social services minister for Saskatchewan who is now health minister, told CBC Morning Edition in September that he doesn’t think the clawback is “mean-spirited.”

“We’re not punishing them,” Merriman said. “Our [provincial] programs are a program of last resort, and they should be utilized like that. If somebody is not reporting their income to us or a change of circumstances, then they are in violation of the terms of the contract we have with them.”

Merriman said anyone who collected CERB from Ottawa and disability support from the province “could have been receiving up to $3,600 a month for four months. That’s a considerable amount of money.”

Peter Gilmer of the Regina Anti-Poverty Ministry, which advocates for low-income families, said he’s troubled that the Saskatchewan government is clawing back social assistance payments when it didn’t cost the province anything for people to collect federal CERB money.

“We do see this as the province saving money on the backs of the poorest people in the province,” Gilmer said.

“They clawed it back 100 per cent. It ended up really being a federal transfer to the province where they made a savings on the CERB monies as opposed to it being a real benefit for people on provincial income assistance programs who really needed it. I think it’s really disturbing.”

Shawn Schlechter, owner of Shawn’s Property Management, which oversees 550 rental properties in Regina, said he’s had to reduce rent or work out payment plans for tenants who are feeling the pinch from lower social assistance payments.

Most are still receiving enough provincial assistance to cover their rent or most of it, he said, and he’s been told small reductions will be made for months from the living allowance portion of welfare payments.

“It’s sad because that $50 they lose each month can make a big difference for a single mother,” he said.

Dorie Arnold, who was cut off entirely, hasn’t had any money coming in for months.

In October, she found food and shelter in Regina’s Pasqua Hospital after an untreated finger wound developed a serious infection. She spent seven weeks in hospital and got released on Thursday.

She has an appointment with Social Services next week, and she hopes she can get back on provincial income assistance.

Until then, she’ll couch surf and rely on the kindness of family and friends to survive.