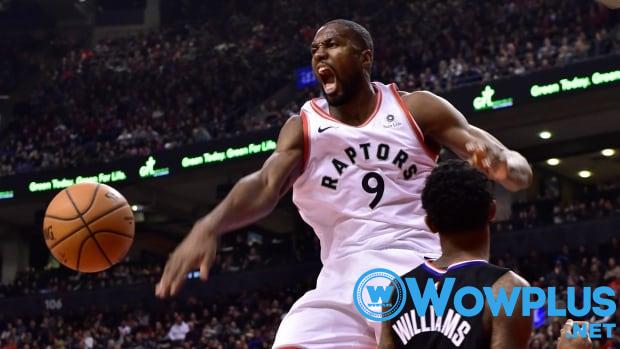 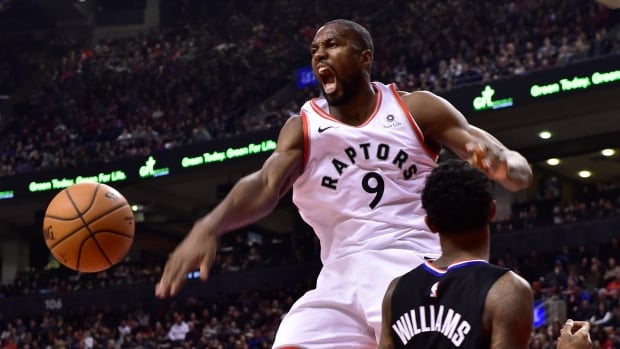 He may be leaving Toronto, but Serge Ibaka says he’ll always be a Raptor.

The 31-year-old took to social media Sunday to dole out thanks for his time with the team, saying “the love I have received on this journey I will never forget.”

“I’ve had great teammates, front office and staff next to me. And of course, a fan base that is second to none,” said the post, which accompanied a black and white photo of Ibaka walking off the court and into a plethora of outstretched hands.

“So thank you Toronto. Thank you, Canada. And thank you Raptors. I am one of yours forever. .WeTheNorth.”

His message comes amid multiple reports that Ibaka, a free agent, has signed a two-year, $19-million US contract with the Los Angeles Clippers.

The seven-foot forward came to Toronto in a trade with the Orlando Magic in 2017, and played a crucial role in helping the squad win its 2019 championship title.

Ibaka said in his post that he felt “at home from day one.”

“I feel really blessed to have played for this city, these fans, and this organization,” he said.

“It is really a great organization that takes care of its players and I’m thankful that I became an NBA Champion with them.”

In 2017, he signed a three-year, $65-million contract with the Raptors, cementing his place as Toronto’s centre.

Ibaka averaged 15.4 points per game and 8.2 rebounds a game with the Raptors last season.

He’s also well-known for his off-court personality, the Mafuzzy Chef, who gained notoriety for the YouTube series “How Hungry Are You?” where he cooked unique meals — including fried snake and a sandwich made of bull testicles — for his teammates and other NBA stars.

Hailing from the Republic of Congo, Ibaka was picked 24th overall by the Oklahoma City Thunber in the 2008 NBA draft after spending time playing basketball in Spain.

Retail sales continue rebound, having risen 7 months in a row since COVID low in April